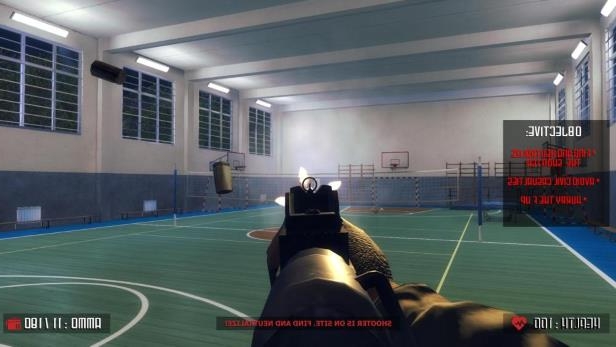 What were they thinking. A game which simulates school shootings has horrified millions of people after it was set for release on the popular PC game store Steam on June 6th.

‘Valve’, the American game developer responsible for the game’s origination has landed itself in hot water again not five months after being ordered to pay a 3 million dollar fine for engaging in misleading or deceptive conduct in Australia by the ACCC.

“How can anyone sleep at night knowing that they are profiting from turning deadly school shootings into entertainment?” The petition reads, and one would have to agree.

Valve has since cancelled the game’s release, but the very fact that it was ever considered for development in the first place has a lot of people scratching their heads, especially the families of those who have lost their lives in school shooting massacres.

The trailer for the game offered gameplay from both perspectives, and is fairly confronting to watch. The most distressing part for me however wasn’t the dead students that littered the floor, it was the box on the left hand side of the display that was counting the number of police and civilians that the user had killed – Absolutely sickening.

Perhaps the most pertinent criticism of all has come from Fred Guttenberg, a man whose daughter Jaime was killed in the recent school shooting in Parkland Florida which claimed the lives of 17 people and injured a further 17.

“I have seen and heard many horrific things over the past few months since my daughter was the victim of a school shooting and is now dead in real life. This game may be one of the worst.” he stated on a twitter post. “This company should face the wrath of everyone who cares about school and public safety and it should start immediately. Do not buy this game for your kids or any other game made by this company.”

How anyone ever thought that a game that simulates school massacres was a good idea beggars belief.

Valve has a hell of a lot of apologising to do.