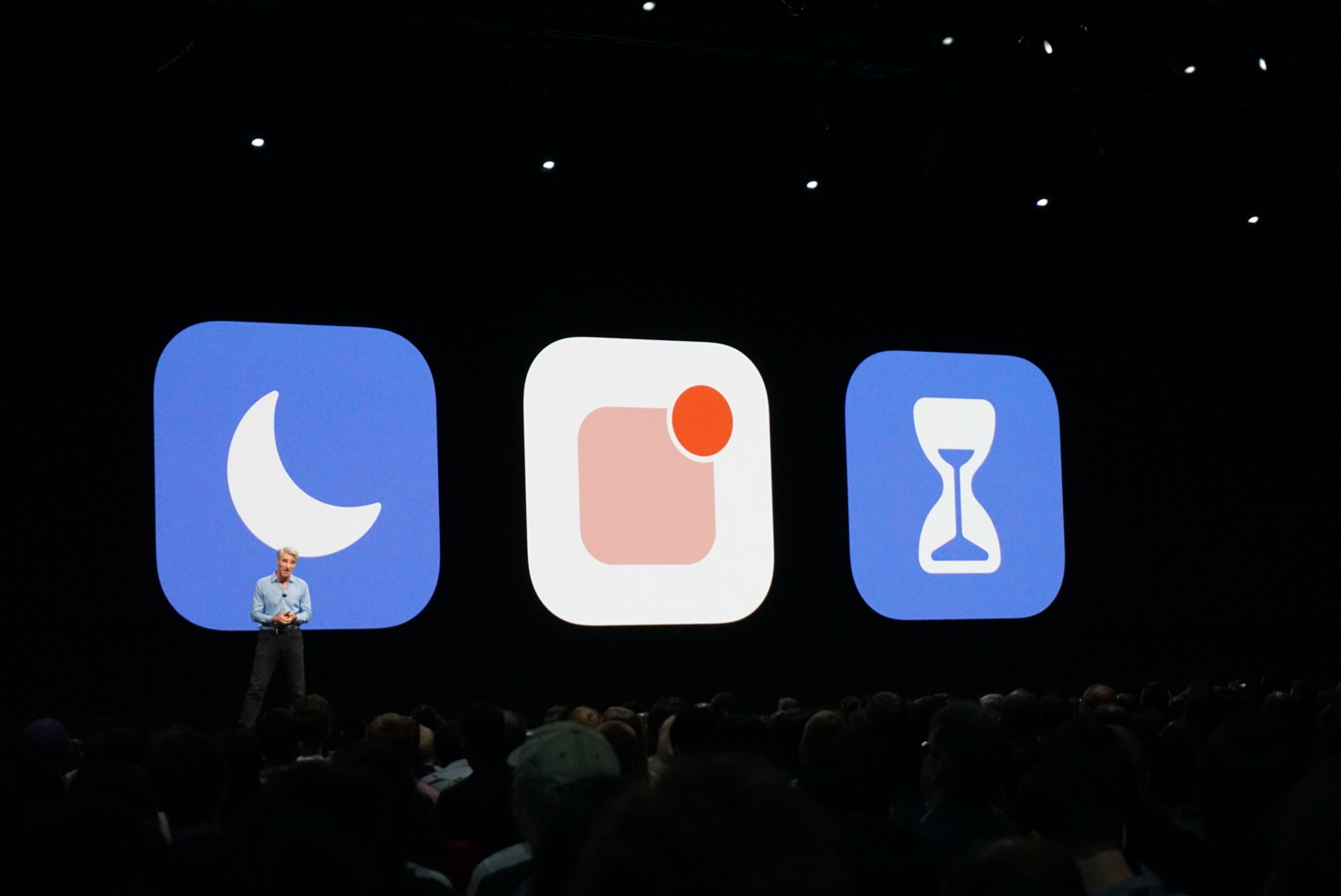 At their Worldwide Developers Conference in San Jose today Apple announced a range of new features coming to iPhones and iPads later this year which serve to help control and manage digital addiction and screen time in this modern age.

Acknowledging the problem, Apple’s Craig Federighi said the new apps were a “comprehensive set of built in features to limit distraction” and were made to help you focus and to “understand how you’re spending your time” with your device. 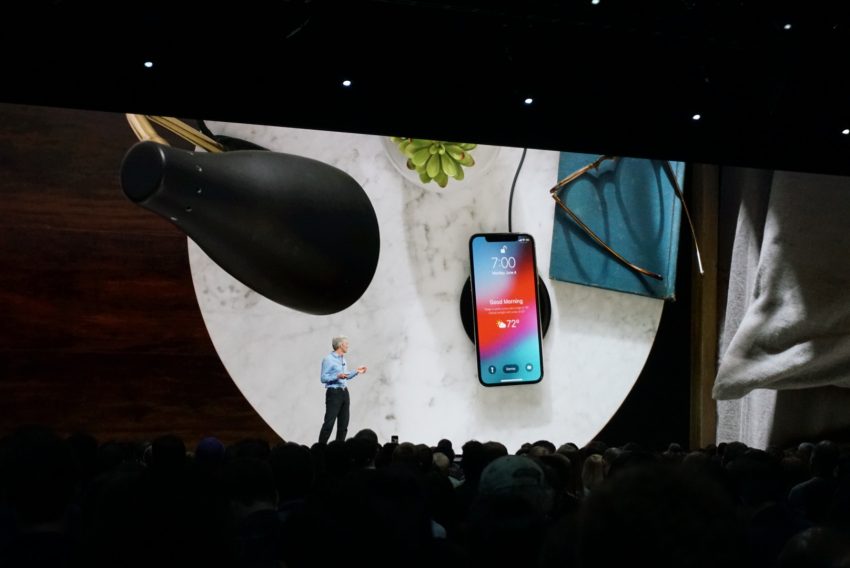 Rather than a single App, Apple has cleverly set this philosophy to work across three apps within the new iOS 12 which launches later this year.

Firstly for those who use Do Not Disturb mode, there’s an update to that feature which ensures that when you wake up in the middle of the night and glance at your phone to see the time, you’re not tempted back into your phone with a range of notifications.

Instead the Night Time DND mode only shows a quite dark screen with the time, your notifications are hidden unless you specifically unlock the phone.

Similarly, first thing in the morning you’ll get the time and weather, rather than a barrage of notifications.

And when it comes to notifications, it seems Apple has become very aware that they are the bane of our lives, with new ways to display and control your notifications. On the lock screen they are grouped together rather than one by one.

They can also be instantly “tuned” so you can set an app’s notification settings to be more to your liking with a simple tap. 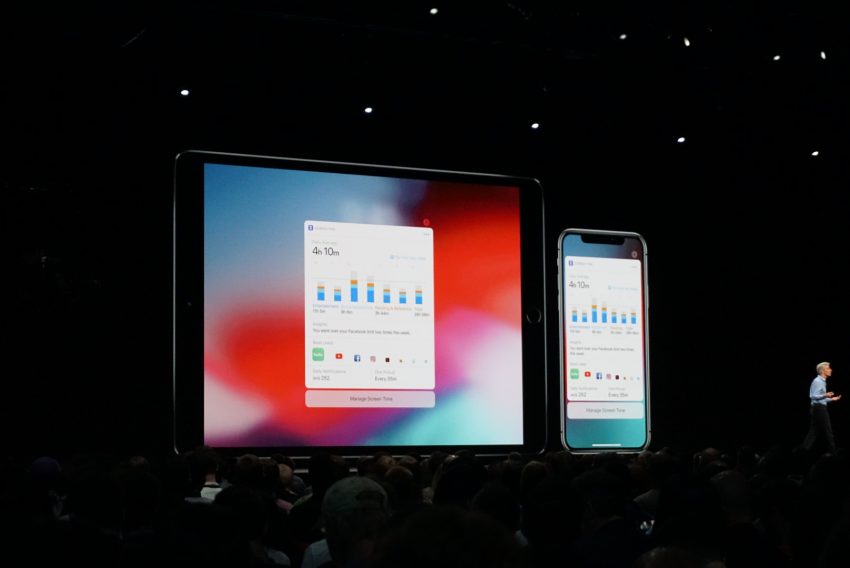 But it’s the Screen Time app that will have the most effect. This new App will issue you a weekly summary of your device usage activity. From the time you used it, the apps you used, the number of times you picked up your phone and the apps which issued the most notifications.

You can then control and action these features including setting limits on individual app usage time each day.

If you set a 1 hour usage limit on an app, you’ll get a notification prior to that time that you’re hitting the limit. 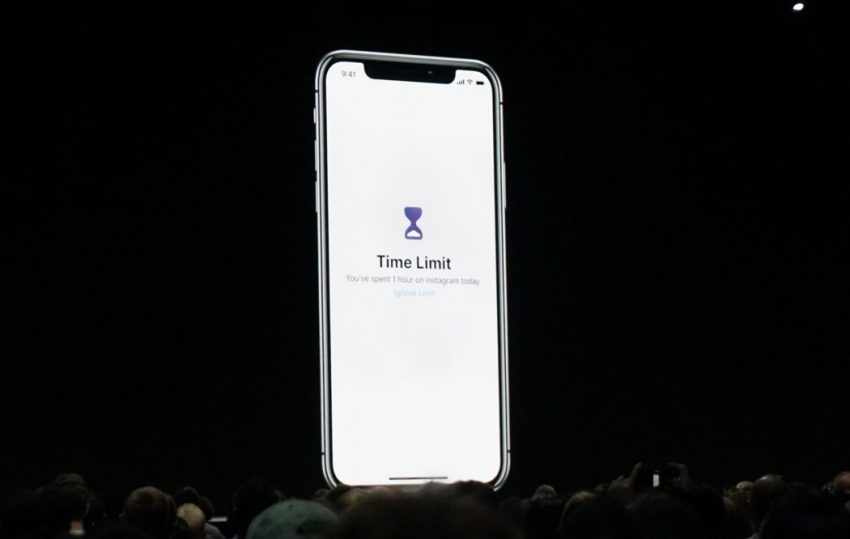 Of course, you can just extend – but the reality is most people wouldn’t be aware of just how much they are using their phone and many apps.

Critically, while this is a great tool for the adults in the room who may have a much higher level dependance on their device than they might admit – it’s also been built for families.

Parents can view the same weekly report for the kids, and set app limits from their own device for the time their kids can spend app to app – even within groups like “gaming” for example. 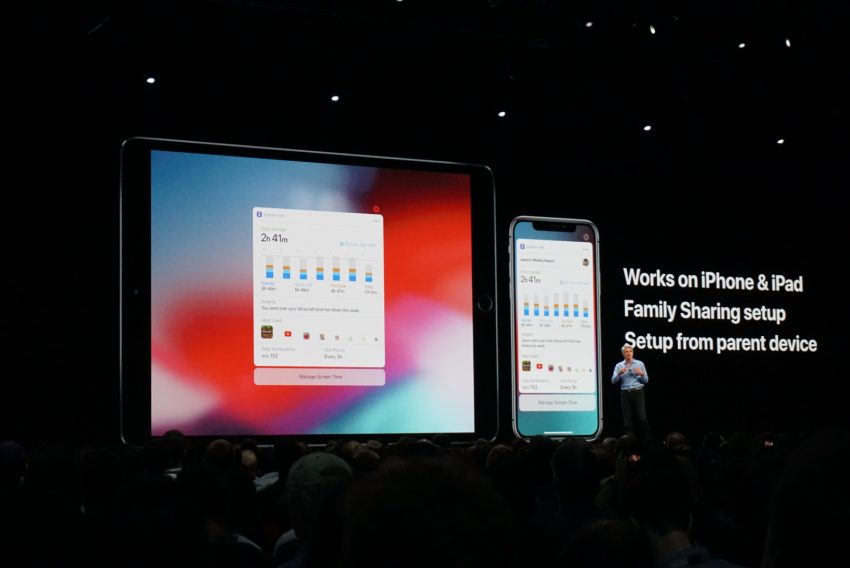 Just like Do Not Disturb while driving mode this time last year, Apple’s Screen Time app shows a genuine corporate social responsibility and if implemented and embraced by users can most certainly go some way to helping to break our digital addiction.

The update will come as part of iOS 12, which will be available later this year, most likely around September.