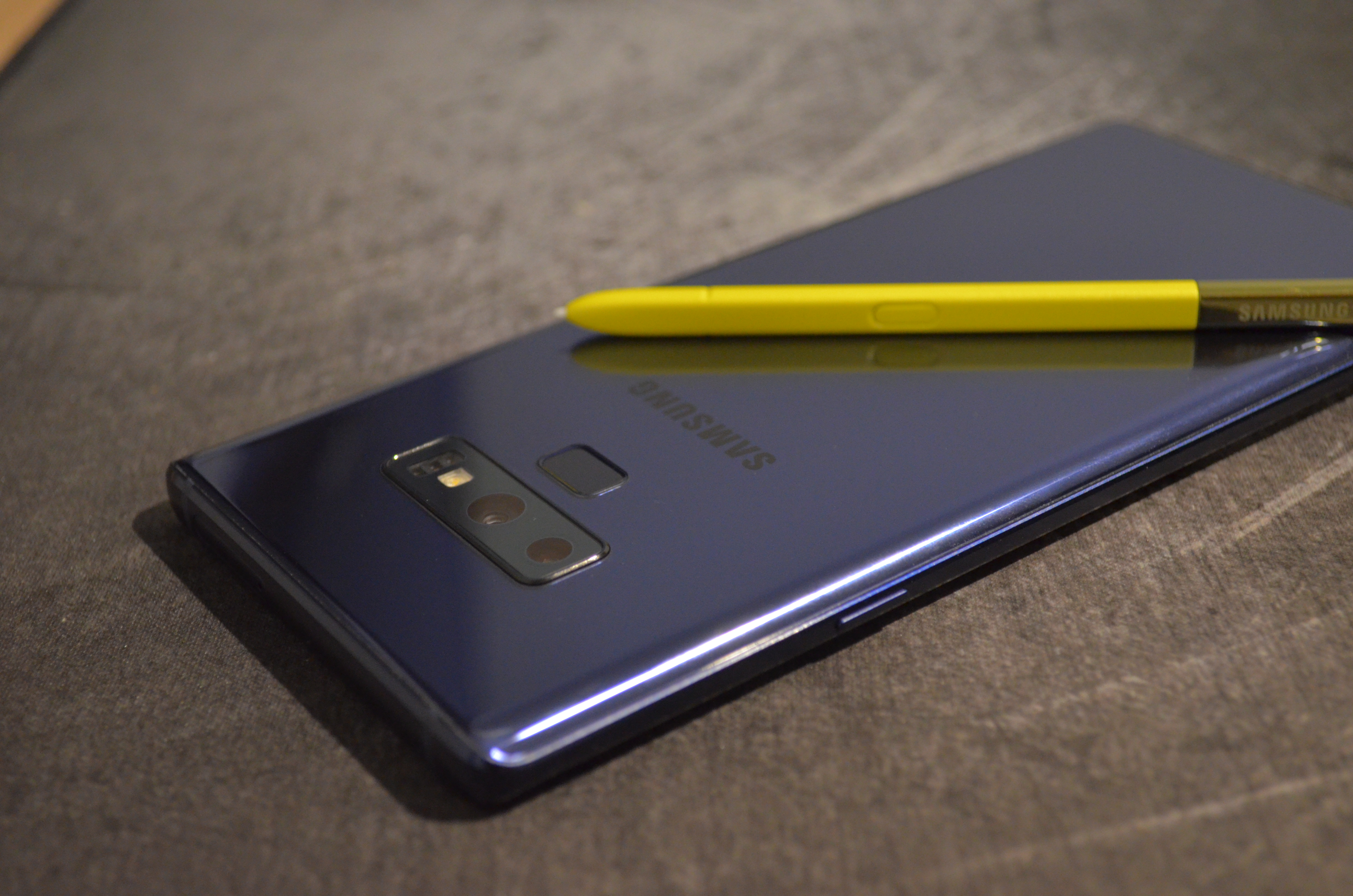 The power, size and functionality of the Samsung Galaxy Note 9 are overwhelming, but the question front of everyone’s mind; Is it worth the money? Well let me break this down as simply as possible and let you make up your mind.

If money is no object, this is THE phone. Only you can decide whether $1499 can be justifiably spent on a smartphone, but let me tell you that the Samsung Galaxy Note 9 is the most impressive mobile phone I’ve ever seen. Every aspect of it is both beautiful and functional – the ideal device for the businessperson or worker constantly on the move. 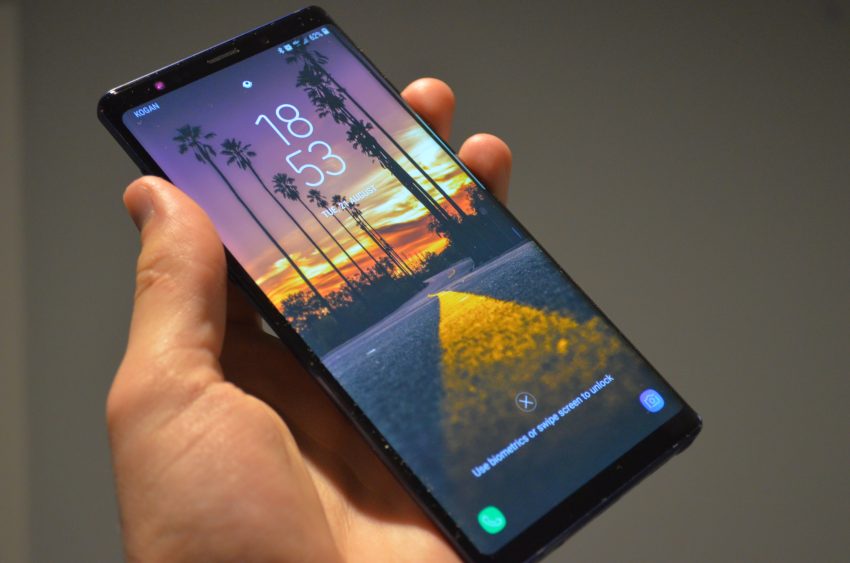 Why even write a full review when “Big, beautiful but pricey” is a complete summary? Look, I’ll try… The Samsung Galaxy Note 9 is the phone that a lot of Android users have been eagerly awaiting – it’s the mobile phone version of Dwayne ‘The Rock’ Johnson – incredibly large yet visually stunning, packed with big hardware yet sophisticated. From the physical gear behind it, to the camera-AI software, Samsung have dropped some bombs in the smartphone game with the Note 9.

Let me start at the screen, the first and most immediately impressing feature. The 6.4” curved infinity display is the largest Samsung has built (infinity display = thin bezel). Every single person that’s seen the Note 9 during my review process has been understandably impressed by how sharp this screen is. 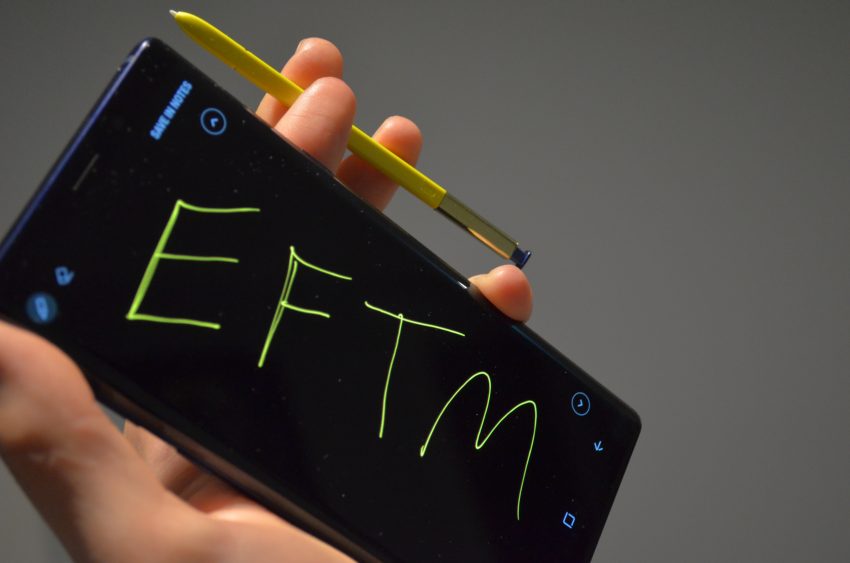 One of the features you’ll see advertised with almost every shot of the Note 9 is the S Pen. The S Pen is a bluetooth enabled stylus with a button to allow some control over a select few applications. I have traditionally been very anti-stylus – but the S Pen is so much more functional than your traditional stylus. As a clinical narcissist and aspiring model, I’ve found the most useful feature the ability to use the S Pen as a camera remote. You can also use it to write memos (even when the phone is locked), unlock your phone, draw on photos/write personal messages and annotate while browsing emails or articles. 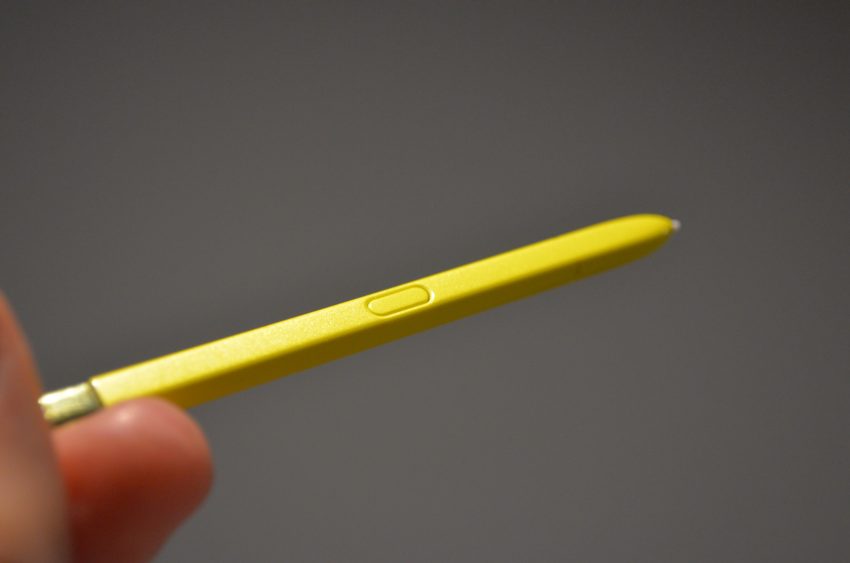 A natural concern when discussing removable accessories is losing them, Samsung have responded to this with an alarm – an alarm that sounds when your screen is locked and you walk too far away from your S Pen. You’ll find it tucked up in the bottom of the phone, right about here; 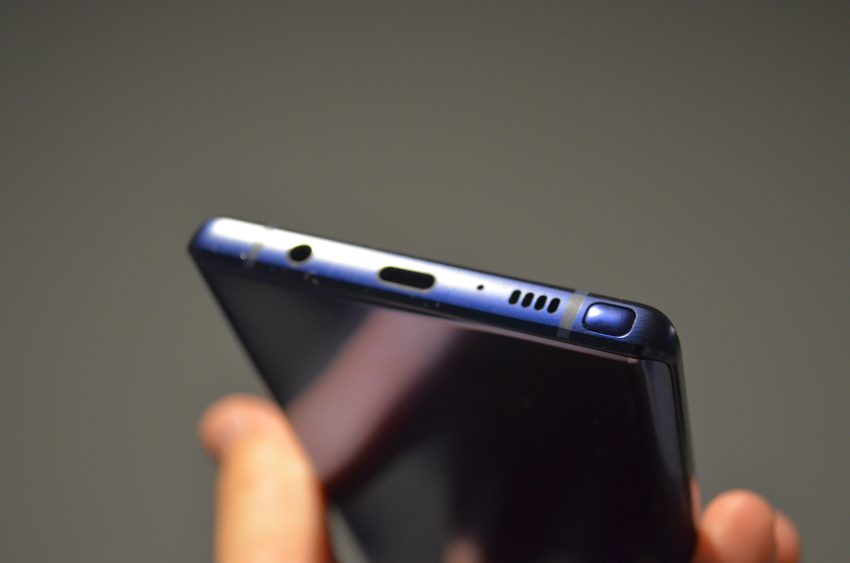 A computer and a phone

For those unfamiliar with Samsung DeX, it’s a wonderful piece of tech from Samsung that allows you to convert your Samsung Galaxy device (8 or over) into what is essentially a laptop. Operationally, it allows you to connect a keyboard, mouse and monitor to your phone which is just brilliant. The biggest innovation with the Galaxy Note 9 is that you no longer require the Samsung DeX accessories! A USB-C port dongle can connect directly to the bottom of the Note 9 and you’re set. Having not used anything like DeX before, I was thoroughly impressed with how powerful and sharp it was. In every way better than low-tier laptops while still being a fully functioning flagship phone. This functionality makes the Note 9 the next real PDA – the device of the businessperson who would otherwise be carrying around a laptop or relying on multiple desktops across multiple office/home spaces. 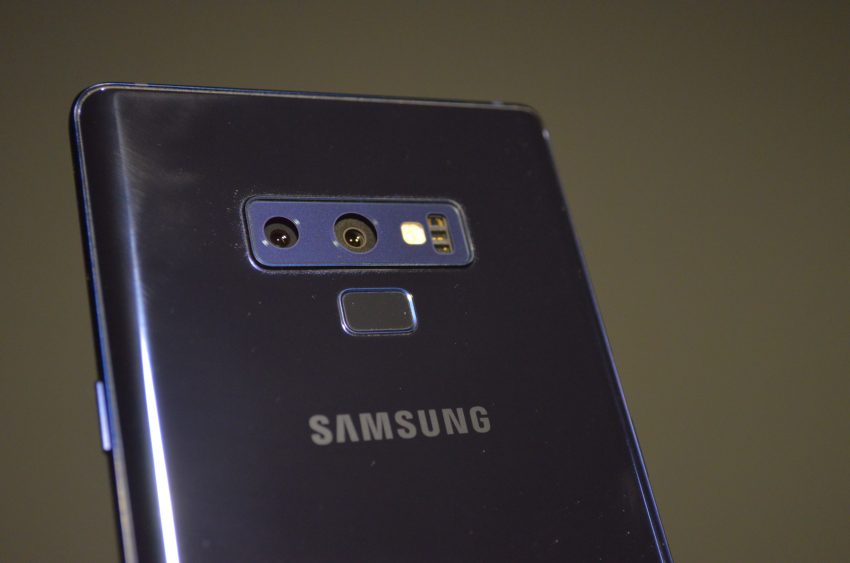 A big feature of the Note 9 is the 4,000 mAh battery. The vast majority of phones in the market cap out at about 3,300 mAh, and while I’ve never had a problem with a 3,300 mAh battery, it’s nice not having any power concerns going through the day. As a geek, I probably use my phone a fair bit more often than most, and will regularly end up in power saving mode around 4/5pm until I make my way home – an inconvenience I haven’t experienced with the Note 9. Running a USB-C charging port and also compatible with wireless charging platforms, the latest iteration in the Note series tops the market in battery configurations.

The Note 9 houses one of the only noticeably effective pieces of camera-AI software on the market. Watching this phone accurately identifying and adjusting camera settings to best suit the desired shot, I was thoroughly impressed. As per being a top of the line flagship phone, regardless of low-lighting, highlighting, indoors, outdoors, left, right or upside-down – the camera still performed.

A really groovy feature I enjoyed playing with was the ‘Live Focus’ followed up by the ‘Close Up’ vs ‘Wide Angle’ shot. That sounds a little confusing but essentially what it means is that I took one phone, real nice and close up with a blurred background – but the Note 9 actually saved a separate version of this shot. See below;

Rather surprisingly the biometrics on the Note 9 aren’t as quick as I’ve come to expect from newer phones, but that doesn’t mean they’re not secure. In fact, it’s more likely that the delay is due to being more thorough with iris/facial scans than other phones. Between iris, facial and fingerprint recognition – the Note 9 isn’t remotely short of biometric security measures.

Bits and Bobs and then some

There are a few little things that deserve a mention such as dual-sim, optional 512GB external storage and the three optional colours; Midnight Black, Ocean Blue and Metallic Copper. 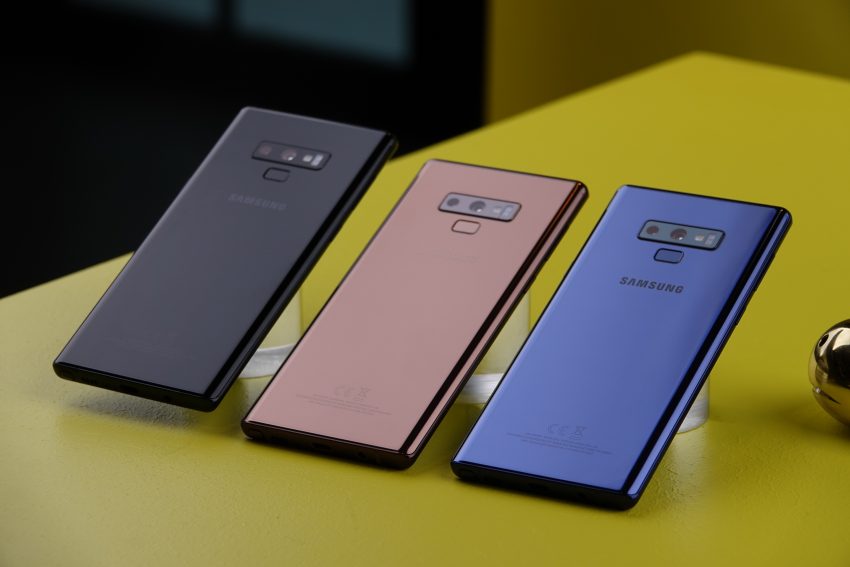