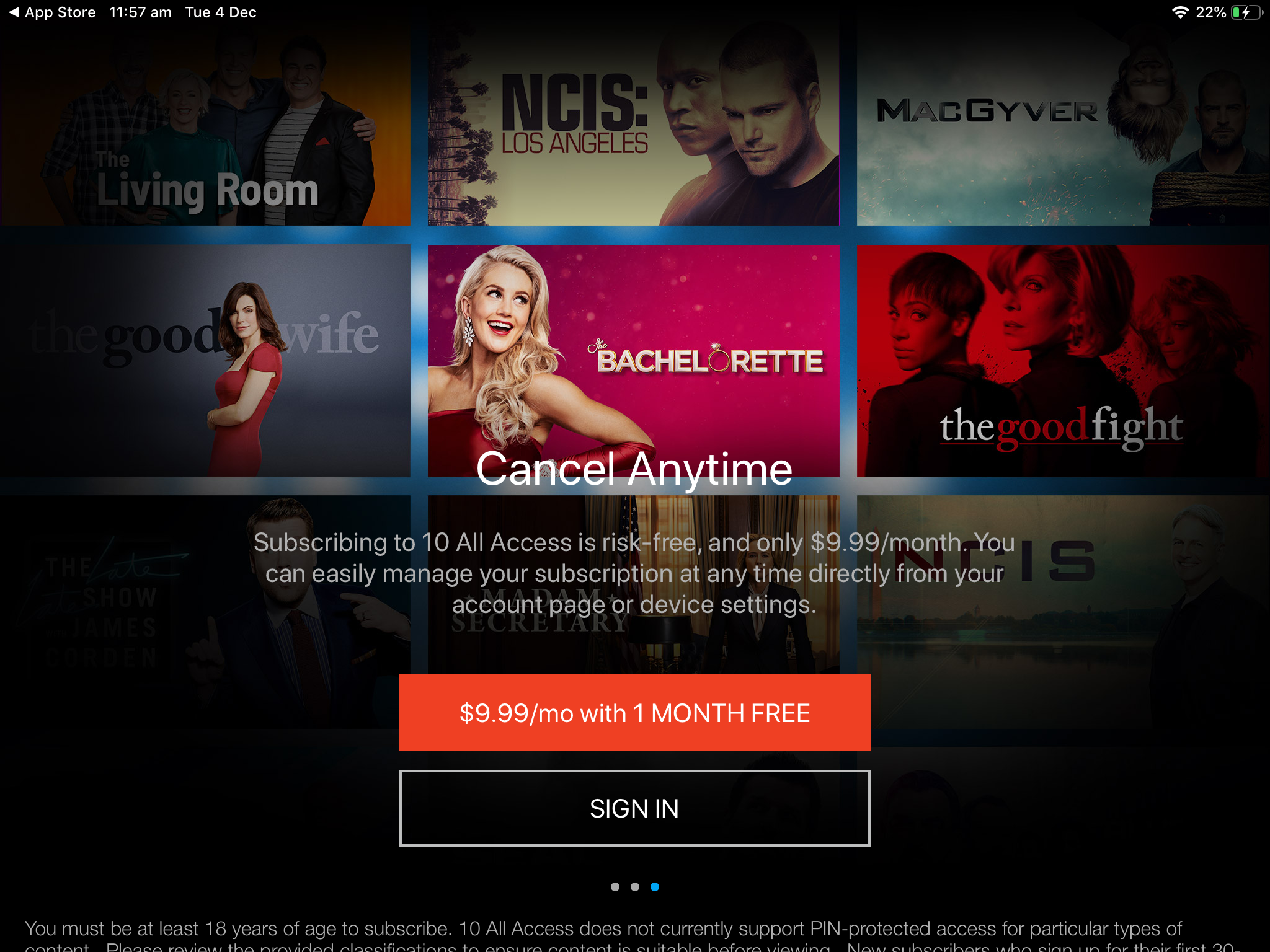 And here you were thinking your Netflix and Stan subscriptions were starting to add up. Network Ten – under new owners CBS have just announced the pricing and content for their new Subscription TV service “10 All Access”.

$9.99 a month gets you 7,000 episodes of content from CBS and 10 – sounds like a lot, but in reality, it’s a very clear set of content that might not appeal to everyone, though the temptation to see Back to Back Osher Günsberg could be worth the $9.99 for many! 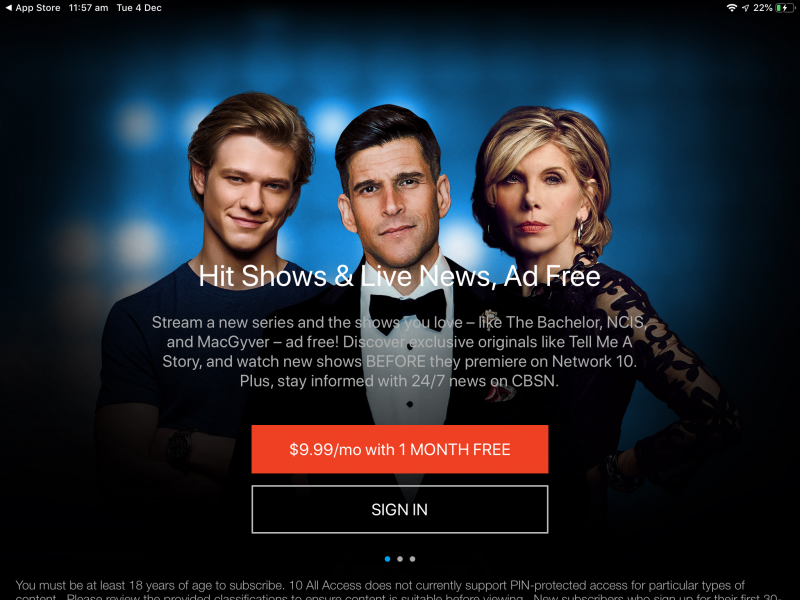 Network 10’s chief executive officer Paul Anderson said: “10 All Access gives us a fantastic new avenue to engage audiences with premium entertainment any way they want it. It fits perfectly into the 10 family alongside our broadcast channels, 10, 10 Boss and 10 Peach, our catch-up service 10 Play, and our news and entertainment site 10 Daily. We’ll continue to evolve 10 All Access with more great content to binge on and more product features to enhance the viewing experience. We are just getting started.”

And it should work on a bunch of devices, including iOS, Android, Apple TV, Android TV, Chromecast and of course on the web at 10allaccess.com.au.

For your $9.99 you can watch on three screens simultaneously with the one subscription. 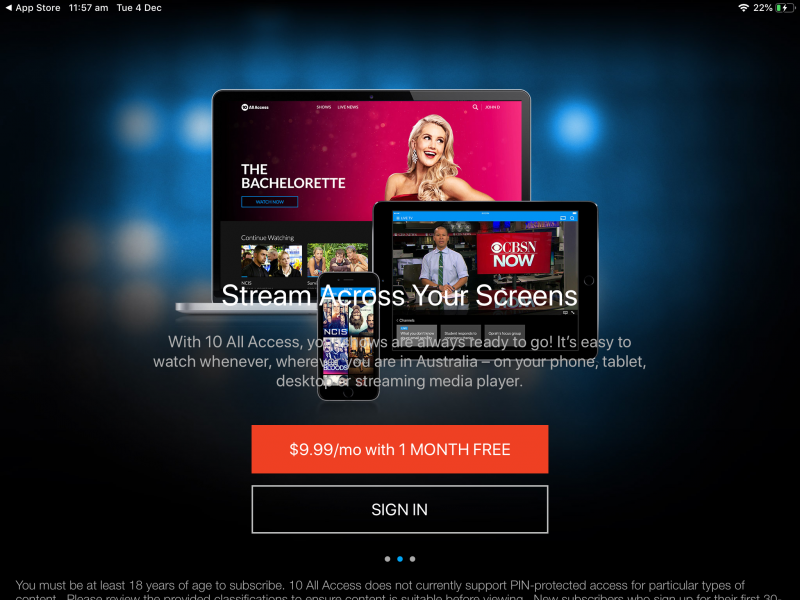 CBS Interactive’s president and chief operating officer Marc DeBevoise said: “10 All Access brings thousands of episodes of CBS and 10’s leading programming to digital platforms, making it simple for fans looking for more of their favourite television content to get it in one easy-to-use, multiplatform service. We look forward to continuing to expand 10 All Access to additional platforms and bring TV fans even more of the programming they want to watch.”

Looking for a classic? Melrose Place – Binge it, Frasier – Binge it, Cheers – Binge It! There’s some good stuff there.

Question is, what gives? Is this an add on for you, or does it replace one of the other paid services.

Network 10’s chief content officer Beverley McGarvey said: “10 All Access is bursting with brilliant shows – my biggest dilemma will be which series to watch first! With 10 All Access, you can spend your summer binge-watching classics like Melrose Place and Cheers, or discovering exciting new series like Tell Me a Story and One Dollar. And if you were late to The Bachelor Australia or The Bachelorette Australia party, you can also stream the last three seasons of each series to catch up!”