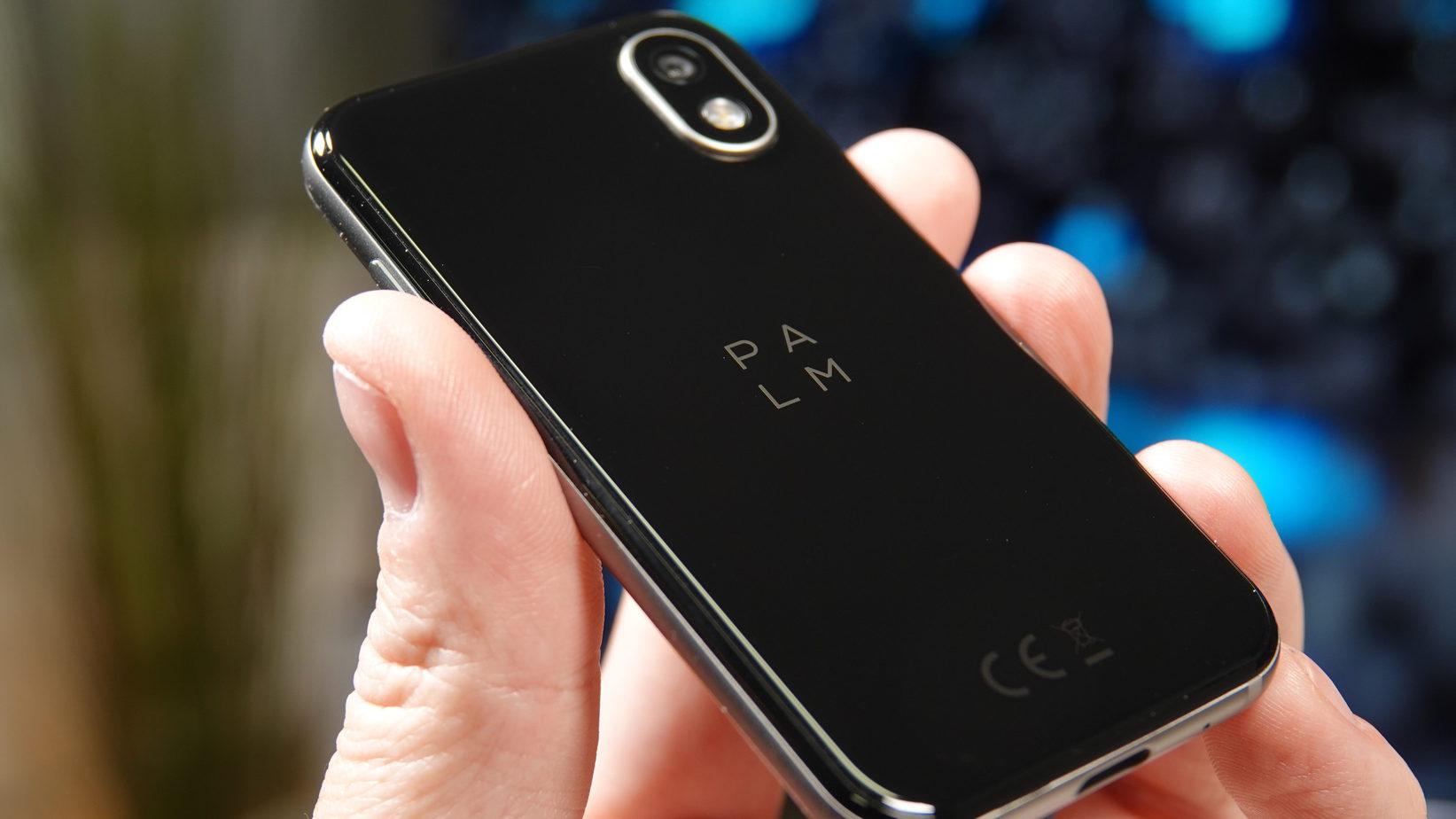 This is the smallest smartphone you can buy, and it’s not cheap – but boy does it make you re-think how you use your phone and our addiction to all things notification.

The marketing blurb describes the Palm as “A compact but powerful device for active lifestyles, digital minimalists, and people who live their lives outside of the screen.”

Honestly, that’s so spot on.

It is most certainly compact – I mean here it is alongside the biggest smartphone you can buy the latest Samsung Galaxy Note 10+:

In your hand it can only be described as a strange thing to hold – takes a few days to get used to.

Why does it exist? Because someone had the idea that you could keep in touch, stay doing the things you want to do, but perhaps be less addicted, perhaps take more time away from the screen.

In some markets the Palm’s real appeal is having a second SIM card with the same mobile number. Imagine putting your main phone on silent, on charge and picking up your Palm for the weekend and still being contactable.

Not as easy here in Australia where a second SIM with the same number is not possible. So for this you need the Palm to be your primary device, to be willing to put your SIM card into it on the weekend, or just to have a second “weekend” number.

Now is not the time of year for me to do this, but I certainly want to give this a full week test at some stage on my primary number to see if I can better “switch off”

When enabled, you can still open apps, browse instagram and other apps, and listen to music on Bluetooth.

But you won’t get notifications, no calls, no nothing – unless you modify it.

Kinda like Do Not Disturb mode – but in more detail.

It’s a huge appeal for why you’d buy this device.

The other is that you really do need to be contactable, you do need “those” apps, but you don’t want the drama. Easy – this thing is almost forgettable it’s that small.

Actually, you get very used to it, very fast.

Running Android – but using a more icon based interface – kinda similar to how Apple first used apps on the Apple Watch – You can install apps – no drama. Instagram works, looks fine – easy to use.

Typing will be your main issue – but again, it strangely forces you to keep it short and simple in messaging.

It still has cameras, and not terrible ones at that – here’s a Shot from the latest Samsung;

Here’s the same shot on the Palm:

It’s really about the colours – but that is a phone way more than double the price too. Honestly, It’s impressive for the size.

Face Unlock on board works a charm, and really it’s getting used to the gestures to use Android, as well as the lack of volume buttons (instead Volume controls are on the notification menu)

Honestly – I love it. But at $699 it would be hard to justify. If you’re a true minimalist, someone who needs a screen break regularly, or someone who just has no great need for all the big features of popular phones – Palm is well and truly worth a look.

It’s only at JB Hi-Fi, so get one while they last.