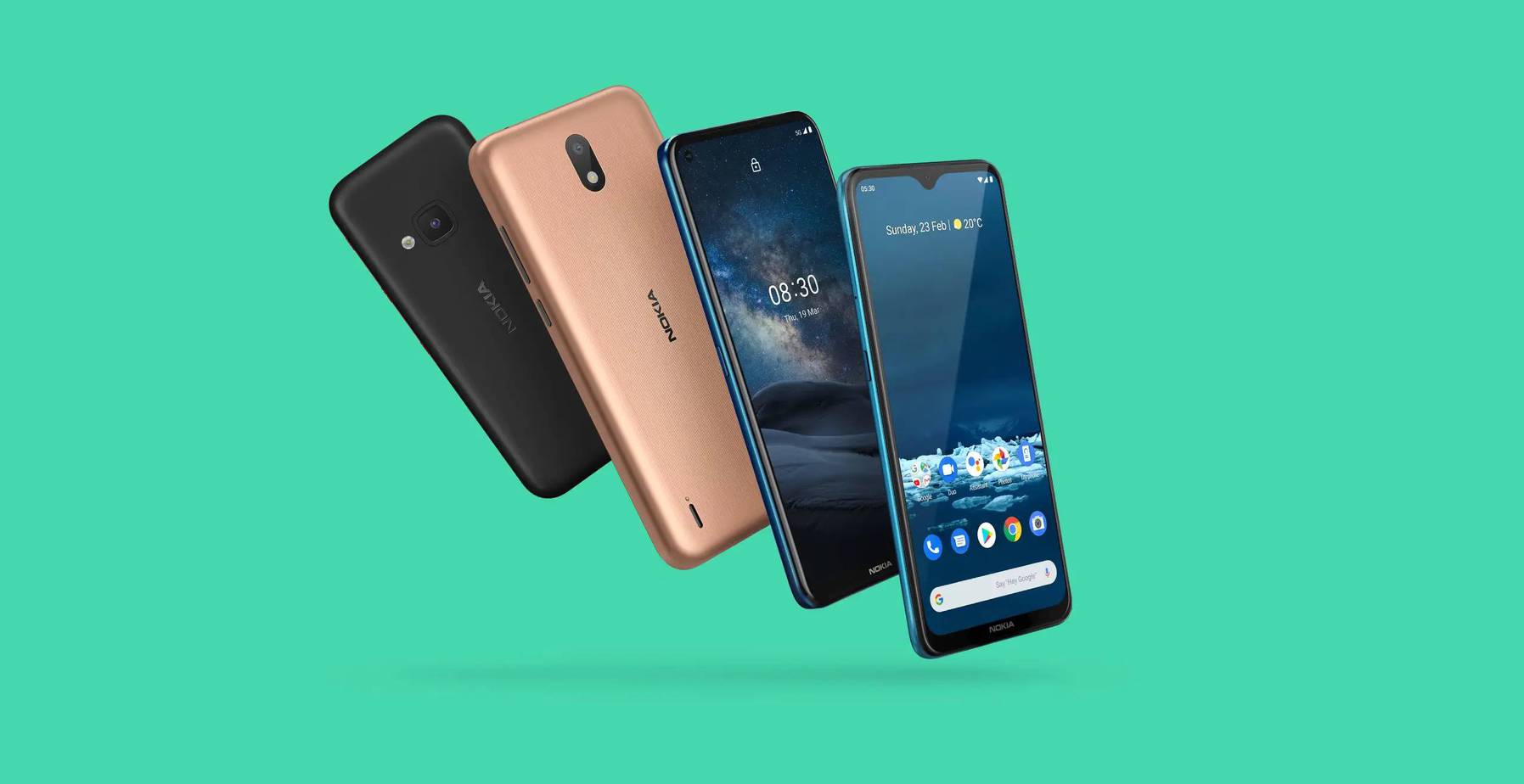 The announcements post-cancellation of Mobile World Congress continues today with HMD Global announcing their slate of new phones. The new range includes the high-end Nokia 8.3, their first 5G phone, the Nokia 5.3 and 1.3 and a new ‘original’, the Nokia 5310.

Nokia’s new range is running either Android One, which receives streamlined updates directly from Google, or Android Go, a version of Android designed for phones with lower end hardware – both of which will receive updates for three years, including Android 12.

HMD Global have said that ‘All phones in the Android One portfolio benefit from monthly security updates, and with HMD Global’s data collection centre based in Finland and compliant with European security measures and legislation, all Nokia users benefit from the highest global security standards’.

Nokia 8.3
The headline for the launch is the Nokia 8.3 5G, HMD Global’s first Nokia 5G phone. It’s a big deal for Nokia, and they’re making sure everyone knows that it’s the first 5G phone that supports all current 5G bands from 600Mhz to 3.8GHz. The support is thanks to Qualcomm’s modular platform which condenses more than 40 different RF components into a single module.

The Nokia 8.3 will include a 6.81-inch display with a punch-hole notch in the upper left, and is powered by a Qualcomm Snapdragon 765 CPU with either 6GB or 8GB of RAM, and options for either 64GB or 128GB of internal storage. You should get all day usage out of the 4,500mAh battery inside too.

Camera wise, the Nokia 8.3 includes their PureView quad camera with ZEISS Optics, in fact it’s the first phone to debut the ZEISS Cinema capture and editor for video capture.

The other ‘feature’ of the Nokia 8.3 is of course it’s upcoming feature slot in the James Bond No Time to Die movie, set to hit cinemas in November.

Bond fans who own a Nokia 6.2 or 7.2 will also be able to get their hands on a limited edition kevlar case ‘soon’, which HMD Global says is ‘a material that’s five times stronger than steel and used in bullet-proof vests’. It looks pretty neat though.

Nokia 5.3
If flagship feaures aren’t your thing, then HMD Global also has more mid-range offerings with the Nokia 5.3 announced with quad-camera and a stunning design.

The Nokia 5.3 includes decent specs with a Qualcomm Snapdragon 665 processor, 3GB, 4GB or 6GB of RAM and 64GB of storage (with microSD card support). There’s a 6.55-inch, 720p+ display on the front, with a tear-drop notch to house the 8MP selfie camera and it’s powered by a 4,000mAh battery. Bonus: A headphone jack, and dedicated Google Assistant button!

This is Nokia too, so don’t forget the camera, because they haven’t. The Nokia 5.3 packs a 13MP main sensor, 2MP macro camera, 5MP ultrawide camera, and a 2MP depth sensor into their quad-camera array with an LED flash to boot.

You’ll be able to get your hands on the Nokia 5.3 in Cyan, Sand, Charcoal, though we’re waiting on HMD Global to announce local options.

Nokia 1.3
Finally, the Nokia 1.3 was announced for budget conscious users. The phone runs Android Go based on Android 11.

The Nokia 1.3 with Android Go features a5.71-inch 720p+ resolution display, again with a tear drop notch, which hides a 5MP selfie camera. The phone packs in a Qualcomm 215 processor, 1GB of RAM, 16GB of storage and a removable 3,000 mAh battery, but you get a microUSB port instead of USB-C so there’s that.

You only get a single 8MP camera sensor on the rear of the phone, but it’s packing a punch with the new Lens Go and Camera Go apps – Google’s less resource intensive apps designed for lower-end phones running Android Go. The Camera Go apps supports low-light AI image fusion technology and portrait mode, so we expect big things for the Nokia 1.3.

We’ll see the Nokia 1.3 in Cyan, Charcoal and Sand, but of course we’ll have to wait for local launch info to see which colours will land in Australia.

Nokia 5310
Last, but not least is another of the Nokia Original’s series which HMD Global has been relaunching for the last few years. This year we get the Nokia 5310, a music playing powerhouse which kids from the early 2000’s should remember.

The original was an ‘Xpress Music mobile phone, introduced on 29 August 2007’, and HMD Global are keen to continue this legacy. The 5310 includes a headphone jack, ‘MP3 player and wireless FM radio with dedicated music buttons and powerful dual front-facing speakers’.

Spec wise, there’s nothing overly outrageous here with a 2.4” QVGA, and it runs on a Mediatek MT6260A processor and comes with a mighty 8MB (yes, 8MB) RAM and 16MB of storage – but there’s a microSD card slot to support more storage.

The phone runs the Series 30+ operating system – there’s no Android on board here.

Before you get too excited though, the phone only runs on 2G networks – which Australia has shut down completely – so we’re likely not going to see this phone launch here in Australia.

HMD Global has announced nothing for local launches, so stay tuned over the next couple of months for more info.