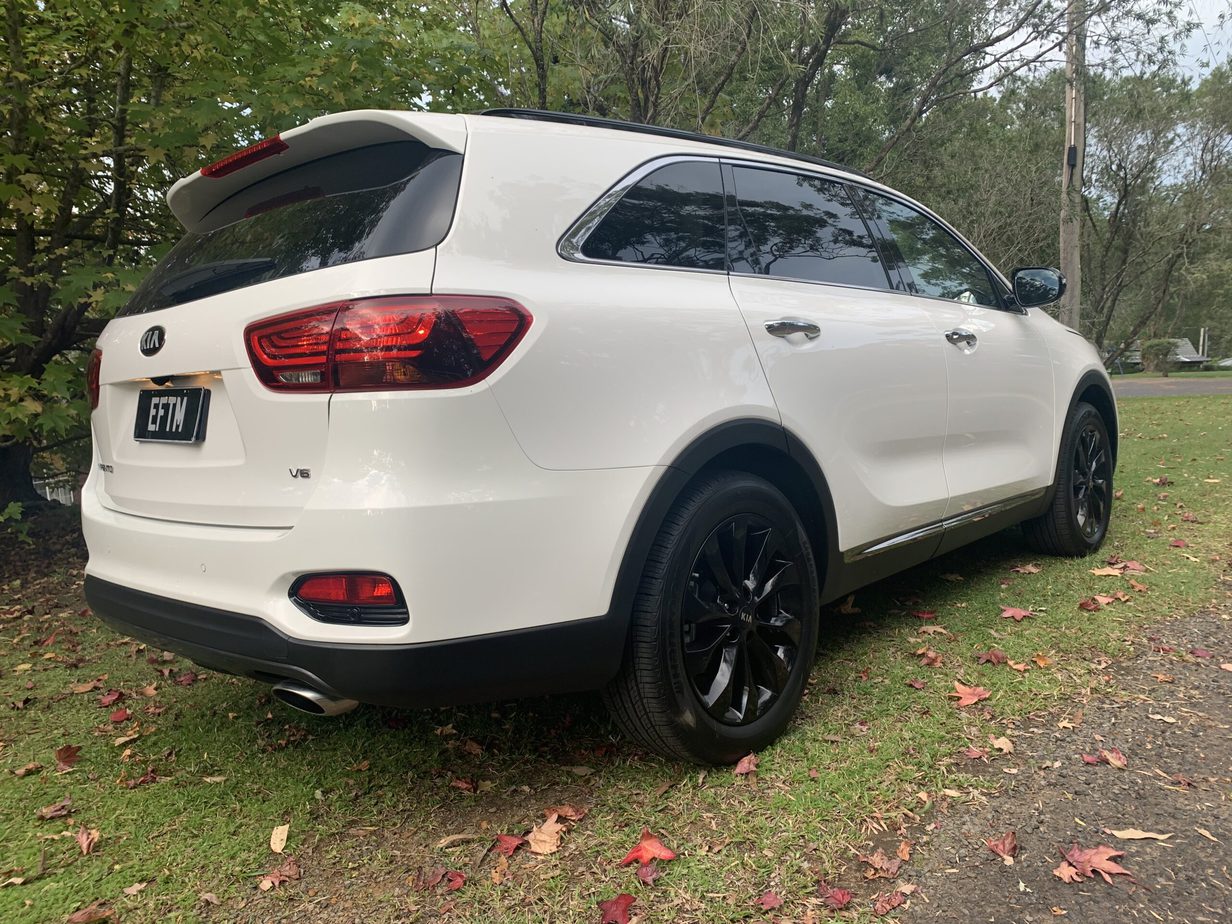 I’m old enough to remember when the Koreans first arrived. A friend’s dad had one of the first Hyundai Excels in Australia (a second generation specimen). By the time the third generation arrived, they were selling what seemed like millions of the things.

It’s difficult to forget the hard plastics and woeful driving dynamics of these early Excels. Later, head gasket dramas with the Rover sourced (what were they thinking!) V6 Kia Carnival caused headaches for mums and dads everywhere. But, and it’s a big but, unlike most car manufacturers, Kia actually came to the party, replacing engines for free.

I’m a committed europhile when it comes to buying cars, but it is this commitment to their customers that has led me to approach the Kia Sorento Black Edition with a completely open mind. I’m so glad I did because after having the Sorento in the EFTM Garage for a little while I’m going to call it. This is the best family car on the market. Period.

Pretty much everything. Even the base model comes with lane keep assist semi-autonomous steering (which works well on the freeway, but not flawlessly), autonomous braking, active cruise control, USB charging ports all over the place as well as Apple CarPlay.

As you go up the grades, the comfort features just keep on coming. Higher grades sport heated and cooling seats and an even more comprehensive active safety suite.

Why do I think the Sorento is the best family car on the market? A combination of factors really.

It’s good value; thousands cheaper than the Mazda CX9, although nowhere near as well finished. The interior finish is basic, but looks really long-lasting; exactly what a family needs and much more practical than acres of gloss piano finish.

It’s roomy, with a decent 7 seat arrangement and air conditioning controls and vents fitted all the way in the back and the middle row. More than all of this though is the way that you can steer the big Sorento on the throttle. The Sorento murders country roads with a really responsive chassis and a throaty note from the V6.

The Australian tuned suspension is near flawless – lacking only a little dampening at the rear. This really is an impressive chassis; not something I was expecting at all, but something that I really appreciate. I’m a dad, not dead. Don’t give me a family car that steers like a barge – it’s insulting.

The Sorento is a hard car to criticise. There are weaknesses of course, but they are compromises that you can live with. For example, the side profile isn’t exactly sexy, but it’s a seven seater so what do you expect.

The front end (front wheel drive in the V6 petrol models – the diesel is four wheel drive) really lights up the tyres at the slightest provocation, but it’s bloody hard to push 206kw through the front wheels.

Let’s put this in perspective. It wasn’t that long ago that the stroked 5.7 litre V8 in the limited edition HSV GTS-R made just nine more kilowatts! No wonder the big Kia is partial to a bit of SummerNats action on a damp road.