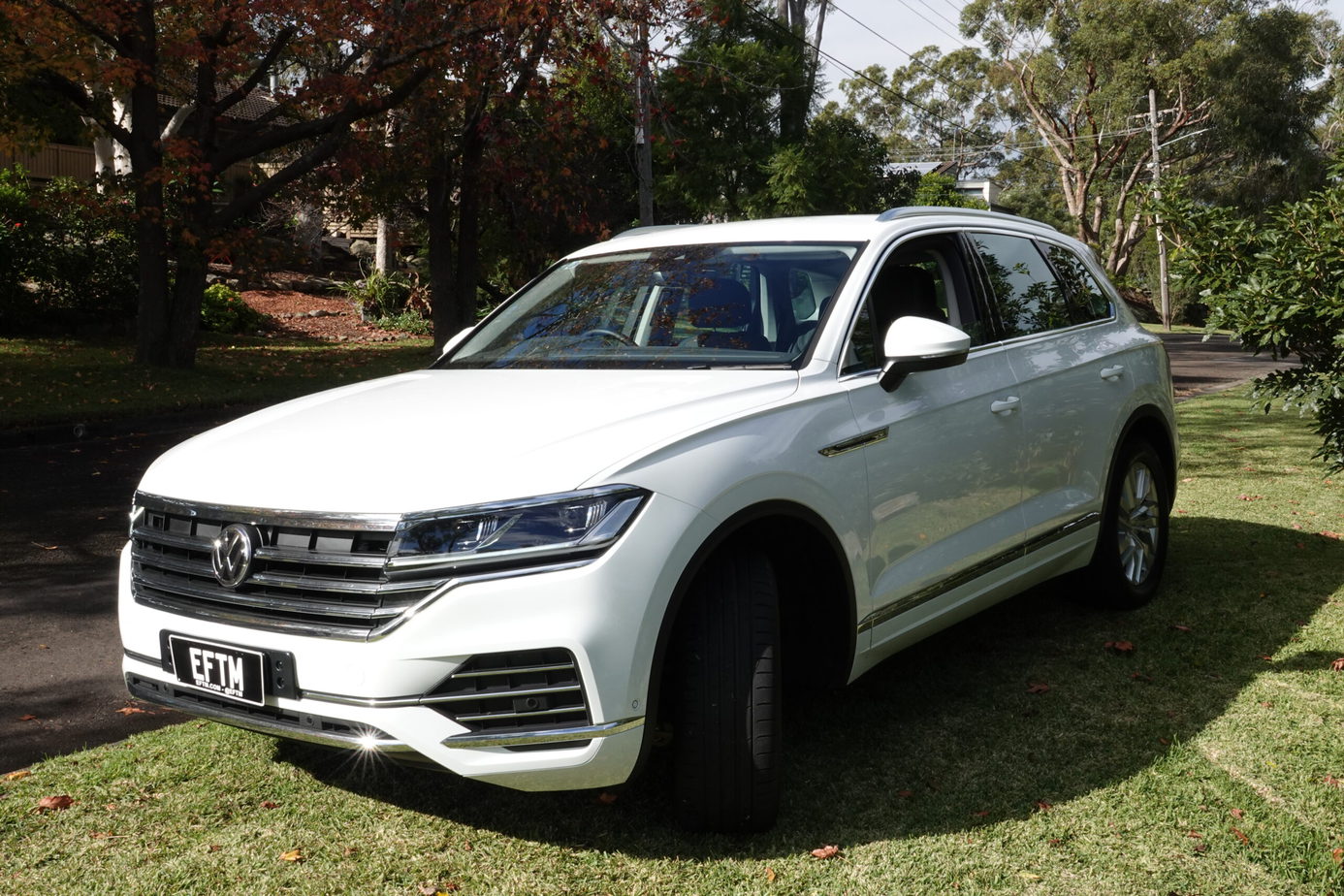 Let’s get this out of the way right from the off – I have a real soft spot for VeeDubs. I currently own two – I’m on my third Golf and have an Amarok that doubles as a dog kennel and yard tractor.

The TDI comes with everything that is nice in the world (and that you would expect to be included in an $80,000 car). While the base model Touareg doesn’t necessarily have more kit than, say, a top-spec Kia Sorento or Mazda CX9, you can easily justify the extra spend.

The kit is just much better quality. The rearview camera in the Touareg, for example, is crystal clear day and night. The rearview mirrors not only fold but are also heated. It is these little details that add up to a much, much nicer drive… as long as you can afford the extra outlay.

Despite this issue of cost,  if I was ordering a Touareg I would definitely cough up the extra $6k for the more advanced LED headlights, LED tail lights, and air suspension of the TDI Premium. Tech heads will definitely want the $8k Innovision Pack, with the big screens and fancy interior lights, but that’s really not my bag.

The engine in the Touareg has to be experienced to be believed. It is simply the quietest, smoothest and most impressive diesel I have ever seen. It seems to blend the comfort of a limo with the punch of a hot hatch. It is nothing short of epic.

If you need seven seats, you are going to have to look elsewhere. Despite looking all the world like a seven-seater, VW have instead gone with the increased luggage space, cabin flexibility and reduced weight of a five seat configuration.

Driving the Touareg got me thinking about the long term viability of my Amarok. Soon, the EFTM Garage will host the V6 Amarok which shares essentially the same epic engine as the Touareg. What the Amarok won’t share though is the inbuilt passive and active safety features of the Touareg or the sophistication and composure of the Touareg’s chassis. Sure, it won’t carry the load of the Amarok, but given that most run empty (mine included) is that really a loss?

So, I’ll take a Touareg TDI… in a dual cab, please. Am I the only one?