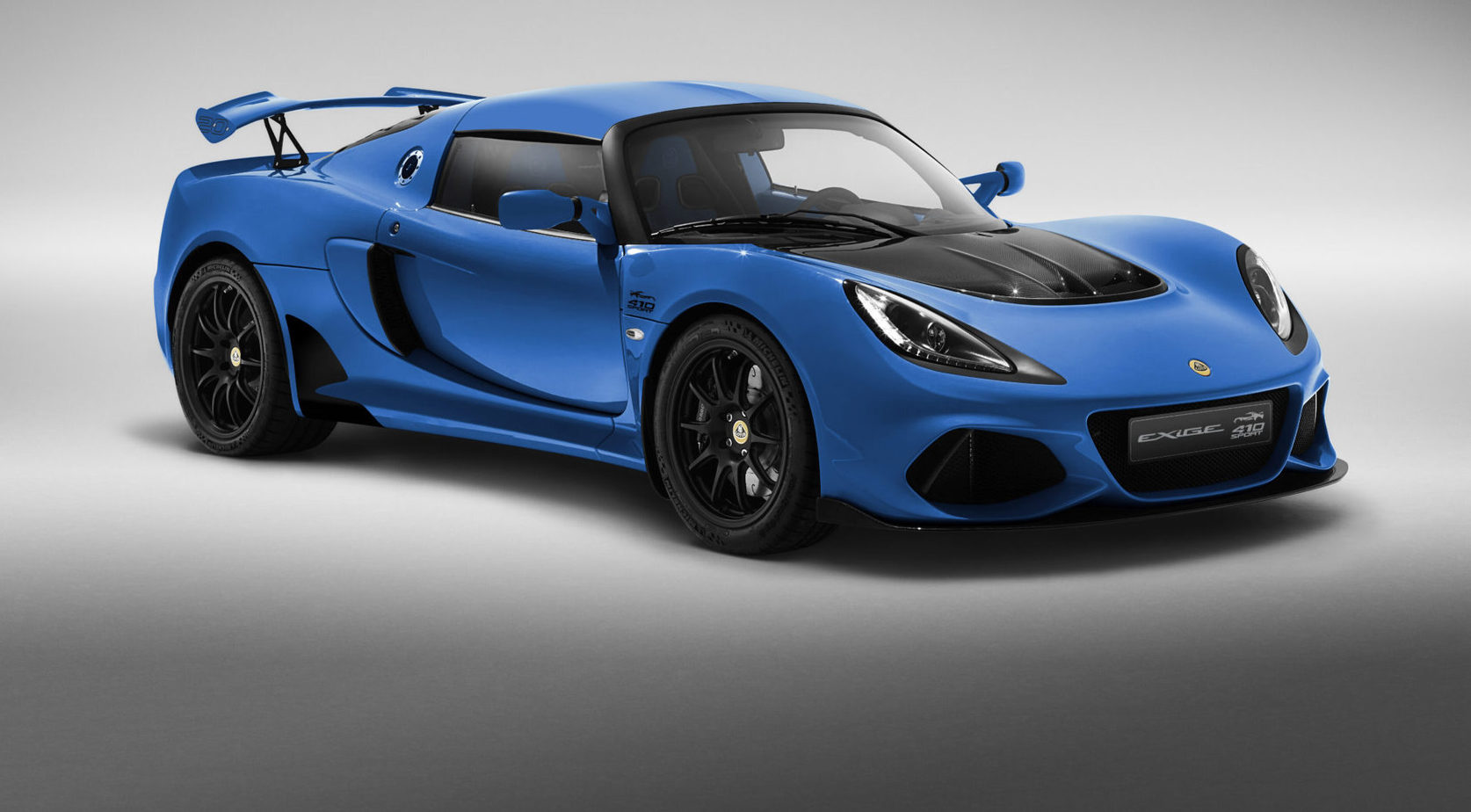 They say Beauty is in the eye of the beholder – well, if you don’t think this is beautiful you need your eyes checked. They also say Beauty never fades, and that’s damn right.

This edition features an enhanced exterior and interior standard specs, as well as a unique 20th Anniversary black silhouette logo which is a nod to the original Exige from 2000.

Those both keen and lucky enough can choose from Laser Blue:

Lotus Australia’s COO Richard Gibbs said “The inclusions in this anniversary edition make it a strong value proposition to any prospective buyer, and with global production numbers limited to 150 cars, people will need to place their orders quickly”.

Ema Forster, Head of Product Marketing at Lotus, said “The Exige Sport 410 20th Anniversary builds on the Exige’s unrivalled levels of handling and performance. This special edition of one of our most acclaimed sports cars ever will continue the Lotus ethos of being born for the track and bred for the road.”