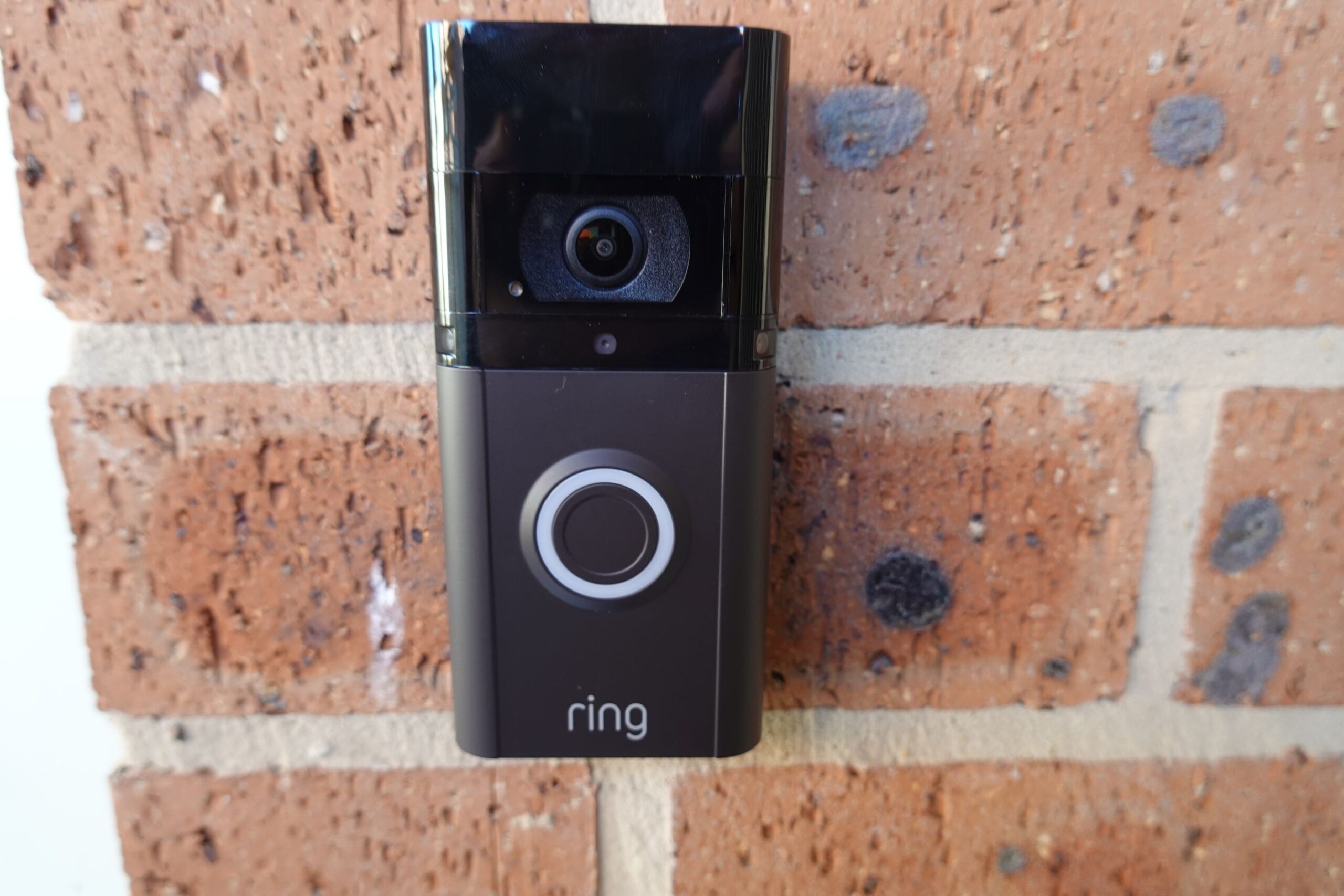 I knew the first time I heard about Ring! and their video doorbells that I wanted one, so I imported the original from the US. I’ve updated several times over the years, adding more cameras and spotlights to my home, and now I get to try out their latest model, the Ring Video Doorbell 3 Plus.

Ring announced the Doorbell 3 and Doorbell 3 Plus and they’re pretty similar with 1080P video support (including night vision), two-way audio chat and motion alerts. For those with wifi issues Ring has also added dual-band (2.4GHz/5GHz) Wi-Fi in this third generation.

The Ring Doorbell 3 Plus gets a spec bump over the standard Video Doorbell 3, with a four-second, low-resolution black and white “pre-roll” video now offered when you check a notification.

The installation for the Ring Doorbell line is very easy. You get all the stuff you need to drill holes except for the drill. You get the plugs, screws and drill bit (including masonry) and a double ended screwdriver with phillips/security head on either end.

The security screwdriver bit is a little interesting, I’ve got a few Ring cameras and have amassed a fair collection of these, but Ring has changed the security screw on the doorbell for this new generation. It’s a bit inconvenient, but I applied a label from the trusty label maker for future reference, and really, it’s comforting to know there isn’t now just a standard screw for all Ring cameras.

If you’ve got an existing Ring doorbell, the Doorbell 3 Plus should fit right onto the old mount or the pre-drilled holes. If you don’t, then it’s fairly easy to install, obviously you’ll need a hammer drill for any masonry, but other than that, it’s fairly straightforward.

There’s two angled mounts in the box if you need to change the view for your doorbell, and these fit easily into place, with instructions to help you through if you need them.

Battery life has been solid. After 2 weeks it’s barely made a dent, and I usually charge my Ring battery from previous models every 3-4 months (I minimise notifications), and the Doorbell 3 Plus looks about right in line with that.

Once connected to the wired power, or you’ve clicked the battery into place, you’ll power the Ring Doorbell Plus 3 up. When the unit powers up you use the Ring app – Android and iOS – to set it up.

The setup is fairly easy, you can either choose to scan the barcode on the back of the device, or on the bottom of the box, or connect to the internal Wifi for the Doorbell. It’s a pretty simple, guided process though so don’t expect any surprises. The biggest issue is you may have to wait for 5-10 minutes while the Doorbell grabs the latest firmware.

Part of the setup is choosing what features you want through Ring Protect, their online service. As part of buying any Ring Doorbell or Camera you get access to it through the app via the internet at any time. You can also talk to people through the camera with the two-way talk, get motion alerts and get lifetime theft protection on the Doorbell itself.

What you don’t get as part of the free tier is online video storage and more, though you do get a 30-day trial. To get access to all the features permanently you can start with the Ring basic plan for $3 per month which gets you the base-line features plus 60-day history, video and snapshot saving and sharing and more, but once you get a few Ring cameras though you’ll probably want their $10 per month plan which also includes a few bonuses.

Ring App
The app itself works well as usual. Ring has improved the zone system with customisable zones which you can set up to receive motion notifications in four zones. You can adjust sensitivity, schedules and frequency for motion as well which can help conserve battery (and your sanity) by minimising notifications.

A valuable purchase is a ‘Chime’, their external speaker to mount in your house in any spare electrical outlet, which links to the Chime in the app. The Chime is definitely a handy extra to have for $59, or $79 if you get the Chime Pro with dual-band Wi-Fi, built-in wifi extender and a nightlight.

I can also share access to the cameras with other people, including when I go away on holiday which is a nice feature.

Once you get more than a single Ring camera you start getting a neat look into what’s going on around your house from a single console.

Being an Amazon owned company, Ring has integration with the Amazon Fire TV Stick, their Fire tablets and Echo Show. But I use my Fire TV stick only rarely, and really only for streaming Ring camera footage. I would LOVE to see integration with Chromecast as well though, giving people more options.

I’ve been using Ring for a while now, but Pre-Roll video adds a whole new element to the experience.

Pre-roll video gives you up to four seconds of video in black and white to give you a glimpse of what happened right as the motion alert, or the doorbell press occurs. It pops up in your event history.

The video is in lower resolution than the usual 1080p video, but it gets those quick knock and run delivery drivers…and the odd neighbours kid ;).

Black and White is nice, but colour would be nicer, however Ring chose this format as a battery saving function to limit the sensor. As it is, it’s good enough for finding out what happened.

If you’re looking for a video doorbell with cloud backup capability, then yes, Ring is definitely a great system to check out, it’s just a quality setup from top to bottom. The app is excellent, and the Ring hardware is excellent quality.

If you’re looking at updating an older Ring Doorbell like the gen-2, to this new generation then it’s probably not worth it, though the improved 5GHz Wifi may smooth out any connection issues you are having. If you have the first gen, then you should definitely update as the video quality and improved wireless support alone are worth it.

Ring makes great stuff, and they’re a personal favourite of mine, the Ring Video Doorbell 3 Plus ups the ante and with the addition of pre-roll video is a great first smart camera to buy.