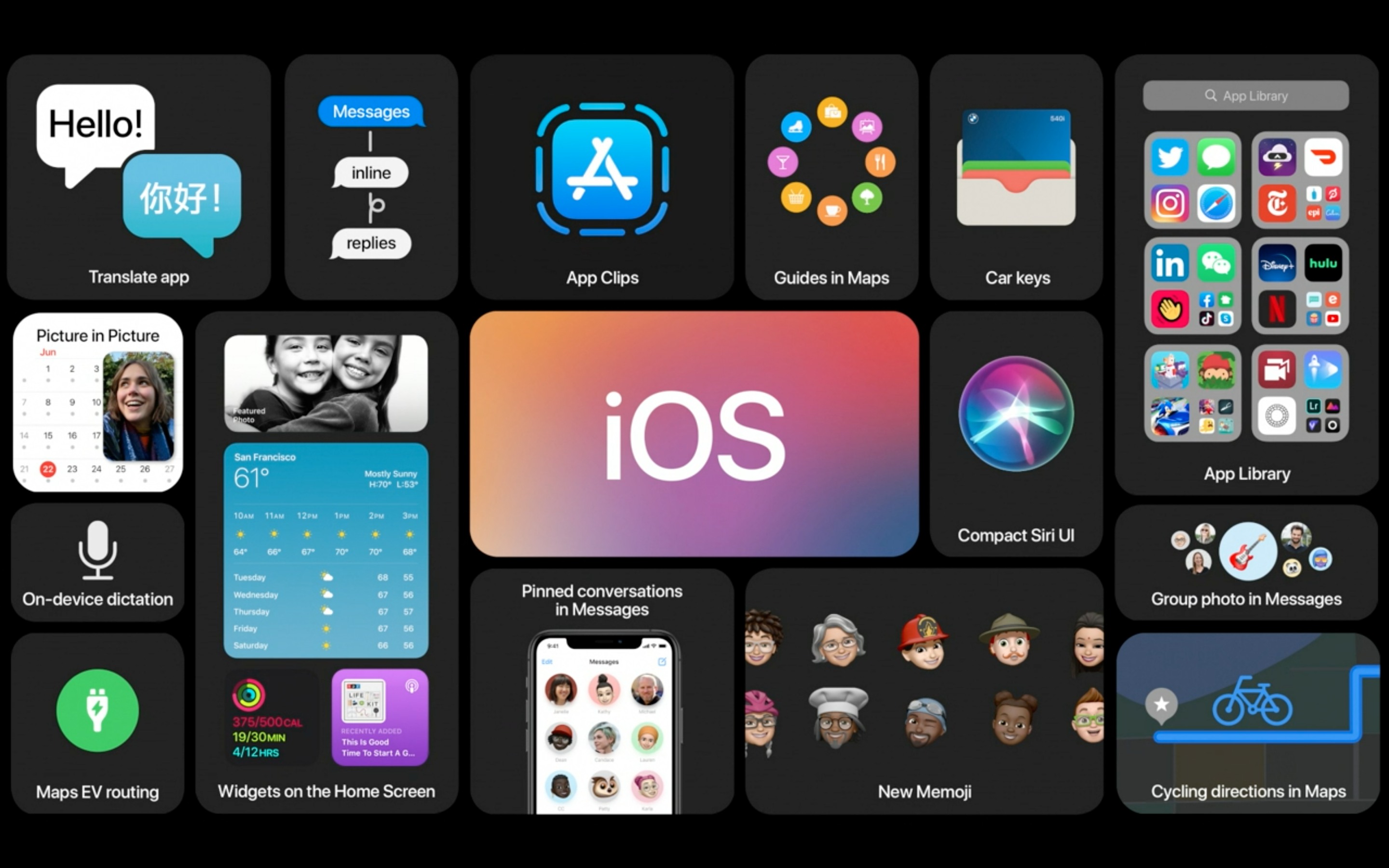 Your iPhone is about to look very different with Widgets, Picture in Picture and more coming in iOS 14

Apple’s Worldwide Developer Conference kicked off this morning at 3am with news and updates across all the software platforms Apple has across their device portfolio.

The biggest and most important user base for Apple is the iPhone, millions and millions of users around the world running iPhones the annual update to the operating system running on those iPhones is always an important update.

This year, perhaps more than ever, the new iOS 14 will change the way you see your iPhone.

Here are six big changes coming to your iPhone later this year.

There is no impact on your app installation, the apps are still there, you just need to access them through search, or the new App Library.

This is very similar to how Android run their App Drawer, a single location for all apps to be found.  Listed alphabetically for search, or showing as a set of grouped apps.

The groups aren’t like App Folders on the existing home screen.  They are smart.

Suggestions will be based on your usage, and the time of day.  Recently added helps you find those new apps you’ve downloaded.

From there the folder like groups are based on the app categories, with between 4 and 7 apps showing in each grouping, those ones being instantly launch able from that screen.

Android users will smirk, but finally, Widgets are coming to iOS screens.  Now Apple will tell you they’ve had widgets for some time – swipe across to the “Today” view and that’s the widget list.   However, that’s not a widget.  This is a Widget:

A widget is a snapshot of an app, or data from an app that is placed on your home screen within your normal app grid.  They can be shown in multiple sizes, and we’d expect some serious developer updates to apps soon to feature more and more widgets.

As a lover of Widgets on Android, this will be a real winner for iPhone users when iOS 14 launches later in the year.

Given how much time we spend watching videos on our phones, it’s no surprise that picture in picture is coming to the iPhone.

Currently available across some video apps on iPad, the introduction of Picture in Picture for iPhone will be a game changer.  While watching a video, swipe between apps, return to the home screen.  If the video is in your way, but you want to keep listening, swipe it away and the sound keeps going, with the video “off screen”.

Swipe to bring it back.  Close the window to end the video.  Very cool, and again – about time.

There was talk today of big changes to Siri.  Sadly, there was more talk of a single feature and a new look, than the actual back end intelligence of Siri.

No longer will Siri take over your whole screen when you summon them.  Instead a bubble will appear at the bottom of the screen, responding to you with pop up notifications in many cases.

Additionally, Siri will now have a real-time translation function, allowing you to talk and have Siri respond with a translation in almost real-time, great for travelling.

As more and more of us use third party messaging apps, Apple is improving messages with a clear focus on those regular group conversations.

You can now pin a conversation (with one person or many) to the top of your page, so it’s easy to access.

In group chats, you will see a new look group list up top, and the ability to drill down on a part of a conversation to see which messages are grouped as replies, without the distraction of the whole conversation.

Of course, this is for iMessages only, iPhone to iPhone – so those Android Green message people are still left out in the dark.

These are just a few of the changes coming to iPhones with iOS 14, normally the latest iOS launches in September in conjunction with the new iPhone – we’ll wait and see what happens in 2020.

And yes, to all the Android fanboys out there, a lot of these features like Widgets and Picture in Picture aren’t new to you, but as always, Apple are doing it their own way, and in their own time.

Your iPhone is about to look very different with Widgets, Picture in Picture and more coming in iOS 14