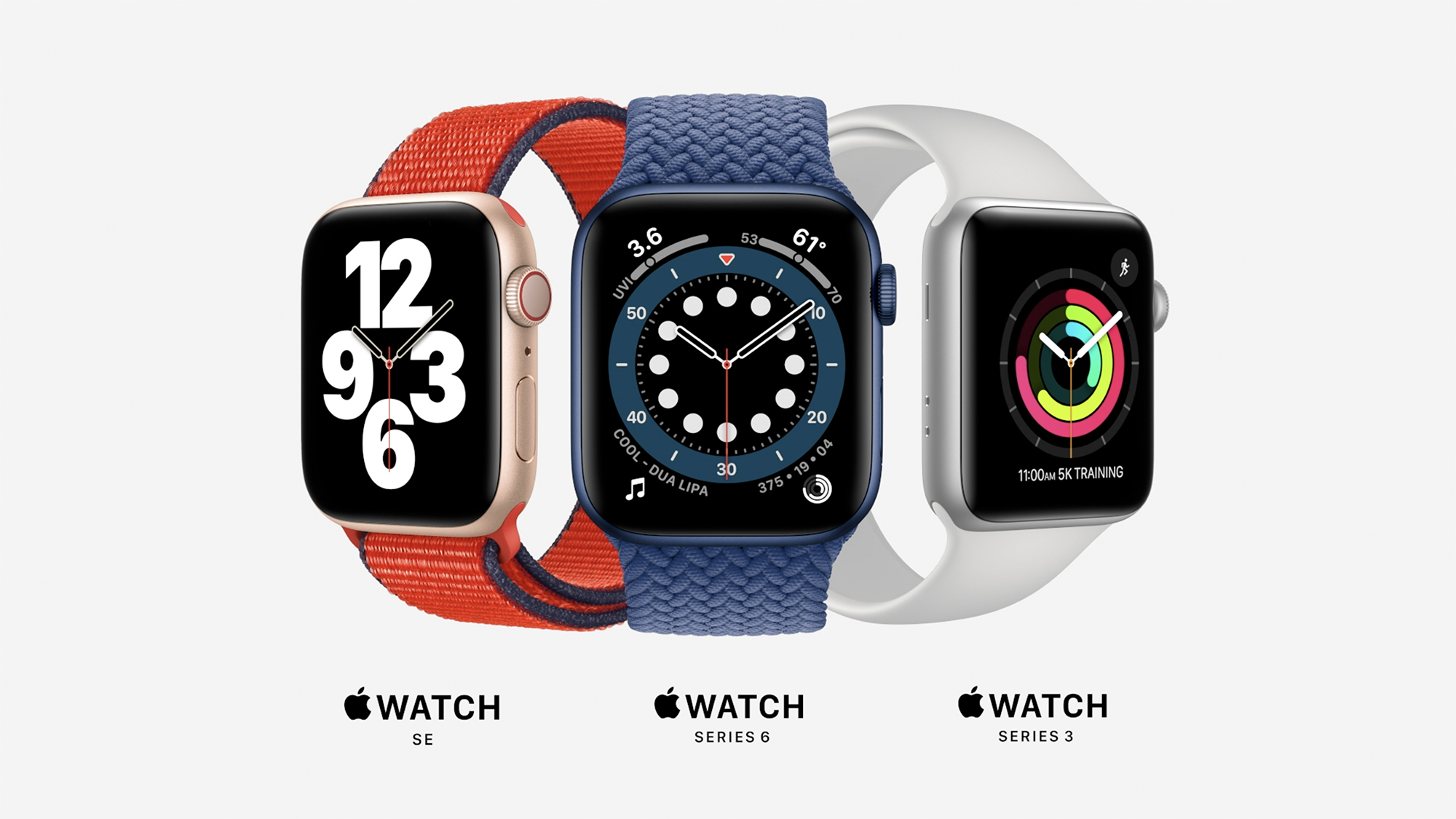 Apple Watch Series 6: New Colours, Bands, Faces and Family Setup so you can give a watch to the kids

The 2020 Apple Watch has been announced, it’s the Apple Watch Series 6 and has some new stuff under the hood, but perhaps most importantly some very new looks outside.

While the advances could be seen as just processors and sensors, the entire Apple Watch ecosystem gets an overhaul with products for families and all new look for the product itself.

For the first time, Apple Watch comes in a range of colours.

Sure, there has been a Ceramic White, the Space Grey, even the Edition in Gold – but this time, I’m talking actual colours.

A bold looking Red, deep dark Blue, as well as a Classic Gold and a Graphite Grey

The big advance for Apple Watch is the Blood Oxygen measurement.

Using an all new sensor underneath, able to measure your Blood-Oxygen levels every 15 seconds by looking at the colour of your blood.

While you sleep the watch will take periodic readings, all stored in the health app.

An all-new Dual Core Processor powers the Apple Watch Series 6, it’s based on A13 chip in iPhone 11 but optimised for Apple Watch in the S6 processor.

Thanks to the battery efficiency of the processor, an “even better” Always-on display is two and a half times brighter when you’re outdoors.

No word on battery life improvements overall, you can assume any gains have been eaten up by enhanced features.

While still not going as far as to create an Apple Watch Face store, there are a bunch of new designs.

They include the GMT Face which shows multiple time zones at once highlighting the place you are.

“Count Up” tracks elapsed time from a point, while the Chronograph Face is a nod to the traditional Chrono watch face on classic watches.

There’s a new set of typographic faces, some new art inspired Face animation faces as well as a new Memoji Face which shows your own Memoji, and moves and reacts to touch.

The stripes watch face will match to the Pride watch band, but also allows customisation so you can use it to support your favourite sports team.

You’ve gotta say, Apple did re-invent the watch band with the classic metal bands removable links done in an all new way.

Now, the Solo Loop changes things again. No link, no clasp, it’s one single loop, stretchable so it just goes over your hand into the wrist.

Perhaps the most innovative change coming to Apple Watch is Family Setup.

This recognises that there are some people who would love to have an Apple Watch, or could benefit from the Watch features but don’t have an iPhone of their own.

Using a single iPhone, you can pair watches for your children, or perhaps your elderly parents.

These watches, 4G Connected, will get their own mobile number, be able to be contacted on the go and keep in touch, as well as have all the safety features of the watch like Emergency Contact and Fall Detection.

Critically, Apple has built in parental controls to the watch, allowing school mode during school hours, which essentially puts the watch in do-not-disturb mode, but does it with a special watch face, which is clear and obvious to both parents and teachers, so you can tell if they are in this mode.

Unfortunately, this creation of a new mobile account and number from setup requires some work at the Telco level, so won’t be available at launch in Australia. Give it time though, the Telcos will love the idea of adding more plans and capture more customers.

Because the Apple Watch Series 3 remains on sale, this won’t be the cheapest Apple Watch but will be a viable option for many.

And, it has the new blood oxygen sensor too.

Apple Watch Series 6: New Colours, Bands, Faces and Family Setup so you can give a watch to the kids