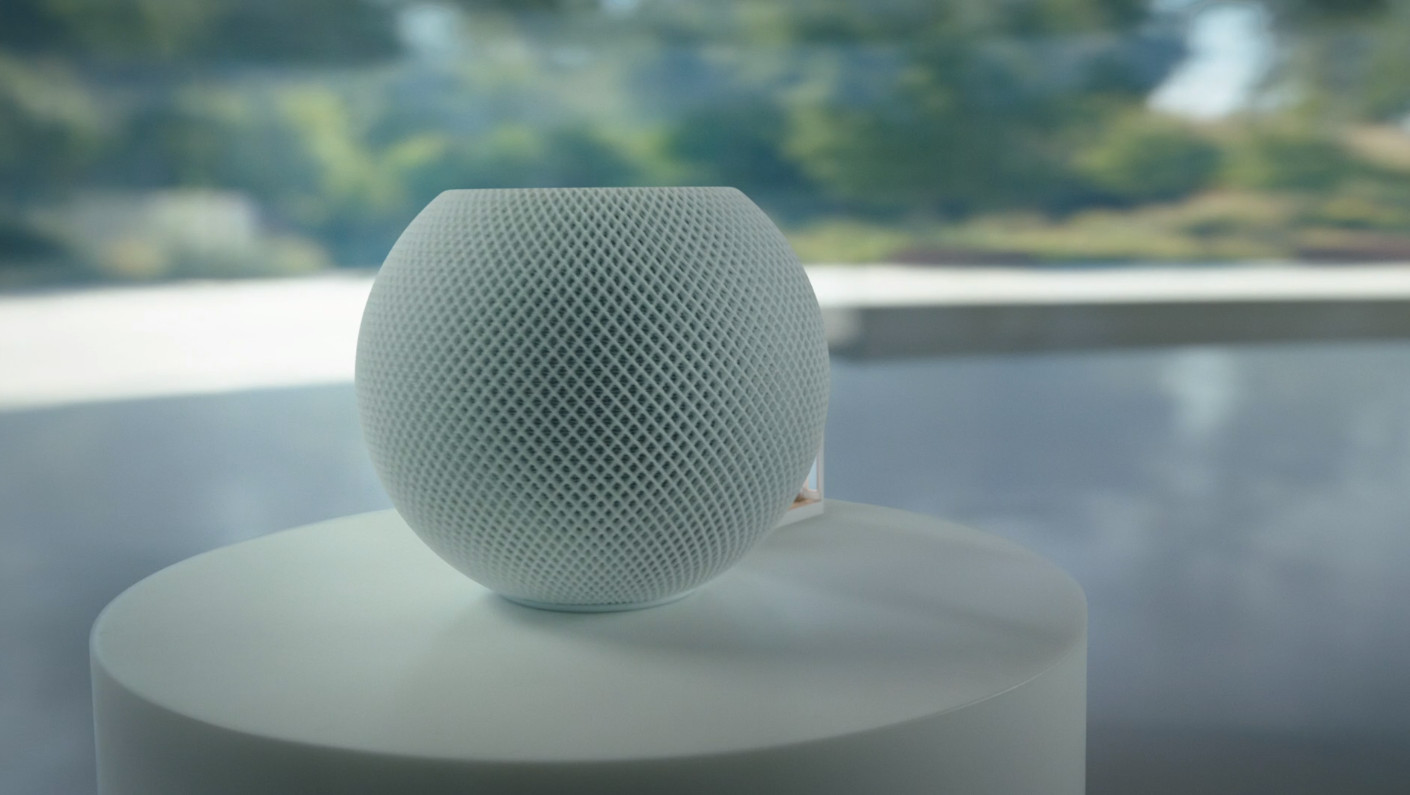 After two and a half years in the market, Apple’s HomePod is getting a sibling, a baby brother (or Sister) – the Apple HomePod Mini and while it’s not likely to steal the Amazon and Google market at the lower end, it is a much more appropriate entry-level for the Apple user to the world of smart speakers.

Many would think that the horse has bolted on the smart speaker market, with Amazon and Google dominating sales and share of voice in the space, but in reality the number of households using smart speakers is still small, meaning there’s room to capture market share if the price is right.

And that’s where the Apple HomePod Mini comes in. HomePod is an amazing speaker, easily one of the best on the market, not just in smart speakers – just speakers. However at $499 it was a pricey beast. There are sub $300 deals around now, but that hasn’t seemed to set the sales alight.

The speaker features a full range dynanic driver, an acoustic wave guide to direct sound out all sides of the Apple HomePod Mini for 360 degree sound.

Across your home, multiple Apple HomePod Mini devices can play music simultaneously, or in the same room can operate as a stereo pair.

Later this year, there will be an update to the device and it’s software allowing interaction with iPhones that have the U1 ultrawideband chip which was introduced last year. This will allow you to place your phone near the Apple HomePod Mini and the devices will interact automatically.

Importantly, the announcement featured talk of support for “Other services like Pandora and Amazon”, and while Spotify was not mentioned, you’d have to assume Apple can’t block a competitor, so I think Spotify support is likely, though we can’t confirm this.

Apple HomePod Mini will support recognition of multiple voices, so each person talking can get their own schedules, or music playlists.

Looking to ensure the use of multiple Apple HomePod Mini devices, Apple also announced a new “Intercom” feature which allows the broadcast of messages across the home speakers, and to other Apple devices through notifications.

Importantly, users can reply and the Announcements even work on Apple CarPlay.

This is an exciting device for Apple, not just because HomePod is an underrated device, but because at this price, it really is a compelling product.

HomePod mini will be available in white and space grey for $149, pre-orders start November 7, availability commences in the week of November 16.