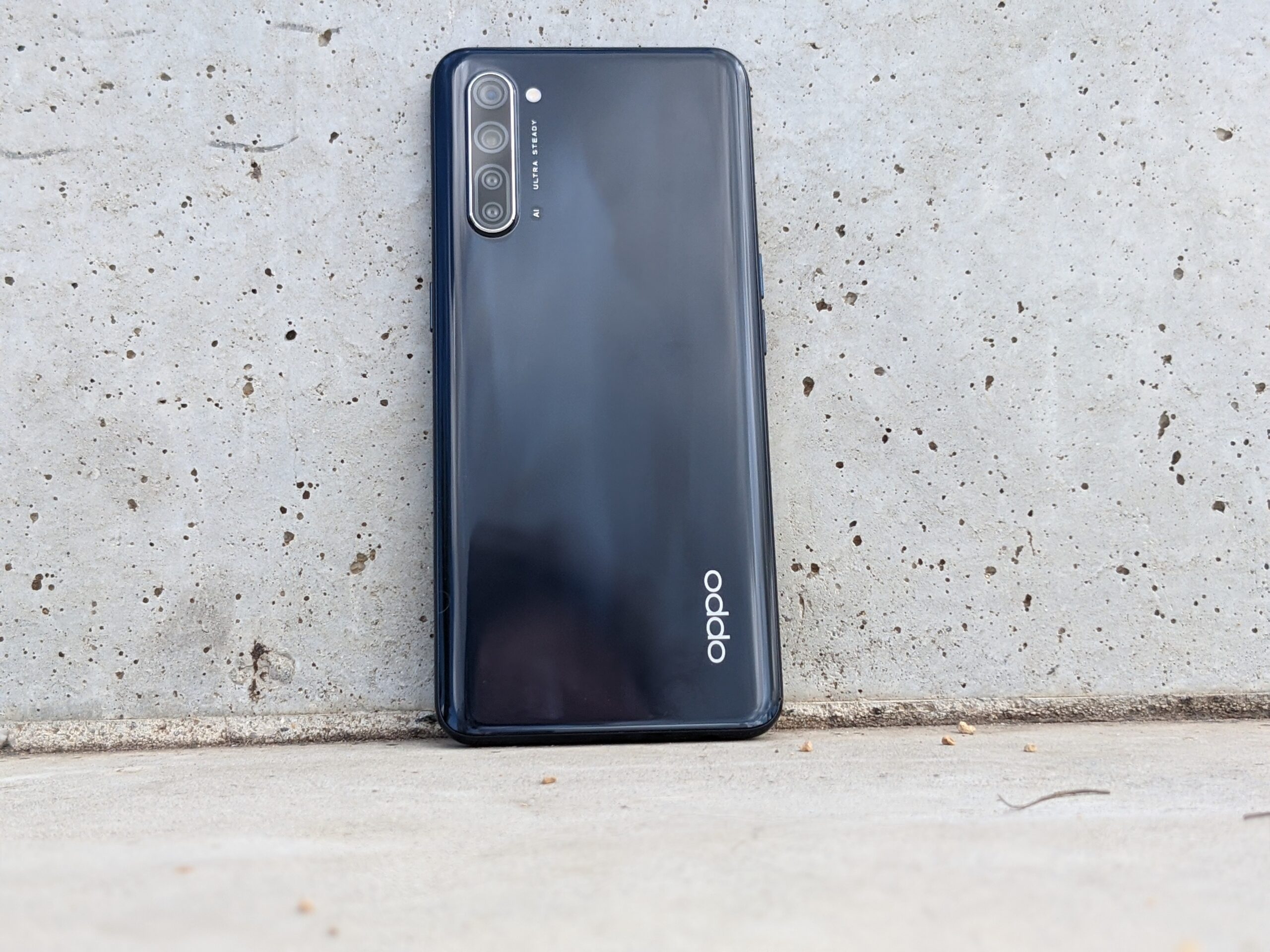 The OPPO Find X2 Pro impressed a lot of people including Trevor when it launched this year. OPPO launched not one but three models of the Find X2 range with the Neo and Lite options launching alongside the Pro offering different features for your dollars.

Priced at $749 the Find X2 Lite the Find X2 Lite was one of the cheapest 5G models available in Australia until the Reno 4 was announced in September. It’s solidly placed in the super mid-range market here in Australia with the choice of purchasing it outright from a host of retailers, or through Optus, Vodafone, and Woolworths Mobile on a plan.

The Find series is a premium line for the company, and so a Find X2 Lite model piqued my interest. The OPPO Find X2 Lite includes some of the premium features of the Pro including 5G connectivity though some concessions are made to meet the $749 price tag.

The concessions aren’t as extreme as some ‘lite’ editions, with the Find X2 Lite including a very respectable Qualcomm Snapdragon 765 processor, 8GB RAM and 128GB of storage, as well as a big 4,000mAh battery.

OPPO has been a big mover in the Australian mobile market, repeatedly scoring well with customers. OPPO took home the Canstar Blue Award for the best rated smartphone three years in a row, and the general vibe from users is very positive.

I’ve been using the Find X2 Lite as my main phone and it’s time to commit thoughts to paper.

The Find X2 Lite doesn’t get the lovely Orange Vegan Leather option of the Find X2 Pro, but if you’re not into the more standout colours and designs, the Find X2 Lite will please. It’s a fairly safe design for a smartphone, it’s rectangular, black (for the review unit) and comes with a quad-camera array on the rear.

It’s an OPPO phone though so there is some flair with design with the rounded edges of the phone easy to grip. The volume rocker and power button are on opposite sides of the phone, and the power button sports a splash of metallic OPPO green colour.

There’s a USB-C (2.0) port at the bottom of the phone which is where you plug in the 30W charger included in the box which supports VOOC FlashCharge 4. Alongside the USB-C port is a single speaker which is ok for any videos or some tunes.

There’s notably also a 3.5mm headphone jack on the bottom of the Find X2 Lite. A headphone jack is getting rare in more premium phones these days, so this is a decent inclusion. There’s also Bluetooth 5.1 on board for pairing wireless headsets if that’s your preference too.

The glass rear on the phone though is rather slippery and a fingerprint magnet to boot, if you choose to go without a case. If you are more interested in a case to protect your new phone, there’s a clear TPU case included in the box.

The camera array on the rear is off to the left, and sticks out a fair amount so it does rock if you put the phone on a bench without the TPU case.

There’s NFC on board, a feature which saved me a trip home when I forgot my wallet. I set Google Pay up in a few minutes sitting in the car park and tapped at the checkout.

OPPO sell the Find X2 Lite in “Moonlight Black” or “Pearl White” colour options in Australia. While Moonlight Black is nice (and safe), I do covet the Pearl White option with its pearlescent sheen.

The screen has a small amount of bezel either side of the large 6.4-inch FHD+ resolution AMOLED screen. There’s a little bit of chin at the bottom, and a barely noticeable teardrop notch for the 32MP selfie camera.

There’s an in-display fingerprint sensor included which has a large target area, but like most of these in-display readers it suffers from accuracy issues.

The performance of the Find X2 Lite is running what seems to be the CPU of choice for 2020, the Qualcomm Snapdragon 765 chipset which includes an integrated X52 5G modem. OPPO has included 8GB of RAM on the X2 Lite and it feels smoother than other phones thanks to the additional memory.

Performance is good, without any of the lag during multi-tasking that I’ve seen with other phones running the SD765G platform. The combination of SD765 with integrated modem, as well as AMOLED display helps not only with performance but also with battery life, with the Find X2 Lite averaging just over a day of use.

The Find X2 Lite includes a quad-camera array on the rear, though unlike other phones there’s only two real ‘usable’ sensors. The array includes a 48MP main sensor which does pixel binning, stacking the images into a 12MP shot, paired with an 8MP sensor behind an ultra-wide lens. OPPO also includes a 2MP monochrome sensor and 2MP depth sensor, which while they add information like depth and light contrast information to shots, they aren’t usable themselves.

I personally prefer the inclusion of an ultra-wide angle lens over a telephoto, though as the El Paso girl says ‘Why not both’? OPPO recognises this to an extent and you’ll find both a telephoto sensor and ultra-wide sensor on the Find X2 Neo, though it’s $150 more in price and includes more than just the additional sensor.

Photo quality on the Find X2 Lite is pretty good, with HDR support and something called ‘Dazzle Colour’ included. Portrait mode does pretty well, utilising that depth camera for a nice bokeh effect.

For those late night users there’s also a Night mode included with the Find X2 Lite, which bumps the brightness up a fair bit in lower light scenes. The lack of OIS on the Find X2 Lite camera means you’ll need a steady hand or a tripod but the results can be pretty good.

The front camera is pretty decent too, though the beauty mode can be a little…enthusiastic, with options to thin the face, enlarge the eyes, smooth skin and lots more. You can of course leave it with the base level of ‘beautification’, or simply hit the natural key to go back to basics.

I was a little disappointed when checking out the ‘More’ section of the camera app. There’s the Pro mode, Panorama, Time-Lapse and Google Lens as well as Slow-mo which is always fun and AR stickers you can add to photos.

I normally approach reviewing an OPPO phone with a little trepidation thanks to the heavy customisation that Color OS, their custom skin over Android, brings to the phone. The evolution of OPPO software though has really moved ahead over the past few years and Color OS has matured into something very usable.

Color OS is up to version 7 and it sits atop Android 10. OPPO software engineers have incorporated all the great features of Android 10 into their UI like Dark Mode and Gesture navigation. The Android 10 install on the Find X2 Lite comes with the April 2020 update, but there’s an update available as soon as you power up which updates both Color OS features and brings the August 5th 2020 security update.

OPPO tends to do quarterly updates for security, and they’re very regular about tweaking parts of Color OS and adding improvements for phones, so you’ll definitely see updates.

The Android interface is more familiar to Android users moving from a previous phone with an app drawer, and adopting the long press on home screen to change the layout. There’s also less flashy animations and customisations in favour of something more usable.

OPPO still includes a heap of apps pre-installed on the Find X2 Lite. These are mostly tools like Compass, Voice Recorder etc. and while they can’t be uninstalled, they can be removed from the home-screen. They’re mostly useful tools, though they do duplicate some core Google apps like calculator, Files and more which is annoying, but it is what it is.

OPPO has done a great job with the Find X2 Lite. It’s a good looking and sized phone that’s comfortable to hold, has a lovely AMOLED display. The phone has good battery life and performance and a respectable camera setup as well, and it’s priced well at $749.

There’s always things you could want in a phone like the Find X2 Lite, OIS and a Telephoto option for the camera, wireless charging, IP68 water resistance, but as features for the phone they’re not necessarily ‘needed’.

Even if you don’t have a use for it yet, 5G networks are rolling out across Australia and the phones are also becoming more prevalent in our market. The Find X2 Lite offers a good price while still offering the faster performance of the Qualcomm chipset and X52 modem.

I like the Find X2 Lite for what it is, it’s a nod to the higher end Find X2 Pro with similar features at a very affordable price.