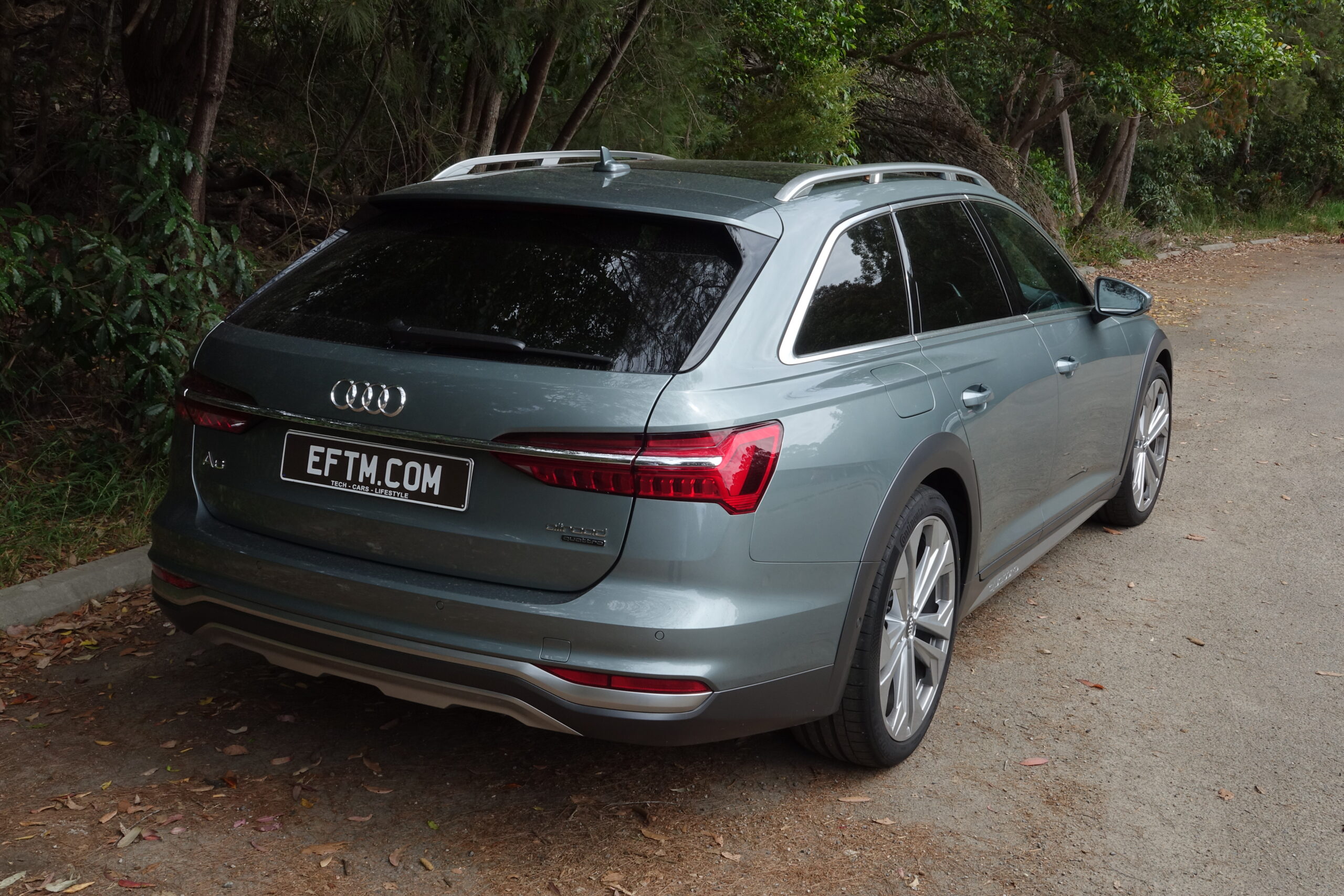 Audi’s take on the off-roadish station wagon is the Allroad. The Allroad is not unique, however. Subaru’s Outback, SKODA’s Superb Scout, Volvo’s V90 Cross Country, Mercedes Benz’s E Class All Terrain and even Holden’s now defunct Calais Tourer all take a similar approach to jacking up a regular station wagon from their product line. It seems everyone wants a slice of this niche pie.

The Allroad is extensively equipped and celebrates Audi’s commitment to technology.

For example, the touch screens have haptic feedback that gives a sort of 3D effect to the touchscreen functions, the navigation system asks you to ‘handwrite’ your destination on the touchscreen with your finger and wireless charging is supported by wireless Apple CarPlay.

The Allroad is a great blend of wagon practicality and Audi style. Audi’s nod to off road ability is unconvincing, especially given the optional 21” rims on the test example.

Much better to take the Allroad for what it is – a very stylish alternative to the usual SUV suspects. Further, the fuel efficiency of the torquey six cylinder diesel is impressive, with a tidy 6L/100km combined. Certainly better than those same usual SUV suspects.

The elephant in the room though is the availability of some really standout SUVs; many with family-friendly seven seating and some even hailing from Ingolstadt, if you’re committed to the four rings.

Make sure you check out Volkswagen’s Touareg – it’s only a five-seater, like the Allroad, but it’s very, very good.