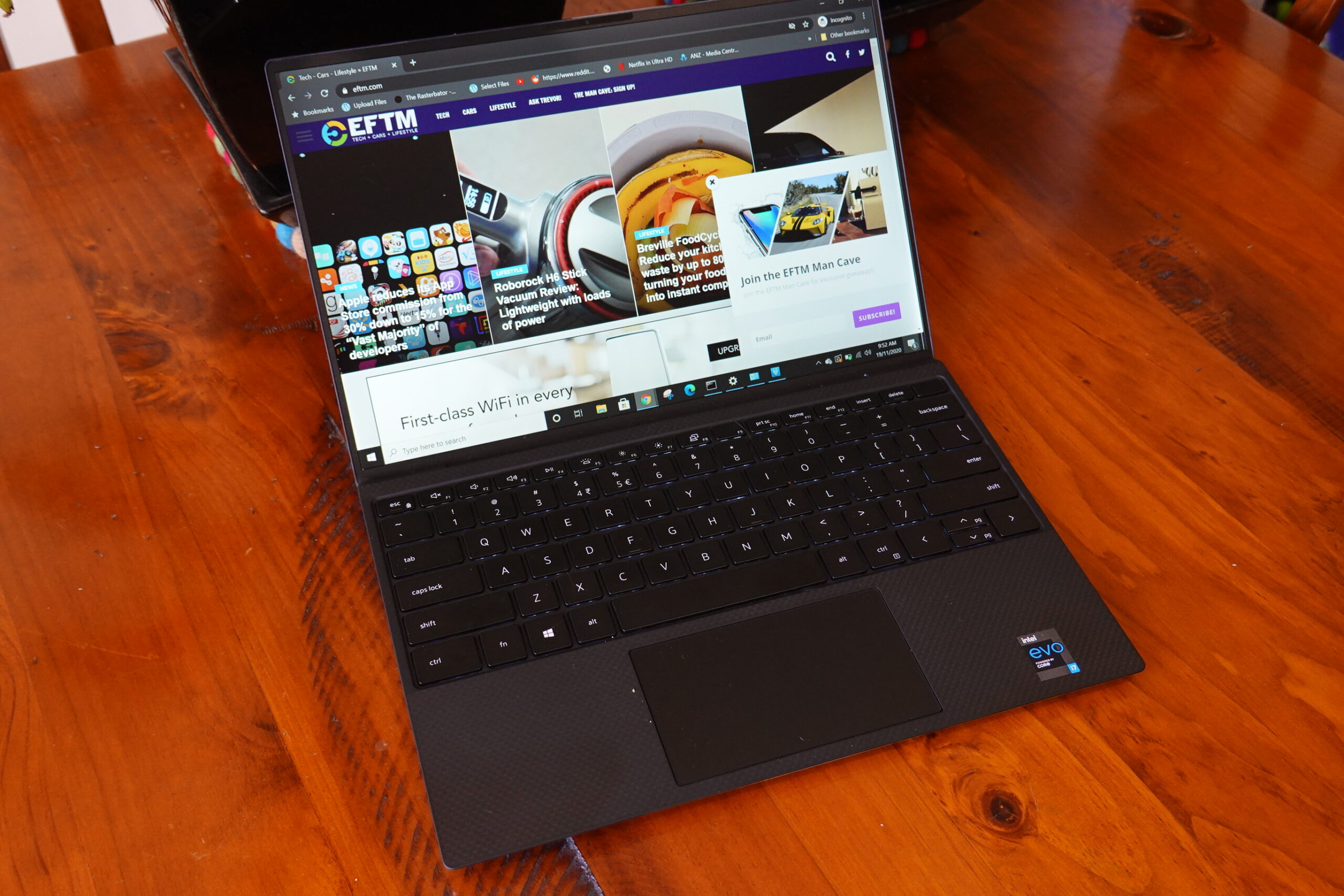 Dell has already wowed us with their XPS 13 this year but Dell has refreshed the XPS 13 laptop range with the recently announced 11th Gen Intel processors.

The new Dell XPS 13 laptop range gets a model # bump from the 9300 to 9310, and starts at $2,399 with an 11th gen Intel Core i5 processor – but of course you can add a bunch of options like a Core i7 processor,  touch display or more storage or RAM on the Dell website to suit your needs.

There’s no difference in design from the XPS 13 I reviewed earlier this year. The XPS 13 is still just as good in terms of specs as well design, it just has the new Intel 11th Gen processors, which also bring Thunderbolt 4, Wifi 6 and the new Intel Xe graphics.

The XPS 13 retains the same 16:10 aspect ratio 13-inch display with a nearly borderless ‘Infinity Edge’ which is bright and lovely overall, and the same awesome backlit keyboard which is really easy to type on.

Simply said, the XPS 13 is still light and one of the most portable laptops on the market.

Dell did send over a ‘Platinum Silver Machined Aluminum with Black Carbon Fiber Composite Palmrest’ model this time around – though it will also be available in Arctic White later.

Dell has sent across a fairly high specced model for the review. The review model includes the latest 11th Gen Intel Core i7 CPU paired with 16GB RAM and a 512GB SSD. It also includes the new Iris Xe graphics platform.

I’ve been wanting to try out the new Intel Xe graphics chipset since Intel announced it would allow users to ‘play Borderlands 3, Far Cry New Dawn, Hitman 2 and other popular game titles for the first time at 1080p on Intel’s integrated graphics’. I’ve played a few games on my XPS 13 2019 model with the Intel Core i7-1065G7 Ice Lake processor and the lower frame-rates can be frustrating, so I’m hopeful about the Xe graphics platform.

So the main focus of the review is Intel’s new 11th Gen ‘Tiger Lake’ processors. The XPS 13 hardware remains just gorgeous, with the 16:10 display nicely spacious and the keyboard easy to type on. I will still mention that there’s only two USB-C ports on the XPS 13 – as well as Mic/Headphone jack and microSD card slot. While USB-C dongles, hubs and accessories are available, a couple of legacy ports would be nice as well.

The inclusion of Thunderbolt 4, and Wifi 6 with the new 11th Gen processors is great – however I was unable to test them as I don’t have any hardware to test them with. Routers are now appearing on the market with Wifi 6, however Thunderbolt 4 hubs and accessories are still making their way to market.

The fact that the XPS 13 now includes these specs is great for future proofing your laptop though. When you do update your router, you can take advantage of the speed increase, or if you happen to visit somewhere with a router that supports it you’ll appreciate it.

In terms of speed of performance the XPS 13 9310 is faster, though you’re not going to notice it in day to day use. Windows 10 just flies along nicely as does web browsing in Chrome, though it’s hard to see perceptible differences just in day to day use.

Where I did get some speed difference was in things like rendering videos in Premiere, and other processor intensive apps, which includes gaming.

The performance is one thing, but I also noted that there weren’t any fan noises kicking in either. The XPS 13 also remained relatively cool while I was using it as well.

Dell has included the same venting design on the base for cooling as older models. Internally there are dual fans and a heat pipe among other measures to ensure the laptops stays cool, and it works well.

I have the 2019 XPS 13 model with which to do comparisons and gaming does indeed get a boost thanks to the new Intel Xe graphics. I was able to ramp up all the settings on games like Tomb Raider and Far Cry New Dawn to the max and get some decent frame-rate bumps.

On the older XPS 13 playing these two games I was averaging 40-45fps with settings on ‘default’, while the new XPS 13 was sitting fairly happily at 60 fps. The main difference was the 48Hz vs 60Hz refresh on the old vs new XPS 13 models, with the Intel Xe graphics looking just smoother with the higher refresh at 60fps with just basic defaults at 1920×1200.

I tried out Fortnite and the experience was much smoother than my 2019 XPS 13 can handle. You’re not going to be scooting along at 60fps at FullHD resolution, but you will play fairly nicely at lower settings.

Overall, I found that while the Intel Xe graphics isn’t going to give you a massive jump in your gaming experience, but it is going to allow more people to game at higher speeds, and in better quality.

The Intel Iris graphics chipset was found on most laptops, so the Intel Xe graphics will soon be very common in laptops sold around the world soon enough. With this performance increase it means that even your everyday ultra-portable is now able to get some great gaming performance without needing to go for a bigger machine. It’s a pretty good compromise.

The XPS 13 9310 is a heck of a machine with the new Intel processors. The XPS 13 is an EVO certified laptop, which Intel says should see you get ‘no less than 9 hours of real-world battery life for designs with FHD displays’.

The XPS 13 offers a slightly larger 1920×1200 resolution due to the 16:10 aspect ratio, and while I was only doing general web surfing and office stuff, the 9 hour claim is totally legit. There’s also some battery and power saving features in the Dell and Windows settings you can switch on to push those limits further.

The 45W charger included in the box for the XPS 13 is decently fast, though not blindingly so. I also appreciate the LED built-in to the USB-C connector which lets you know if the plug has accidentally come out.

If you nabbed one of the XPS 13 models from earlier this year, or if you have last years XPS 13 model there’s no real point to updating to this newer gen model – unless you really are trying to get the very best performance and have a budget to match.

For users of older XPS 13 models, or anyone else looking around at laptops, the Dell XPS 13 is the absolute pinnacle of Windows laptops, the update to the 11th Gen Intel processors simply makes it better.

The XPS 13 isn’t perfect, there could be better sound, it needs more ports, and it’s fairly expensive, but what it offers as an ultra-portable is a slim, fast and great looking laptop with the latest technology.

If you’re after a new ultra-portable then the Dell XPS 13 is very difficult to go past. You can check it out on the Dell Australia website. 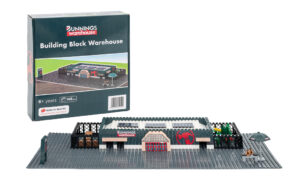 Build your own Bunnings – the “Brick Warehouse” is back in stock for Christmas!