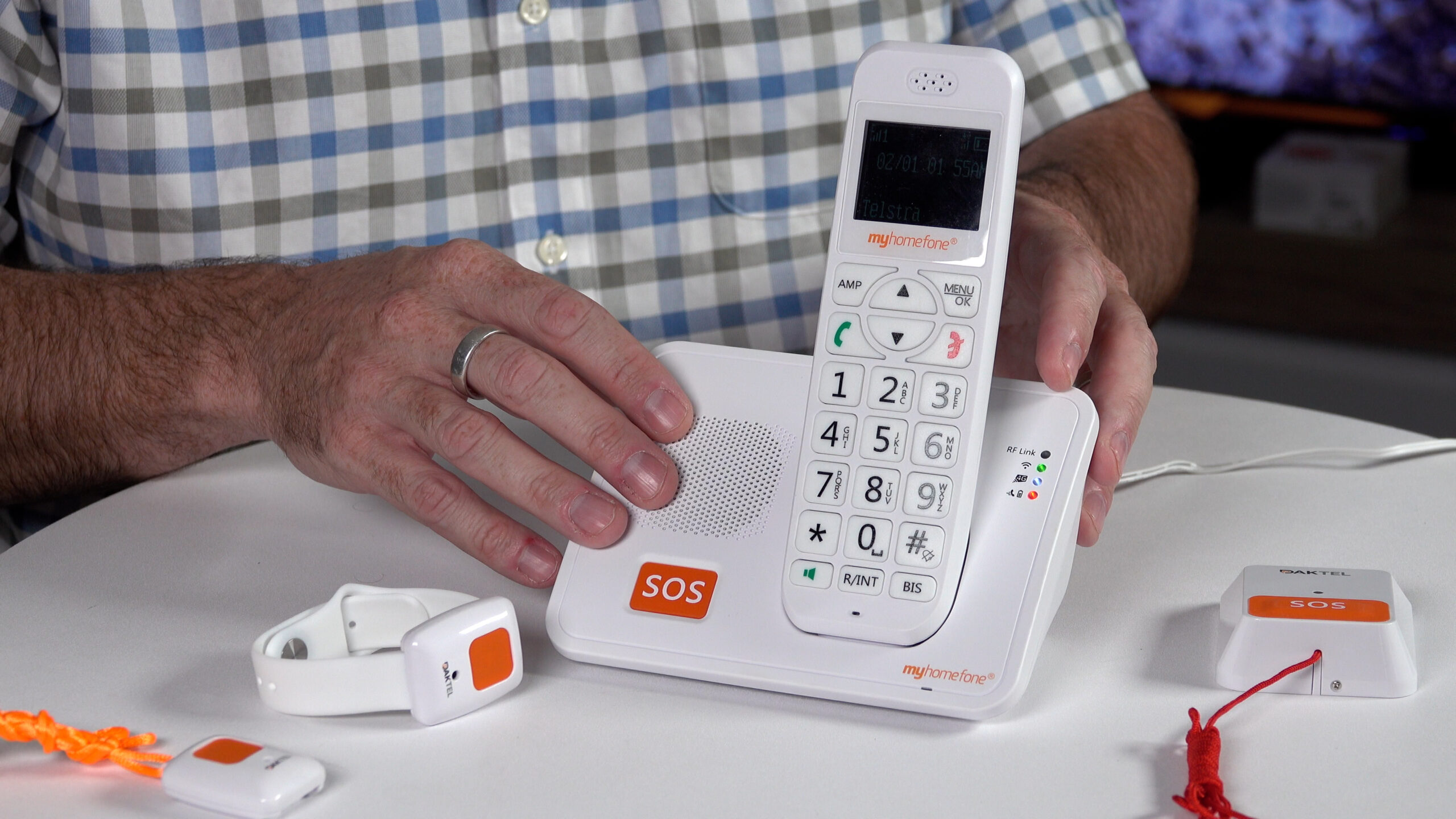 MyHomeFone – The NBN Alternative now with 4G and a WiFi hotspot

There are plenty of Australians who don’t have a huge need for the NBN, they just want a home phone and maybe just a little bit of internet for their email or web browsing. For them, MyHomeFone is the perfect solution, now with 4G connectivity and a WiFi hotspot built-in.

Why should “Grandma” switch to the NBN when most NBN base plans are slow speed and still charge more for a landline phone and limited usage.

MyHomeFone provides all they need, without the hassle of installation and support, plus reliability in the event of a blackout.

Using a 4G SIM card connected to the Telstra network, the Base station gets connection from that mobile network, not from any hard-wired NBN connection.

You can make and take calls as you normally would, that’s easy, but critically, you can keep your existing landline number – just port it over to MyHomeFone and when someone calls you, the MyHomeFone will ring.

If you think you need a little internet – easy, the base station puts out a WiFi signal allowing your tablet, computer or even TV to connect to the internet.

The base plan at $39.95 a month price is for those needing the phone for calls, with unlimited calls including 13 and 1300 numbers.

All available after a $99 setup fee.

The headline feature of MyHomeFone is really not it’s role as an NBN alternative – it’s the emergency call functions.

Program six phone numbers into the MyHomeFone base station, your family, friends, neighbours, and with the press of the SOS button on the handset or base-station your MyHomeFone will call the first person on that list.

If they don’t answer, it will call the second, then the third and so-on.

For those calls that go to Voicemail, the connection is closed after seconds if a number isn’t dialled. If you answer the emergency call it prompts you to press 5 to confirm you are a real person, at which time the base station of the MyHomeFone immediately flicks into speaker mode and you can communicate with the MyHomeFone user.

In the box there is an included wrist pendant which you can use at your home, within the normal range of the cordless phone.

This allows users to press for emergency help if they are gardening or just not within reach of the phone or base station.

Additional emergency devices are available at an extra cost, including this Wearable Pendant which features fall detection which triggers the emergency call also

And this Emergency Pull Code which can be installed in the shower or any area as a button to press or cord to pull for emergency calls to your six nominated numbers.

It’s a brilliant setup, so easy to use, simple to install, and utterly affordable.

Peace of mind for family, and ‘the home phone’ for your loved one who doesn’t need a full NBN connection.

Well worth a look if you have older family who are independently living outside of care.

MyHomeFone – The NBN Alternative now with 4G and a WiFi hotspot