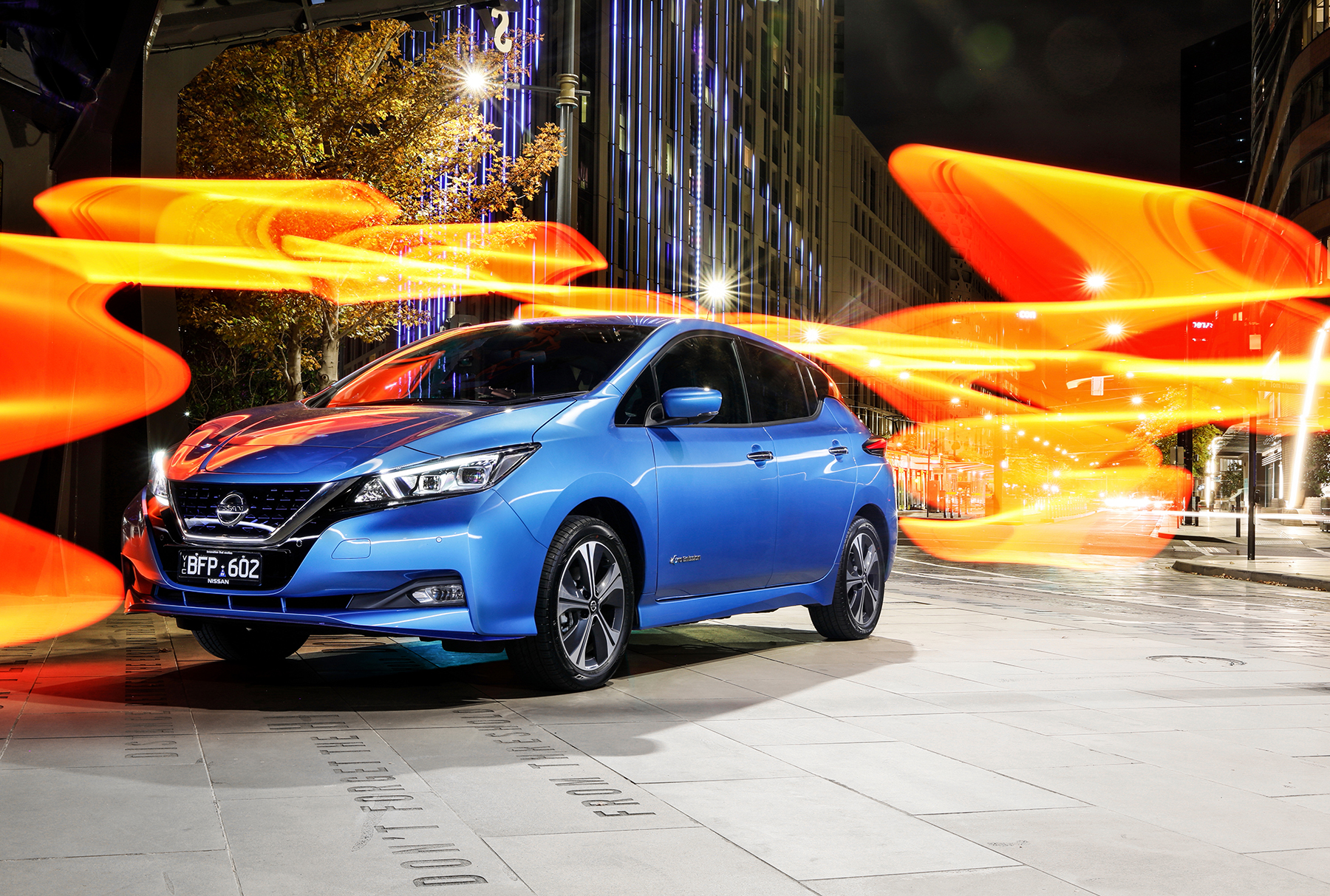 Nissan Leaf e+ Review: Rethinking the battery in your car & home with Vehicle to Grid as a highlight

Seven and a half years ago when I first reviewed the Tesla Model S I said “rethink everything about cars and driving” – I also said “This genuinely felt to me like the future of motoring”. Strangely, when talking about the Nissan Leaf today – I feel I need to say something similar. Rethink everything you know about powering an electric car and your home thanks to the Nissan Leaf e+.

The Nissan Leaf is not new. In fact it’s 10 years old and while it has had a face lift, lets be honest, it’s not changed much. Over 500,000 of them have been sold, making it the best selling electric car in the world, so anyone who challenges Nissan’s understanding of the EV space is bonkers.

Today, Nissan are announcing the latest version of the Leaf – the e+. It’s the same car, with blue coloured stripes at the front and back on the lower edge of the bumpers. Underneath, is a battery with more energy storage, fitting into the same sized physical battery.

62kWh is now the total battery capacity, up about 22kWh on the standard Leaf – which is still available of course, and will likely still account for 60% of Leaf sales.

Because of that extra charge sitting waiting, the Nissan Leaf e+ also gets 115km more range, now topping 385km, plus charging peak is now 100kWh for a faster recharge.

How does it drive?

Good. This isn’t a sports car, nor is it equipped to give you a drivers sensation on the twisty bits. But I’ll leave the hard core analysis of that to folks who can describe better such things, like Trent Nikolic or Tom Baker who were with me last week on a cold day in the hills outside Melbourne to test the Nissan Leaf e+.

We drove on freeways, and some nice winding roads to our presentation destination. I felt the car was most definitely more at home in the city and open road, more than the twisty bits – but I didn’t feel uncomfortable at any stage.

In fact, my only feedback to owners and buyers is to use the ePedal only in the city. The ePedal setting on the Leaf allows you to use just the one pedal to drive. Taking your foot off is braking, and on a winding road a little lift for a normal driving style is like a half press of the brake – not ideal.

But, it’s a well sorted, well built car that’s at home on our roads here in Australia.

Frankly, this announcement isn’t about the car’s ability on road. It’s about it’s ability in your driveway.

Stop the presses, we’ve got much to learn together. And I won’t do it all here, this will take time for us all – me included.

In simple terms, the Nissan Leaf is the Electric only car in Australia capable of bi-directional charging. That is, sending power back into the grid from its battery. Also known as Vehicle to Grid.

While this isn’t new technology, it’s yet to launch in Australia, with certification of the equipment required before it can be rolled out.

But here’s the gist. You need a wall charger, like those you see for other Electric Cars, except this one doesn’t just take power from your home into the car.

This one can also take power from your car and use it in your home (or back into the grid).

It’s basically a big inverter, like those installed for Solar installations all around Australia.

As it’s a very new technology, early adoption won’t be cheap – many thousands, but this is a literal game changer.

Your car could have in its battery enough power to keep your home running for a few days. Yep, that’s a real thing.

For those who have installed solar or who are like me about to install solar – one of the new considerations is installing a home battery. These big boxes sit static in your home or on the side of your home, storing power you generate by solar (or from the grid at affordable times of day), and can then deliver power to your home when power from the grid is expensive or solar is unavailable.

Here’s where it gets REALLY interesting.

Buy a Nissan Leaf e+ with it’s 62kWh. At $60k, it’s actually better value than any home battery. But it’s more than just that value proposition.

You’ve got a battery in your car, it’s got the power to drive your home appliances in peak times, and you can charge your car on the cheapest off-peak.

Or, you can use it to power your home at night, and most likely won’t need that power the next day when you drive – we rarely need the “full tank” on any given day.

If you’re heading off on a Roadtrip and need the 385km range, don’t plug it in or set it to not output power. These things are computers, you can do all that.

Honestly, why buy a battery that sits static on your home wall storing power every day when you can have one that is ready all the time when you need it, has more capacity, and because you’ll probably sell the Leaf and buy a new one in 5 years, you’re always getting the newest technology – rather than waiting 15 years for your battery to lose capacity and power and then have to replace it.

Our cars need not sit idle in the driveway, they should be useful at all times – the Nissan Leaf e+ is a new, unique option for the future thinking green energy warriors, and budget conscious car owners alike.

The price of the Nissan Leaf e+

At just over $60k she ain’t cheap. Nissan’s own EV lead described the extra power in the battery as something just shy of 12,000 AA batteries. And buying those batteries would cost you $17,000 at Woolies.

Those Woolies batteries aren’t rechargeable, the Leaf is. So head to IKEA for some cheap rechargeable batteries in 4 packs, 12,000 of them will set you back $44,000.

That puts the $10,000 premium of the Leaf e+ into a staggering perspective.

Add to that equation the cost of a home battery, which this car essentially replaces, and you’re starting to see this all add up.

Nissan Leaf e+ is unique in the market

Judging the Leaf e+ against other EVs like a Hyundai Ioniq or a Tesla makes no sense, this is a unique and different proposition – and I for one am starting to think about the overall value proposition this presents.

Nissan Leaf e+ Review: Rethinking the battery in your car & home with Vehicle to Grid as a highlight