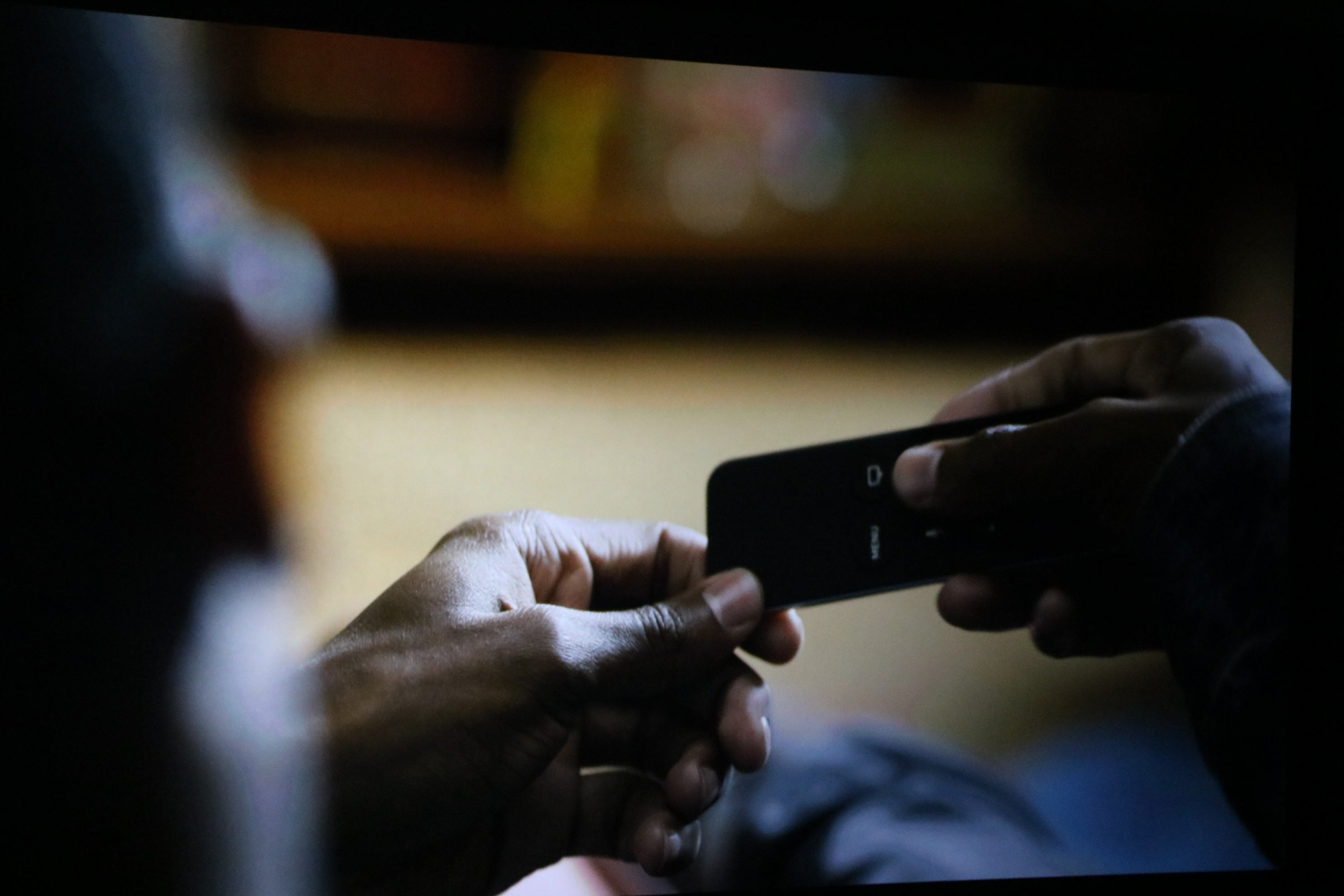 The little black box that sits besides millions of TVs is about to get an upgrade.  Apple TV is a simple streaming media box which has looked the same for almost five years, and while new functionality has been added gradually, it’s been slow and steady – Today, Apple announced a real makeover of Apple TV

Tim Cook stood on stage today and proclaimed that “The Future of TV is Apps” – foreshadowing a shift in the approach to Apple TV.

Looks as plain Jane, but it’s slightly bigger.  More power on board as well as a bit of storage used for App downloads, it’s a very different beast. Easy to lose.  That’s the biggest issue with the cute and super slim Apple TV remote.

The new “Siri Remote” for Apple TV will be just as easy to lose, but will have more features.

Accelerometer and Gyroscopes will allow the remote to know how its being handled moved and twisted, just like an iPhone or iPad.  Likewise it will have a touch sensitive pad to allow touch interactions.

Imagine a game like Crossy Road being developed for Apple TV – no need for an iPad or iPhone, you just swipe and tap the remote to get that little guy across the roads and rail tracks. Then think of Real Racing 3.  No iPhone or iPad, game runs on Apple TV and the remote is your steering wheel.

A good step forward, and more affordable than a high end games console – that seems to be the target.

One of the key demonstrations Apple had today was the universal search concept.  So now if you search for a title, you will get results across your apps – like Netflix and iTunes, so if the show is available on Netflix and you’ve got a subscription, why buy it!

Using Siri to do your searching, asking “human” questions like “find me that episode of Modern Family with Edward Norton in it” and Siri will search the metadata from all the TV content to serve up what you want.

Until now, developers, media companies and such had to work directly with Apple to get their content and app onto Apple TV.  All that looks set to change with an open Software Development Kit and Apple TV App Store coming to give the power to the user over their Apple TV on the new tvOS operating system.

This means anyone can build a game or app, and via the normal approval process, you can get it from the App Store.  This will be a huge boost for Apple TV.

We don’t have Aussie pricing yet, but given the last version was $109, and that one was $69 in the USA, we can expect a price hike with the new Apple TV being priced at $149 in the USA.  Unfortunately that will put it over $200 in Australia leaving Google Chromecast as a simple streaming device of choice, while Apple TV sits well above Chromecasts’s $49 price point as a mid-range gaming set top box.

Apple TV will be available in October.

For as long as I can remember now we’ve been talking about the importance of Anti-Virus, security for your computer. In 2020,...