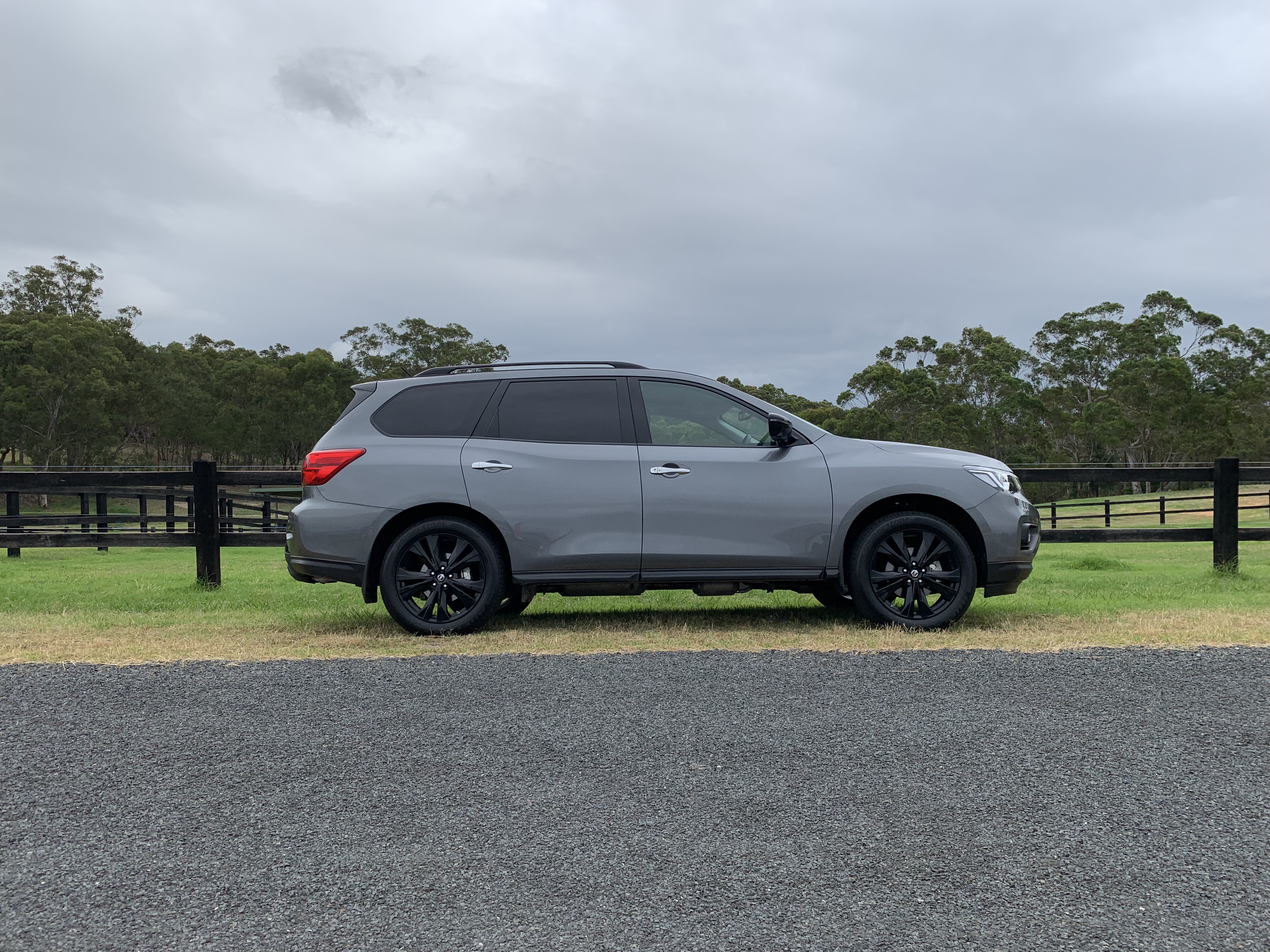 If you have a large family who really want to rock out in a big seven-seat SUV then the Nissan Pathfinder N-SPORT is your Purple Haze. Well black actually, because when Nissan adds that badge there’s no turning back from a lot of black. The special edition pack adds black everywhere, over and above where chrome would normally lie. I spent a week in the Nissan Pathfinder ST-L N-SPORT recently to see what all the fuss was about. 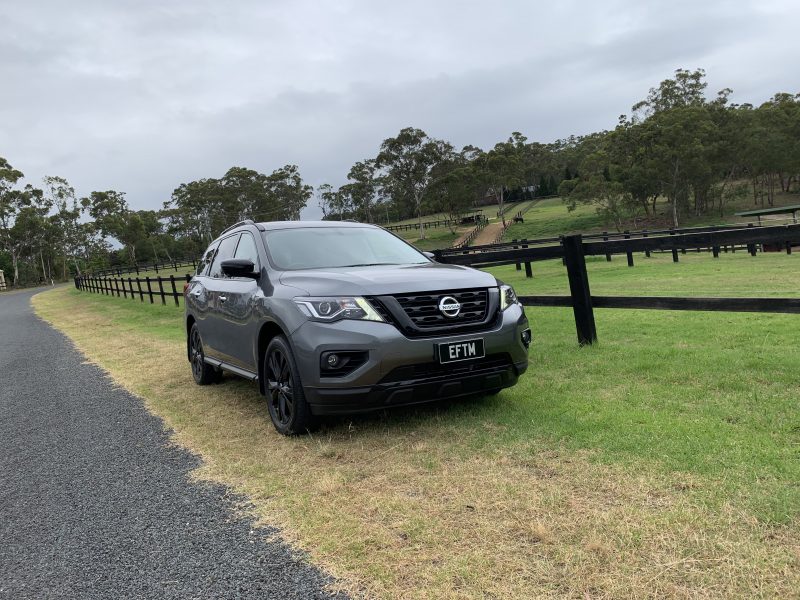 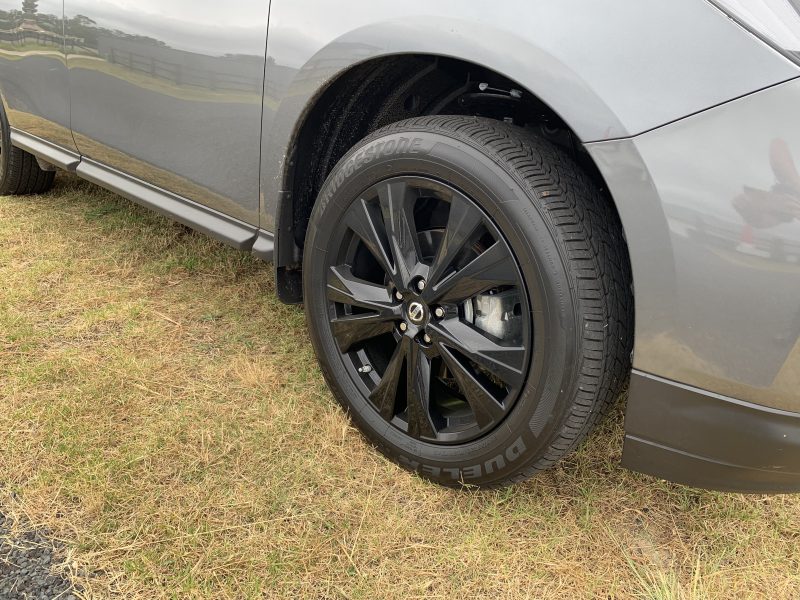 There’re three colours palettes on offer – Diamond Black, Gun Metallic and Ivory Pearl. Aside from that and the extra price tag that’s about it. Oh, and there’s only 250 of them getting around.

Not much has changed with the Nissan Pathfinder for a while. It’s still the same big, lounge like machine it’s always been. Back in 2017 the Pathy received some pretty significant upgrades, like a new V6 engine, LED Daytime Running Lights and better driver assist safety systems. 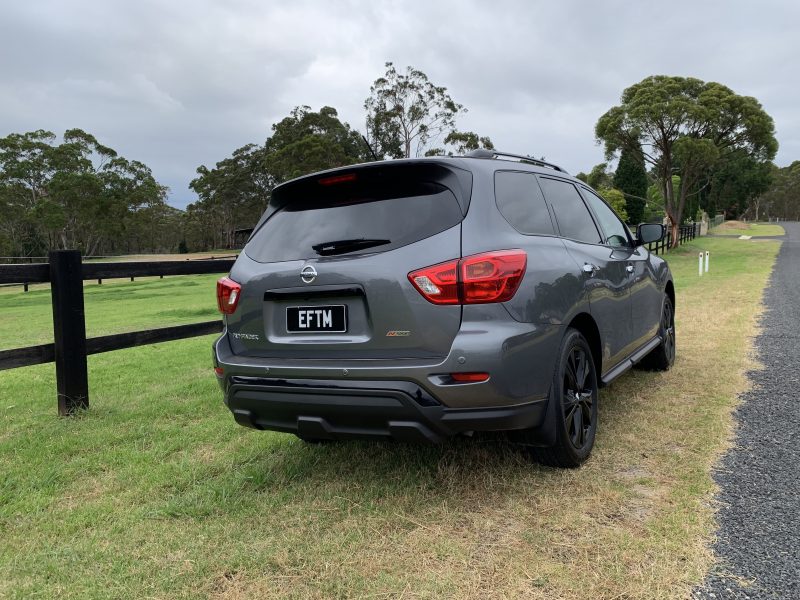 It also drives better than prior to the update. It’s still gallops along, but now with a little more control. The ST-L based N-SPORT model misses out on AWD which is a shame, that would add a little more surety to what is a two-tonne bull. There’s a stack of power underfoot if you need it plus it can tow above its average at 2,700kg (braked). 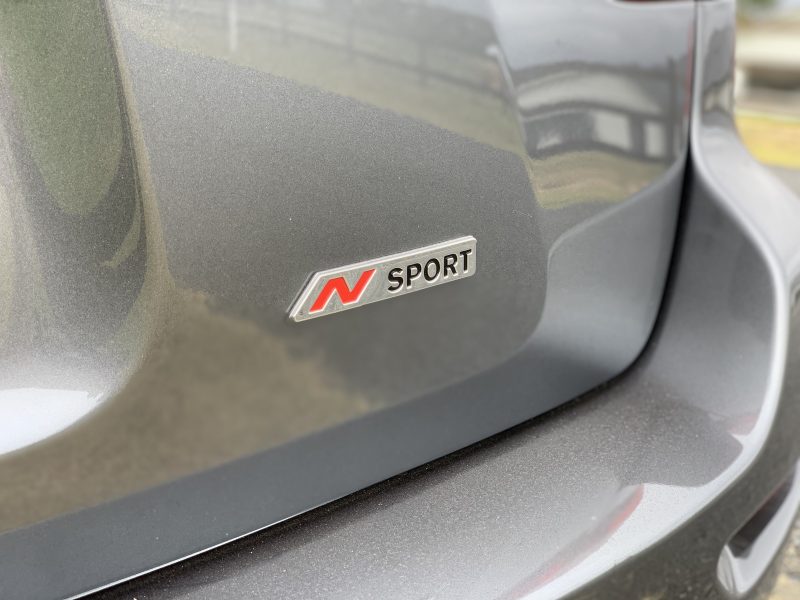 The black leather-accent seats are super comfy in all three rows, the driver’s seat can be adjusted in eight ways while the front passenger will have to settle for just four. There’s a Bose sound system with 13 speakers, any less would be similar to the Opera House only having two or three. 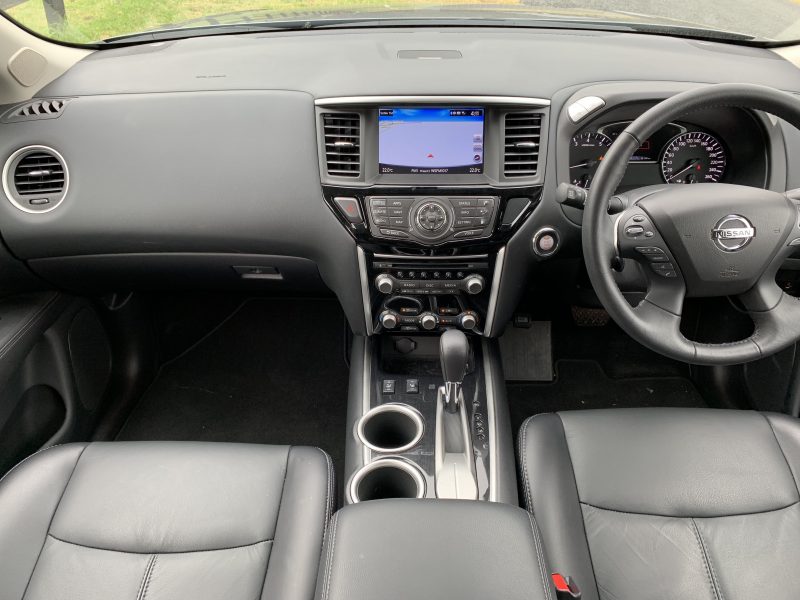 The 3.5-litre V6 directs 202kW/340Nm through at Continuously Variable Transmission. The petrol tank will take 73-litres of 91 RON, if you must know cargo space is massive with the rear two rows down at 2260-litres, bring on IKEA. It’s still ok when carrying seven actually at 453-litres. 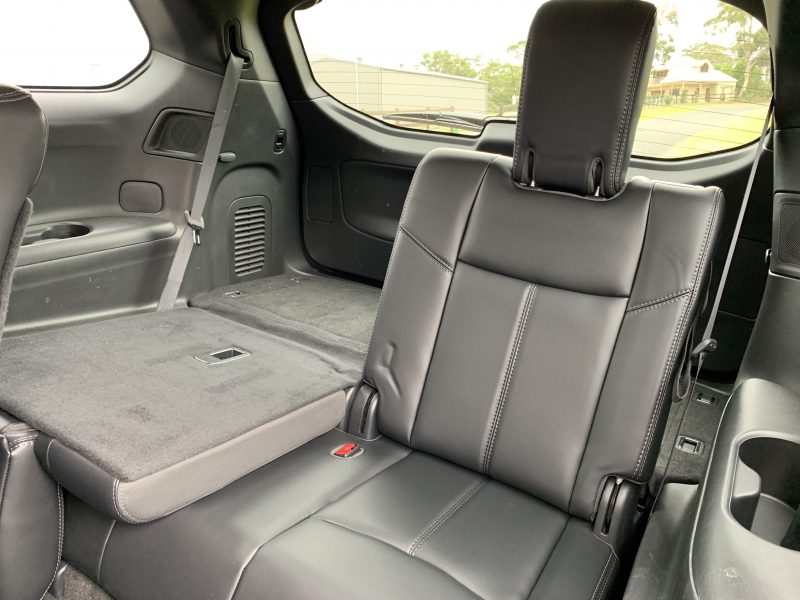 The 8.0-inch infotainment screen is a bit like me, almost 40. To a 21-year-old that’s pretty ancient right? These things are important these days, look at all the screen’s that are around you and see what they look like and can do. Nissan need to burn it.

Aside from that don’t go looking for anything too fancy, like Apple CarPlay et al. 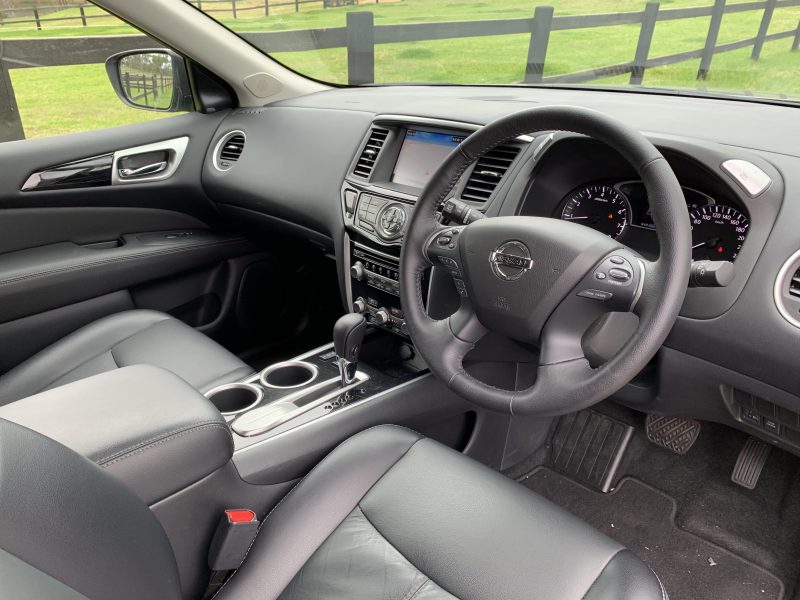 Because your neighbour has a standard blue ST-L and you had around $2,000 extra in your wallet. 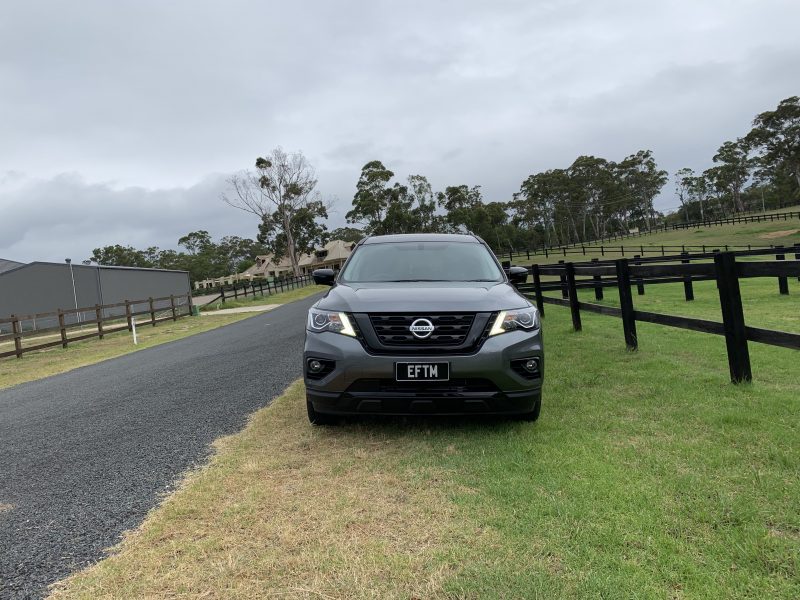 The Nissan Pathfinder is still pretty tempting, unless you’re a tech-head. It’s spacious, powerful and very much a large family car. However adding the black bits and pieces only slightly refreshes what is a bit of a tired machine. It’s a 7 out of 10 from me.