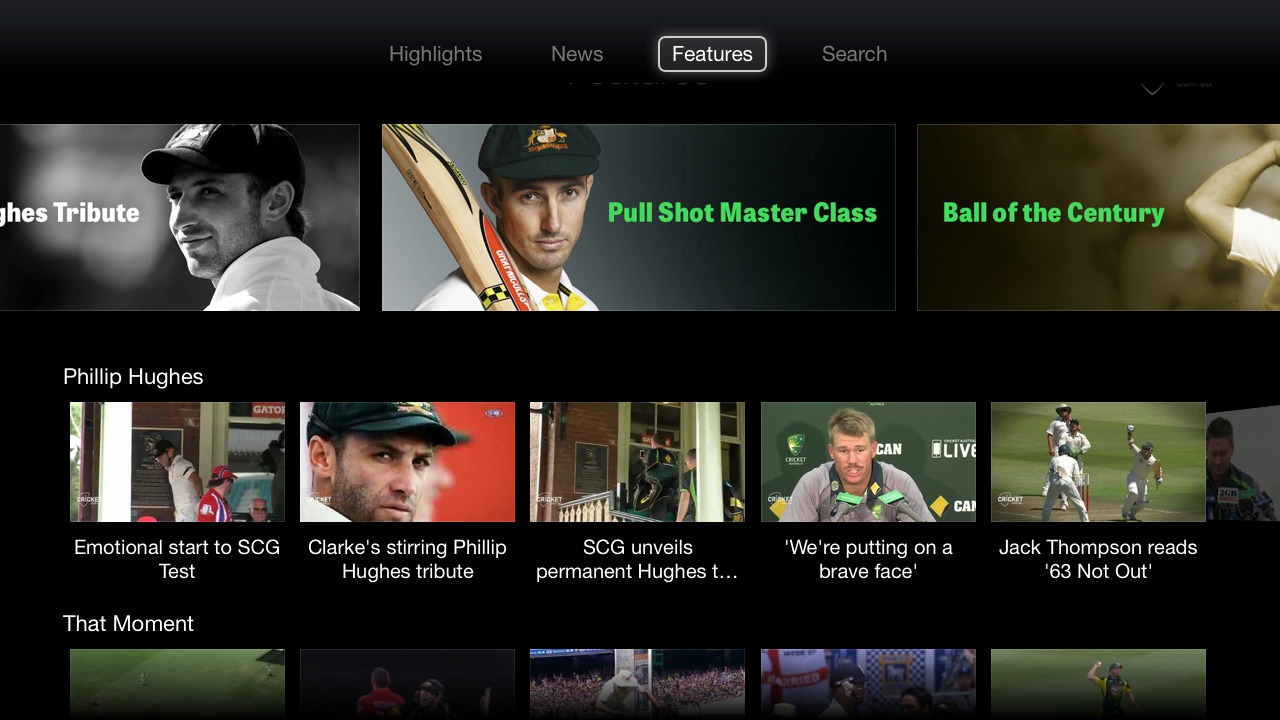 If you’ve got an Apple TV you will have seen things like the MLB app which allow subscribed users to access content from the Major League Baseball in the USA, well now Aussie Cricket is coming to your Apple TV after an announcement today from Cricket Australia. This is a first for sport in Australia with Cricket taking the head-start on the other major codes. There is no live content – yet – with broadcast deals still in place for Domestic, International and the Big Bash cricket across the Nine and Ten networks, but this could easily be a vision into the future.

Whether cricket does it on its own, or in partnership with a broadcast partner in the future, there’s nothing to stop this resulting in live streaming of games, with potentially additional data or camera angles etc. The future of TV is over the top (OTT) and it’s long been assumed that live sport and live news would keep TV alive.  The question remains, in a few years from now, would you rather pay to watch live an uninterrupted coverage, or watch advertiser supported free-to-air?  Time will tell.