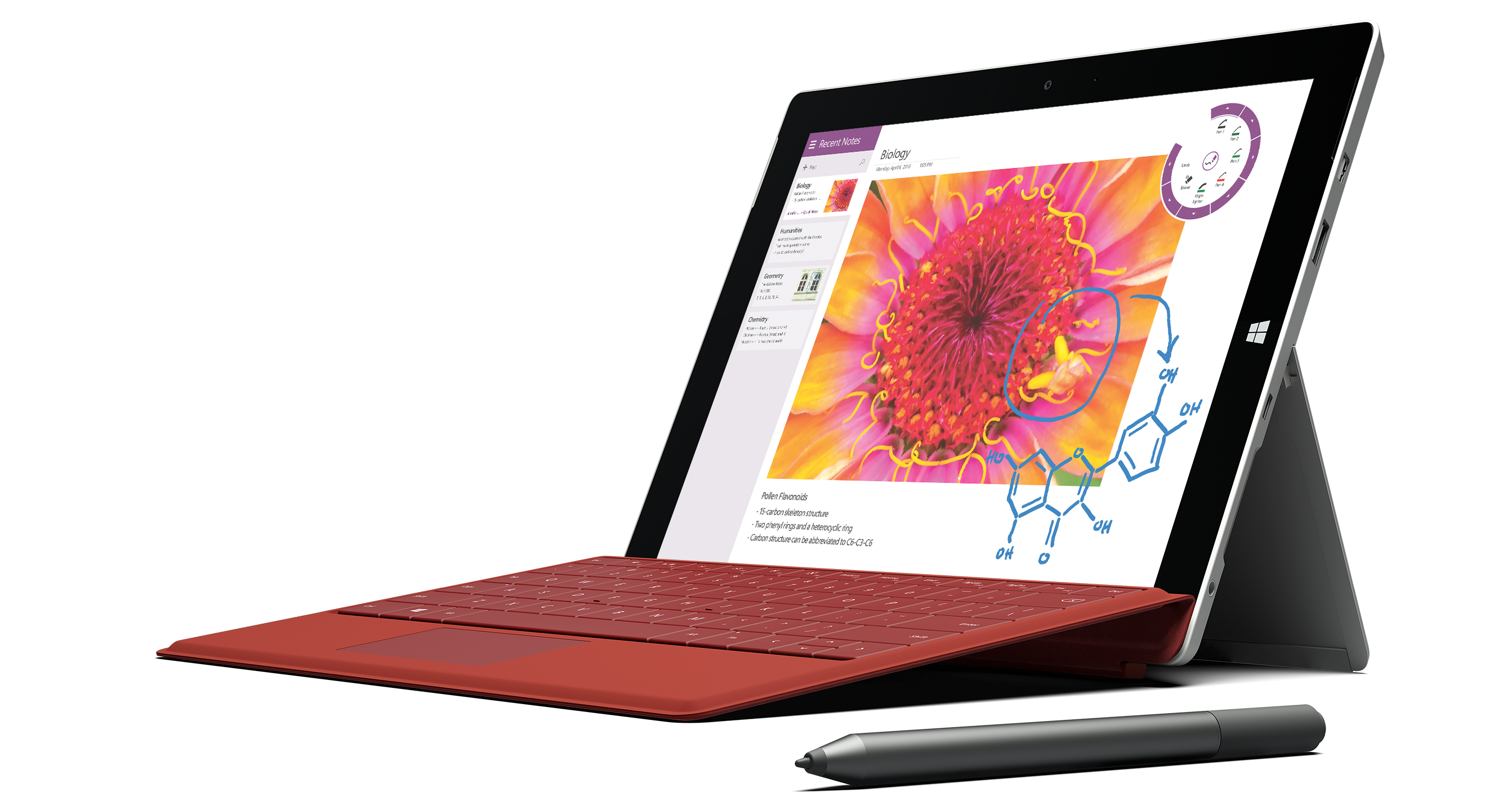 The Microsoft Surface Pro 3 is an excellent tablet. It’s also a genuine laptop replacement option.  But it has two problems working against it in a mass-market and mass-retail environment.  Size, and Price.  Microsoft today announced a new product which takes the fight directly to the market leaders – the Microsoft Surface 3.

Under the hood is Intel’s Atom x7 processor, a quad-core mini beast that brings something important to the device – no vents.  Being a fanless processor the vents which run around the edge of the Surface Pro 3 can be avoided in the design for Surface 3, meaning you end up with a total thickness of 8.7mm – the thinnest tablet Microsoft have made. Because of the processor mainly, the battery life jumps to 10 hours,and that’s 10 hours of video playback which will chew your battery in most cases.

The list goes on.  A full-size USB 3 port, Mini DisplayPort, MicroSD card reader, and – wait for it.  A Micro USB charging port.  Yep, the same charger that’s on almost every Smartphone and Tablet on the market (Except Apple). Around the back, the kick-stand is as solid as ever, but has just three positions, unlike the unlimited options on the Surface Pro 3. This device is aimed fairly and squarely at the dominance of Apple, and also Samsung in the premium tablet space.  Sure you can buy tablets for $200 or $300, but you get what you pay for.

At $699 you’re going to get a solid tablet from Microsoft.  All the same types of accessories are coming on day one.  Type Covers, Pens, Docks you name it.  This is the whole package. And it’s running Windows.  Now, say what you like about Windows 8.1, but when Windows 10 arrives, this device is ready to shine.

Later in 2015 a 4G capable version will also hit our shores, starting at $839 putting a total of four models into the Surface 3 range.

Where the Surface Pro 3 has a solid market with professionals and corporate clients for Microsoft, the Surface 3 is aimed at the everyday people, and I think they’ll do well once people are sitting in front of the Surface 3 in retail stores.