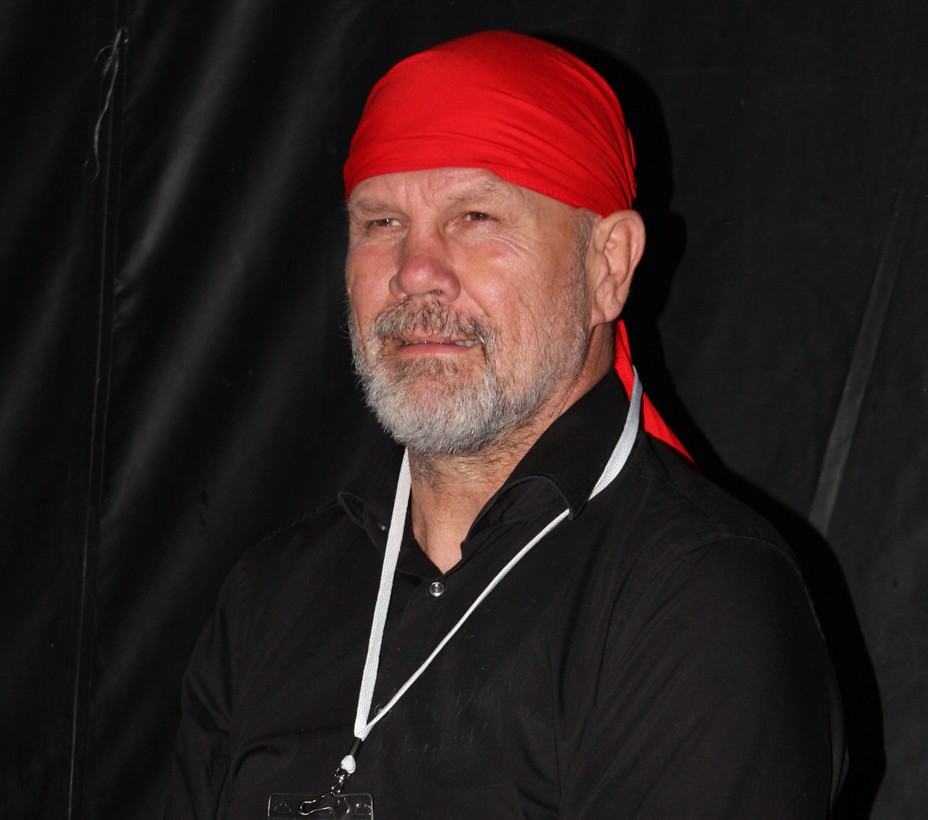 I’ve got a very personal message for all the outraged fans and motorsport competitors after Peter Fitsimmon’s column in the Herald on the weekend – move on, or make a career out of it. 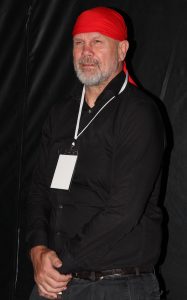 So apparently there’s a storm of anger in the motorsport community about some comments published in Peter Fitsimmons column on the weekend in the Sydney Morning Herald.

They’re short – and to the point from the SMH:

Nick Percat on winning the Clipsal 500, whatever that is: “This is unbelievable. I’ve watched this since I was in a pram. Everyone wants to win the Clipsal 500 … it’s a feeling I’ll never forget.” I’m guessing it is won on something fast, noisy, powerful and dangerous.

That little bit, in a very long column got some people pretty upset.  And in some ways – good on them.

Here’s a bloke who’s written more about sport than many would have read, and has played at the highest of levels.  So surely he knows what the Clipsal 500 is?  But perhaps not?

Tweets like this would have started hitting Fitzsimmons inbox:

@Peter_Fitz it’s a real shame you chose to belittle @NickPercat‘s Clipsall 500 win. Just because it’s not your 1/2 pic.twitter.com/jbnZN7lTQ4

And prompted this from Nick Percat himself:

@Peter_Fitz You don’t know me, I don’t know you. Respect the ppl who make @v8supercars & @Clipsal500 happen. No diff’ to a sport you love 👍🏼

My mate Greg Rust chimed in hoping to offer an olive branch:

@Peter_Fitz you’ve been smashed up by the Motorsport community today. Come for a @v8supercars ride & your awareness will change. @Nick_V8SC

Lewis Isaacs has written an open letter published at Auto Action which ends with the words “The sport doesn’t get the ink it deserves. You as a sports journo not knowing enough about it proves it. But at least you now know there are plenty of people who will gladly tell you all about it if you’re curious to find out more.”

As a 16 year old in Year 12 at school in 1993 I remember reading this in the “tune in tune out” section of the then Telegraph Mirror: 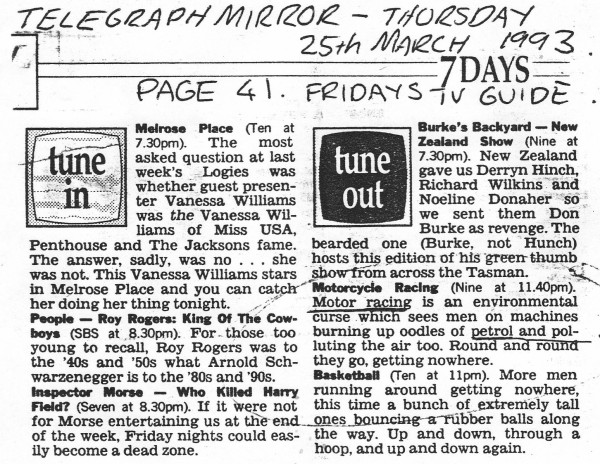 For many reasons.  Firstly, I was outraged.  I immediately faxed it to David Tapp host of Straight Torque on 2KY each Sunday Night.  A talkback show about motorsport. I called about it that week.

Did my call change anything?  Nope.

Did the whole of Australia “tune out” as Michael Idato – the Author – had recommended?  Nope.

Did I learn that everyone has a view, and that sometimes you’ve just got to take it with a grain of salt?  Yep.

I kept calling that radio station, I ended up working with David Tapp, then met people like Greg Rust and have worked in the media every day since. It’s a funny old world.

Should we – the lovers of motorsport – be angry at the commentary like Fitzsimmons’ on the weekend? Maybe.

Does it make a rats’ of difference if we fuel the outrage machine, at what was essentially a humorous quip – probably not.

Does Motorsport deserve a wider audience? Perhaps. But let’s just be happy with the bumper crowd at Clipsal and the huge event coming up next week at Albert Park for the Formula One.

Does it matter of Peter Fitz never gets that burning desire to watch the cars go “round and round” – not really.

So let’s just enjoy our sport – it’s not like this was a front page headline.

Oh, and don’t lose hope. Perhaps Fitzy will come along and enjoy a race some time. Michael certainly did.

@trevorlong You’ll be pleased to know my stance on motorsport has softened. I’ve done everything from drag, to rally to F1.

There are plenty of sports that wish for more coverage here or a bigger headline there – hey, even the NRL would love to get better coverage in Melbourne!