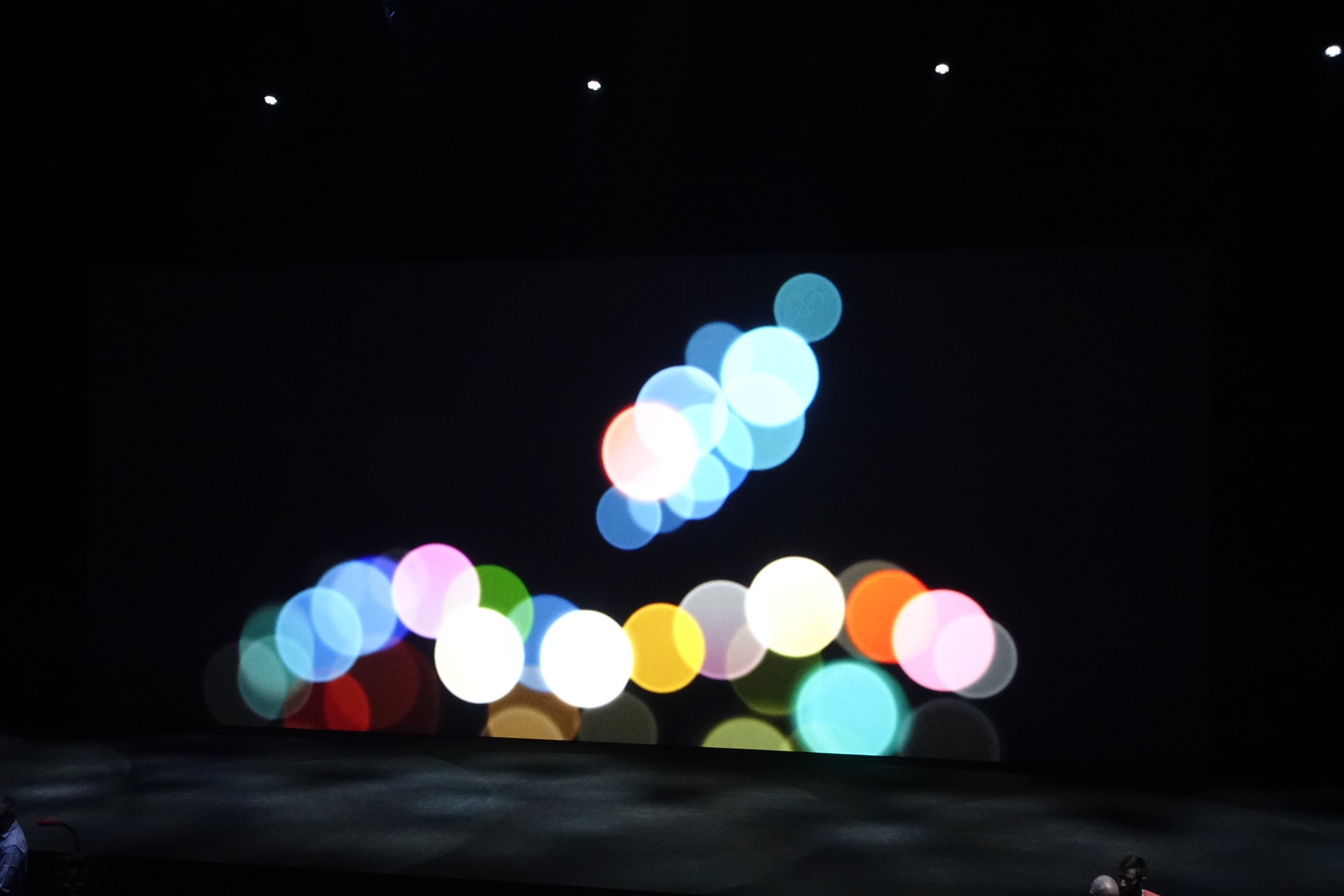 Inside the large Bill Graham Civic Auditorium in San Francisco, Apple CEO Tim Cook took to the stage today for the company’s September ‘Event’ – now a solid feature of the year where the new iPhone is announced.  Today, the iPhone 7 and 7 Plus were on show. 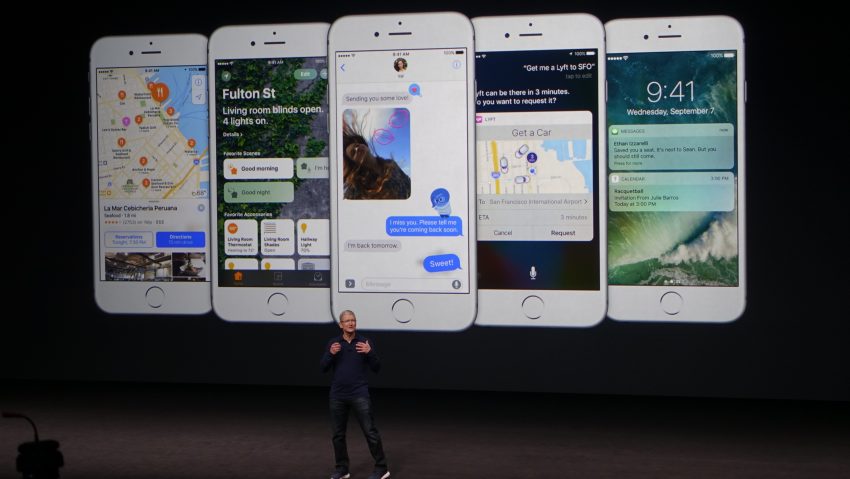 As expected, the camera on the iPhone 7 is a standout feature, while the traditional 3.5mm headphone jack is gone.

The device overall has a similar overall look to the two previous generations, the iPhone 6 and 6s, yet through a redesign of the antenna arrangement the outer shell looks ever so different.

While other phones from companies like Samsung or Motorola have been waterproof for some years now, Apple has finally certified its iPhone as Water-resistant, this means those accidental drops or spills won’t mean no more wasted devices and trips to the Apple Store.

IP67 protection rated, so you can fall into a pool with the phone, but essentially don’t go deep diving with it.

Generation after generation, the iPhone has had a sensational camera.  But in 2016 its competitors have breezed past.  I’m not saying the camera has been bad – but when you do benchmark and side by side testing there have been better cameras.

So the iPhone 7 will have Optical Image Stabilisation, formerly only found in the Plus version, it has a wider aperture lens, new lens design and a high-speed 12 megapixel sensor.  A true tone quad-LED flash with 50% more light.

Perhaps critically iPhone 7 Plus steps up the game in a much bigger way. There are two 12 megapixel cameras in the 7 Plus.  Two different lenses.  This means one wider angle and one telephoto lens, the zoom is created using the lenses more than the software. 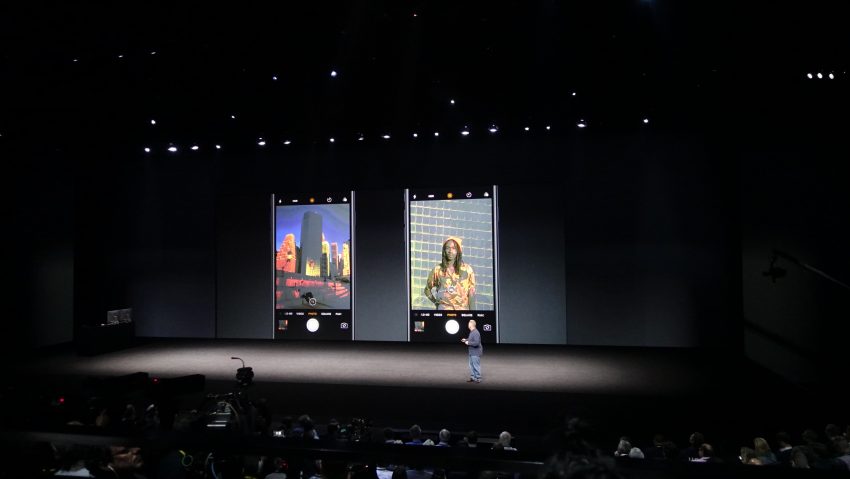 2x optical zoom with the tap of a button, allowing you to have a much greater quality software zoom up to 10 times.

On Stage, Phil Shiller also demonstrated improvements in the depth of field. With an iPhone 7 Plus, using both camera lenses a depth map is created in the software allowing a depth of field effect to be added to the camera app for iPhone 7 Plus. 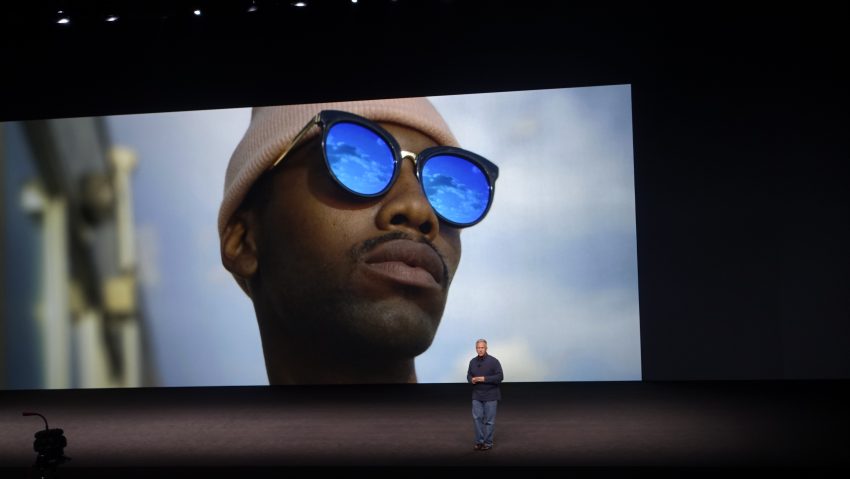 The Home button is now force sensitive similar to the force-touch allowing different levels of touch pressure and different reactions.

Yep, on the bottom, on the top, on the sides – there is no little round circle hole to plug in your headphones.  The traditional 3.5mm headphone jack is gone.  But that does not mean headphones are dead.

Shipping with the iPhone 7 and 7 Plus will be a set of Apple earbuds, the difference is they have a lightning connector on the cord instead of the 3.5mm plug.

Likewise, you’ll find a huge range of Bluetooth headphones on the market.

Courage, Space & Vision for how Audio should be – that’s what Apple says are the key reasons for removing the analogue headphone Jack.

Good news, as expected, the headphones in the box will be lightning, PLUS, an adaptor for lightning to 3.5mm will also be included in the box.

Expanding on the current four colours (Silver, Gold, Space Grey and Rose Gold), the iPhone 7 will come in one more, known as Jet Black – a shiny very sleek look.  Along with Black (More of a matt finish), Gold, Silver and Rose Gold.

Apple’s own processor on board now at the A10 generation (Called A10 Fusion), will provide 40% faster processing than the A9, twice as fast as the iPhone 6.

Both processors are claimed to be more efficient, using less battery – time will tell!

Once again with the big claims, Apple are calling this “the most powerful chip ever in a smartphone”.

Gaming will step up a level now, and even F1 2016 is coming to iPhone now.

Preorders commence on September the 9th, while the new iPhones will be available in stores and shipping from September 16th

Australian pricing will be updated here as soon as available.