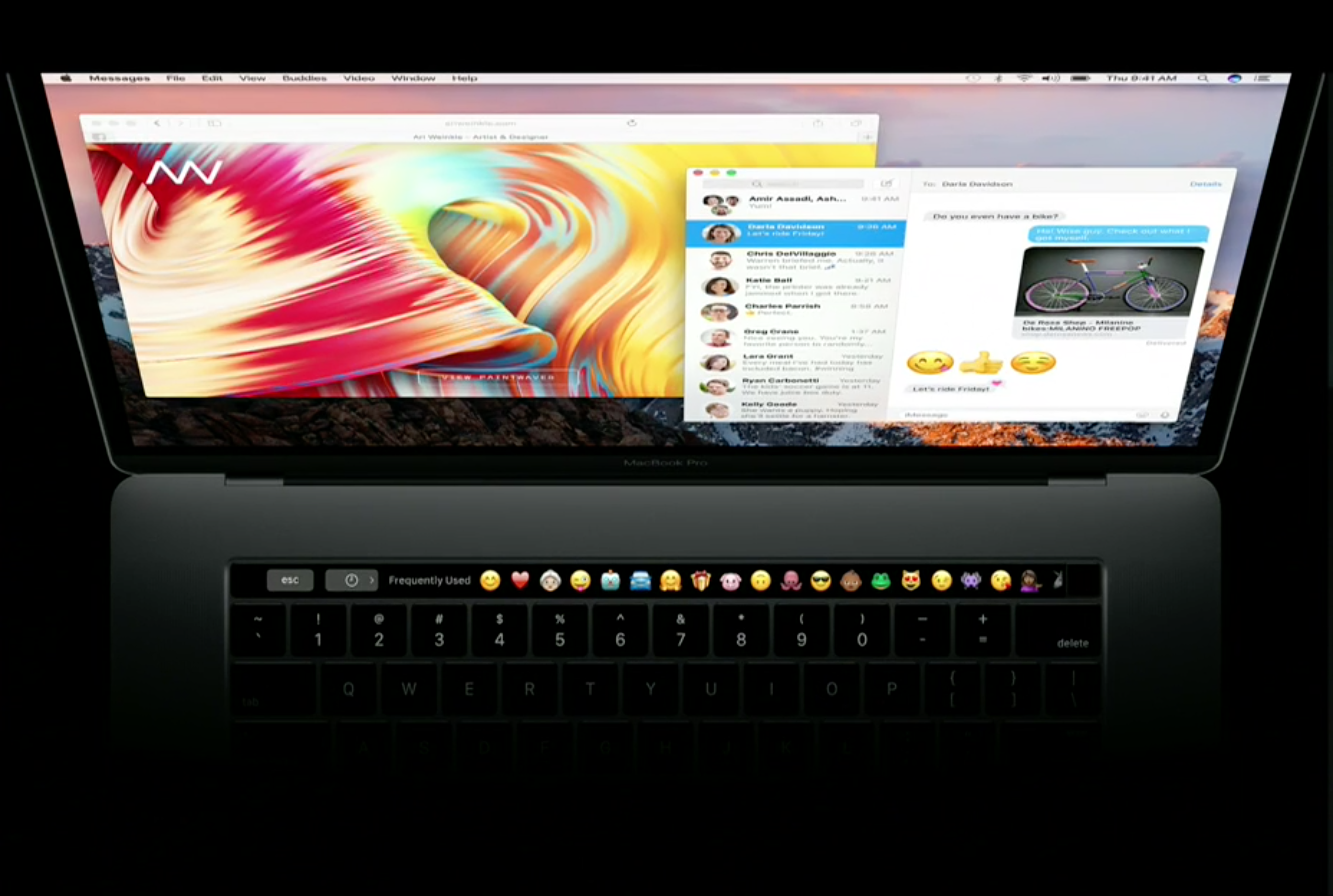 At the Apple campus in Cupertino this morning new MacBook Pro laptops were revealed featuring a new thin all-metal design and a revolutionary new keyboard. 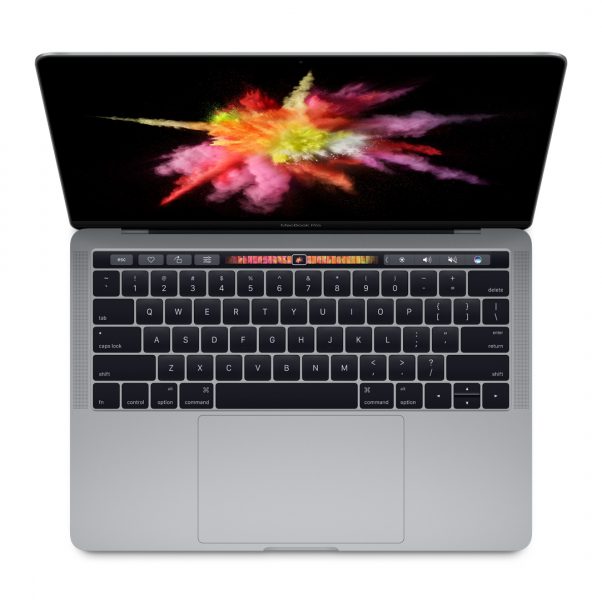 As has been widely rumoured for months, Apple has replaced the “Function” key strip at the top of the keyboard with a touch-screen interactive display.

Apple is not the first to remove the F1-F12 keys from a laptop keyboard, Lenovo did this two years ago with their X1 Carbon laptop, which installed a touch-screen display instead of those keys.  Interestingly, Lenovo responded a year later by returning the physical keys to the device. 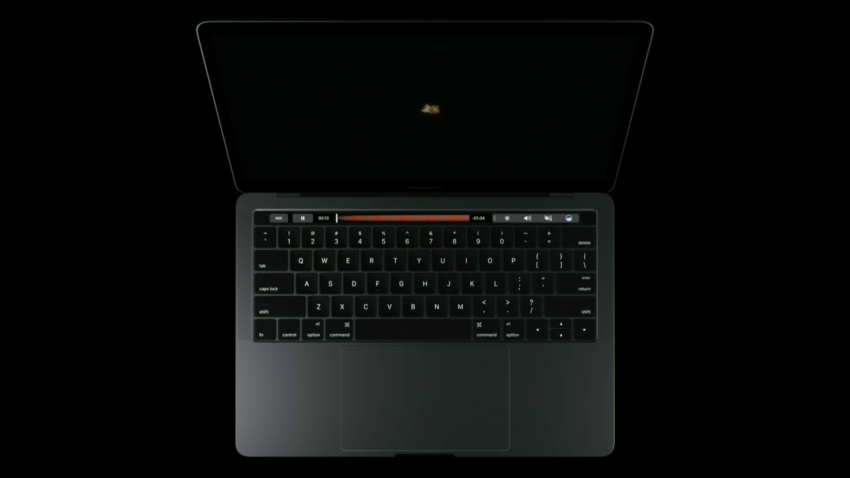 Perhaps learning from that experiment, Apple had to take it one step further.  The “Touch Bar” as Apple calls it interacts with your apps. 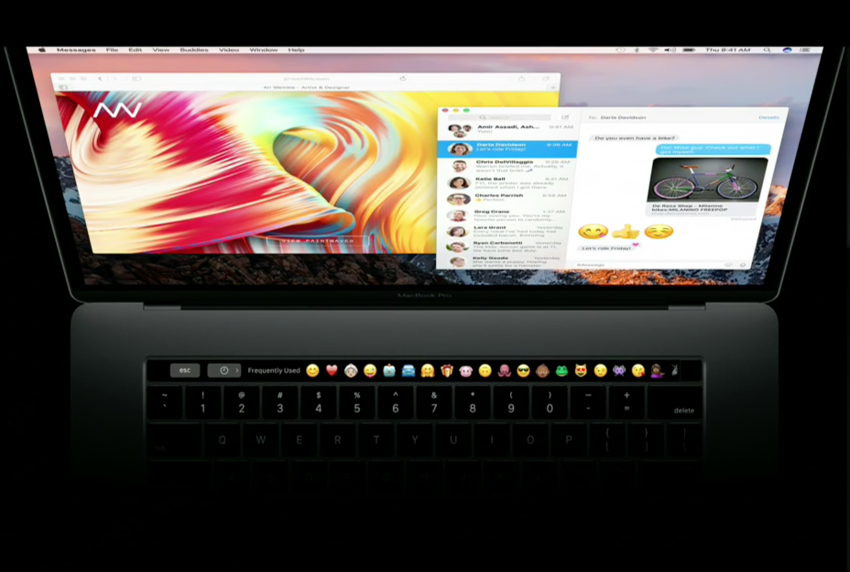 Your standard volume or brightness controls are there, but when in an App things change. In Safari for example you get a clear colour thumbnail of the tabs you have open.  Open a new tab and bookmarked sites are shown with a site logo.

When replying to messages an Emoji keyboard is available for simple access to Emojis. 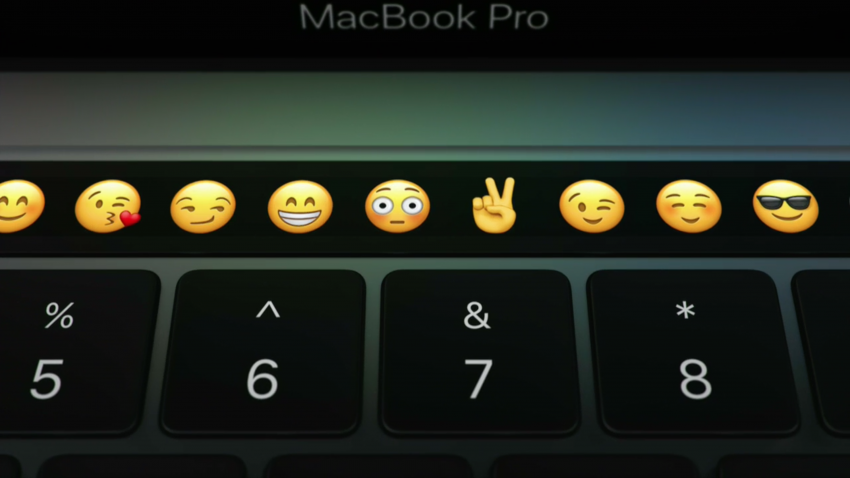 In more complex apps like iMovie, you have editing controls as well as a full timeline overview when previewing  your creation.

For video the playback controls appear in the Touch Bar and scrub through the video.

And when typing, you’re going to see keyboard prompts as you’d familiar with on your mobile devices as well as text controls like bold, Italic and Underline. 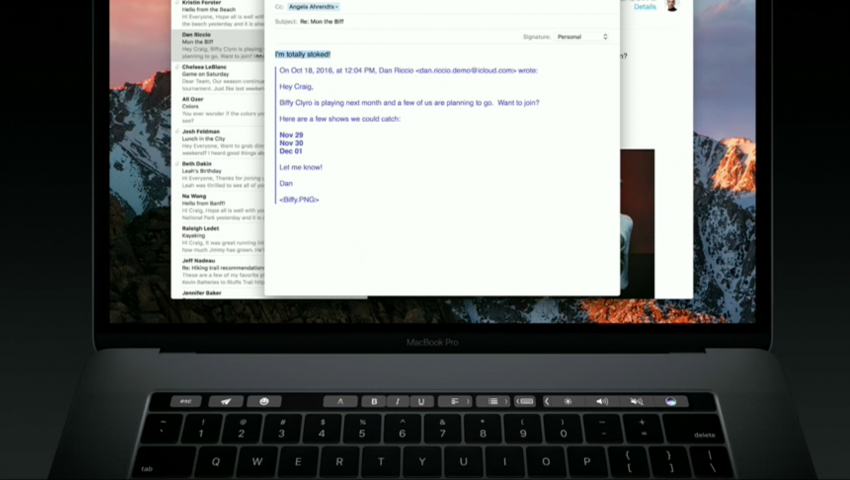 The new MacBook pro is no slouch either – “Inside every MacBook Pro is an Intel Core i7 Chip” – this means your storage and RAM may be customisable, but no mid-tier Core i5’s here – right to the top with an i7.

Around the side are four Thunderbolt 3 ports and a headphone jack.

Thunderbolt 3 is a versatile port, in the shape of USB-C, it allows the port to be a USB, or Thunderbold, Displayport, HDMI or VGA – and you can power your device from any of the four ports – either side.

The screen is 67% brighter than previous MacBook Pros.

They are available in Silver and Space Grey with Space Grey likely to be the hot ticket at launch time given how new it is. 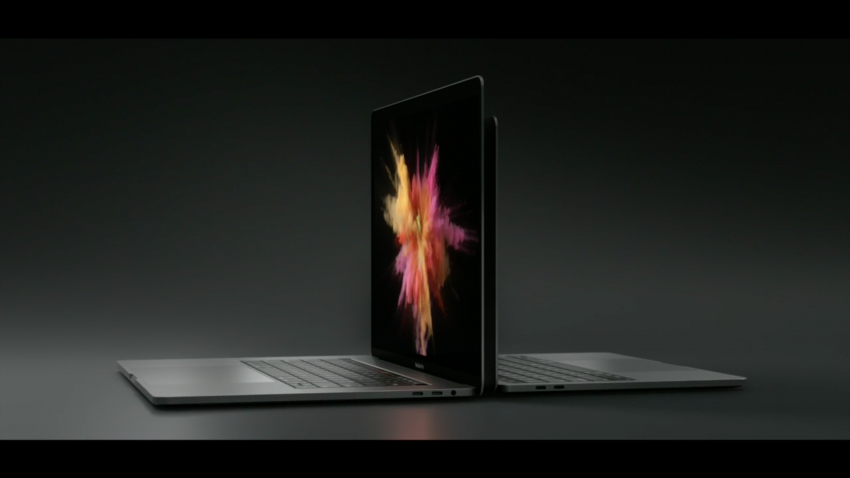 Battery life is rated at 10 hours by Apple.

Interestingly, perhaps based on price and also to cater for the interest in the ageing MacBook Air product – there is a separate 13 inch MacBook Pro which is actually thinner than the 13 inch MacBook Air, same weight, and will ship with traditional function keys and no Touch Bar.  Where this leaves 11 inch MacBook Air users is unknown, and given the “MacBook” is a more expensive product, Apple may be forced to continue the MacBook Air for some time until it can be replaced or updated.