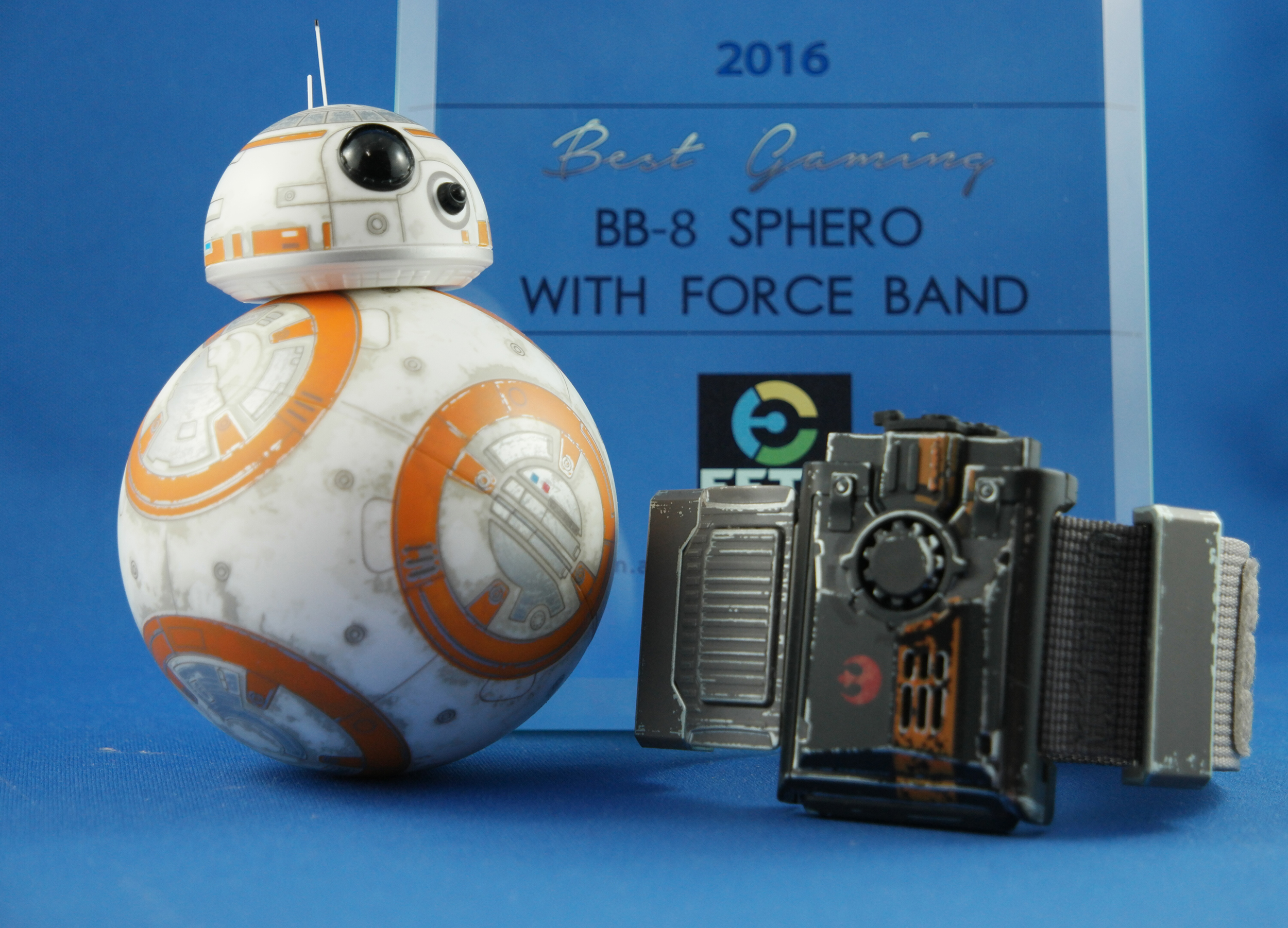 You might not see it first up, but this is not a remote control toy.  This is not just Star Wars merchandise.  Sphero’s BB-8 is an interactive game, and in 2016 they added the Force Band to take it to a new level. 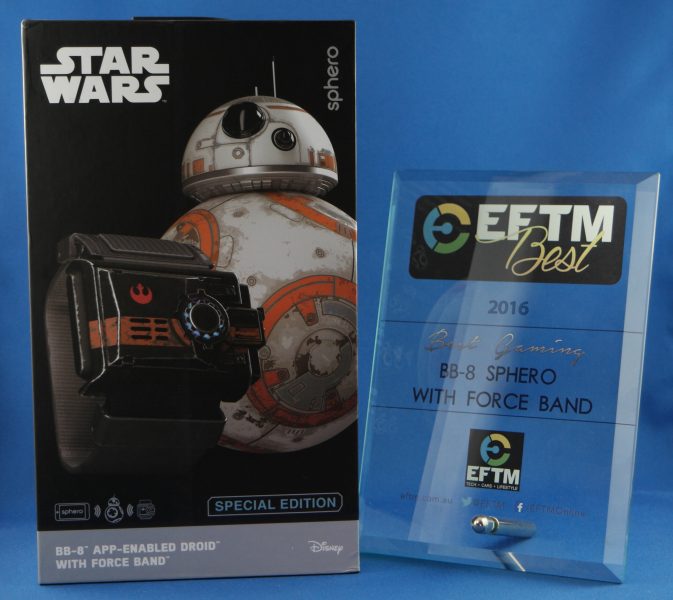 The possibilities are endless. From using the interactive features of the app to controlling your own experience competing with friends – this is more about the fun of the tech than the need to be glued to a screen. 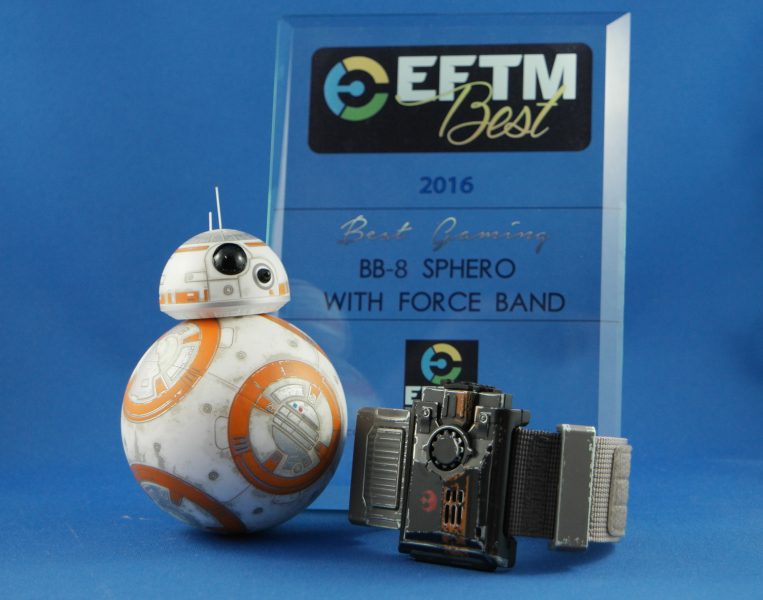 In fact, with the addition of the Force Band a screen is now optional.

Available as “battle-worn” or as my kids call it” dirty BB-8 – it’s loads of fun, and you can make your own games up rolling around the house!