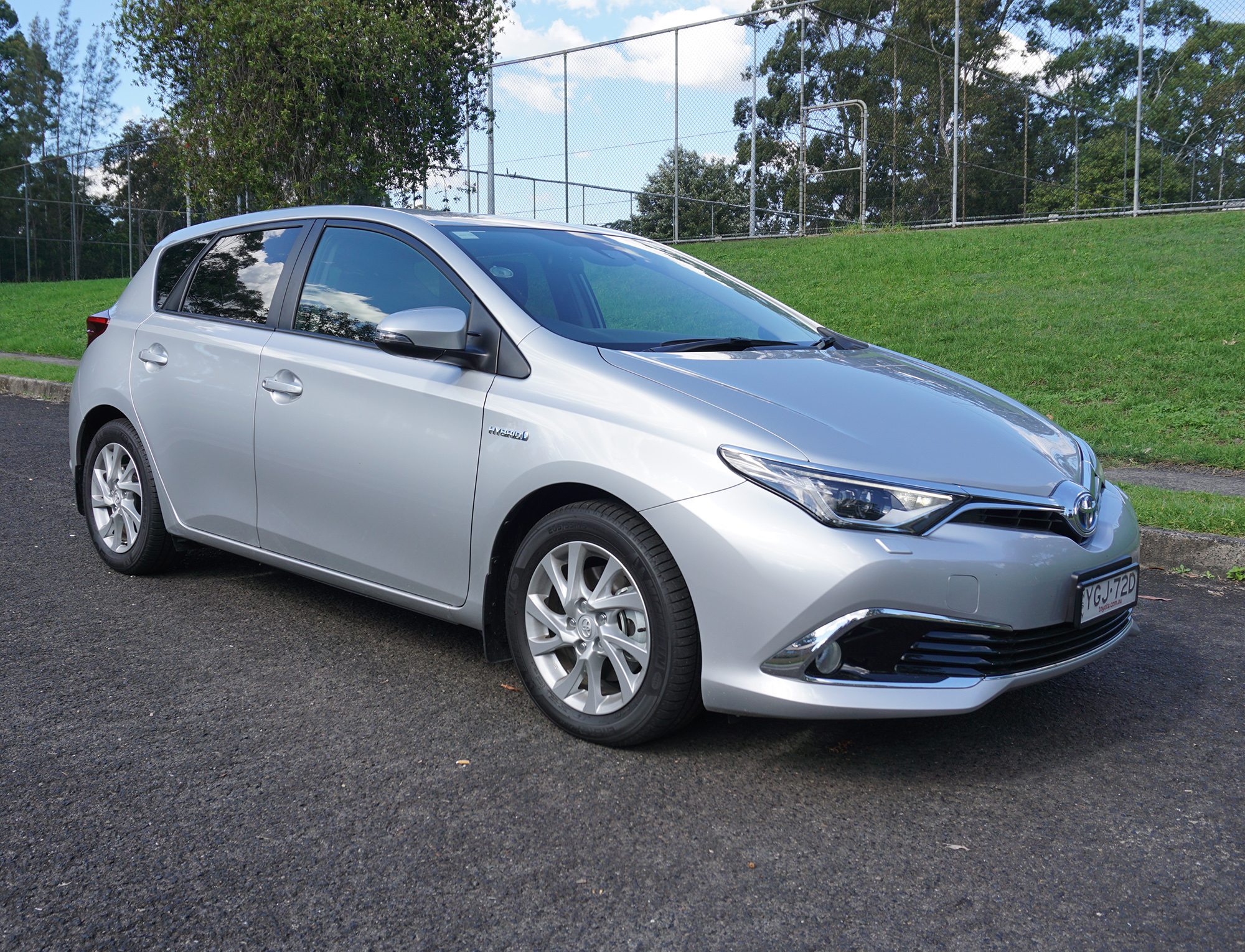 I’ll be completely honest, I couldn’t own a Prius.  Not because I want to burn fuel and am anti-green, I just don’t like the look of it – never have.  I feel like it’s designed to stand out, and make a statement – that it does well.  So if you want to save some fuel and do your bit for the environment, there are other options.

Toyota has to be the world leader in hybrid technology – not only were they the first to mass market the technology, they’ve got the years under the belt and have now deployed it into a range of vehicles from the Camry, Corolla and their Lexus luxury cars too.

What I love about this Toyota Corolla is that apart from a blue ring inside the Toyota Logo and the Hybrid markings on the side – for all those looking on, it’s just another Corolla. 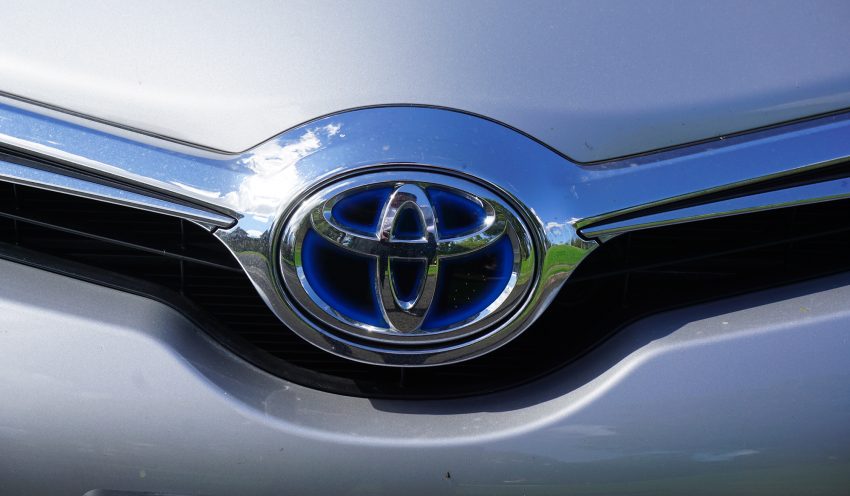 And the Corolla is a good looking car, bloody popular too.

So – life with the Corolla Hybrid.  I’m going to drive this for a few months, really learn to understand what it does well, and what it needs to do better.

After a few short runs I saw the fuel economy running in the mid to high 4 l/100km – ending around 5.1 after a sold 700km of everyday driving. Reflecting on those trips, they were probably a bigger mix of freeway than normal for me.

To check that out, I’ve intentionally done more main road but not freeway driving. Interestingly I’m now in the 4.7 – 4.8 l/100km range.

You get better fuel economy the slower you drive:)  Mainly because of when the electric motors kick in.

This is not a car about range though.  My range anxiety was at extremes with the petrol near empty and a projected range of 30km, I hit EV mode and tried to suck that battery for all it had.  Lasted not long at all – so don’t be relying on that folks. 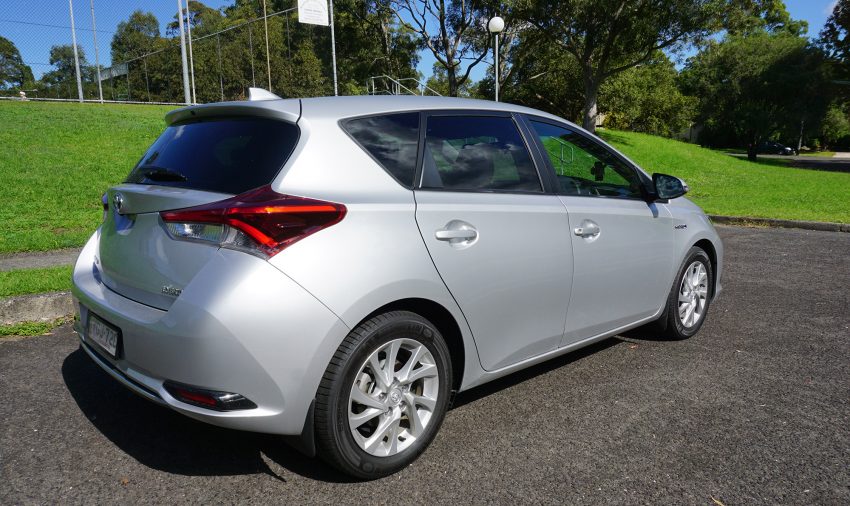 Still getting used to acceleration – my mind is very much in eco mode, so I’m trying to feather the throttle, but off the line no matter what you do this thing really needs a boot of petrol to get going.

Otherwise, the driving experience is great.  Smooth on the road, steady around the corners – not upsetting anyone here. 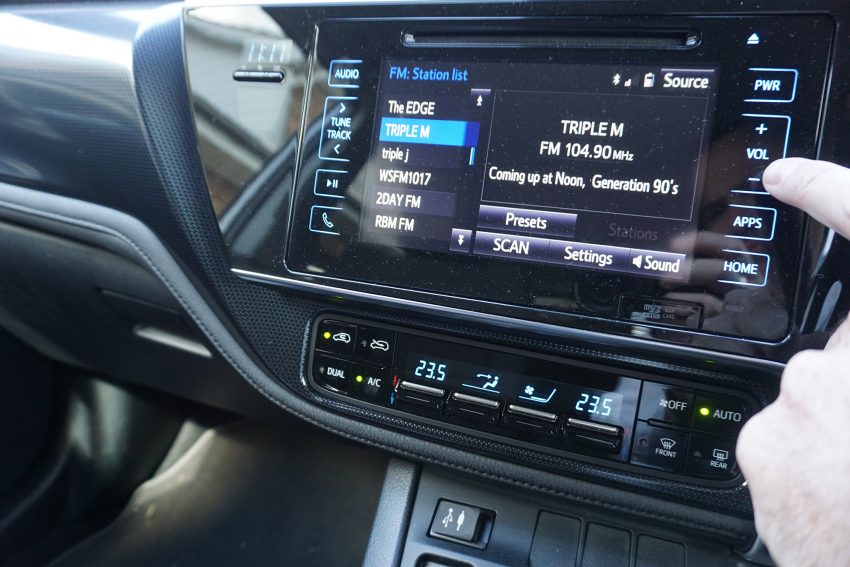 I am perplexed by Toyota’s infotainment system though.  A volume knob would be great.  Gotta press that button a fair few times to bring the volume down and those non tactile buttons are just awful.

But I guess you learn to live with it. 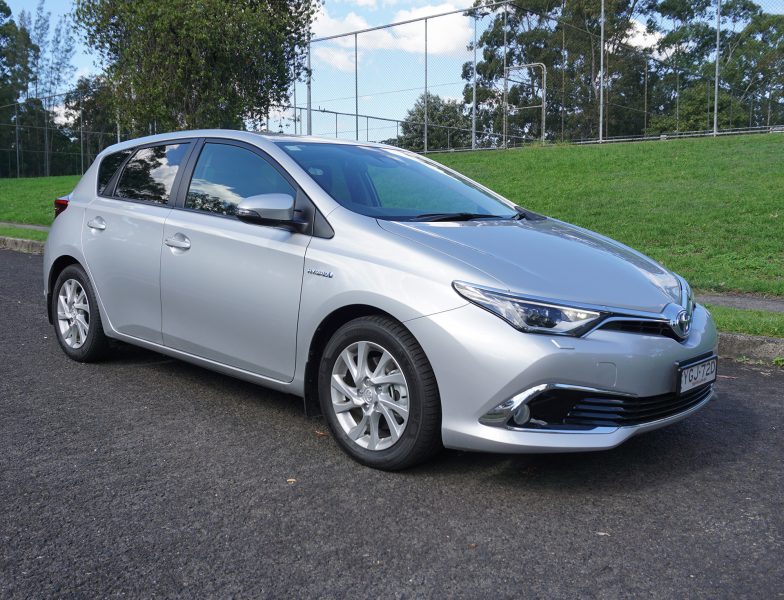 Right now, I’ve no regrets about having this in the driveway, and enjoy the trips here and there – cheap and affordable transport.

Over time I’ll look at cost of ownership, space and more general impressions too.