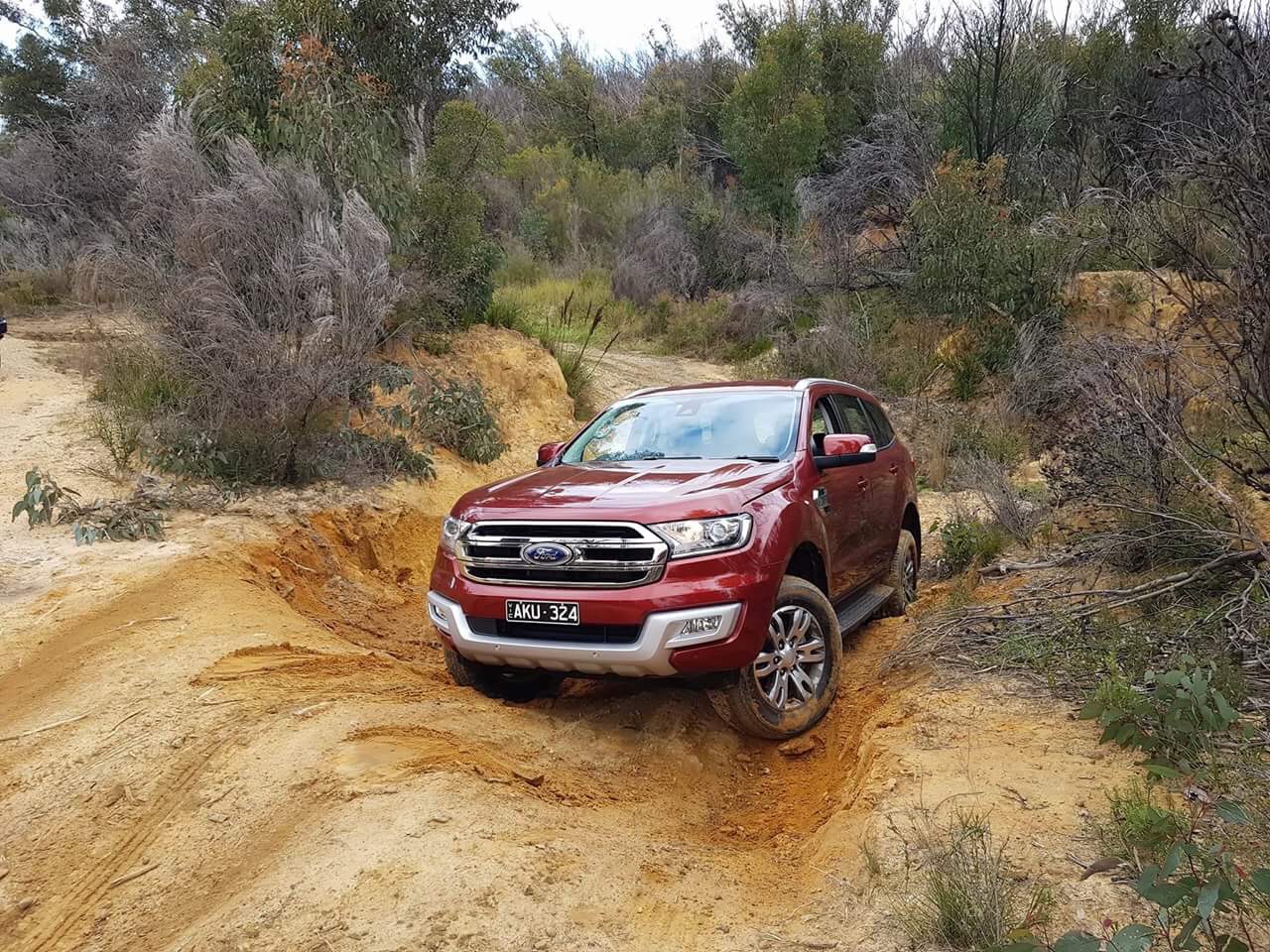 The Ford Everest is a menacing beast to look at, it sits tall, has a large front grill and is loaded with a high torque diesel engine. On the inside though the Everest has the comforts of a sedan and is an easy machine to drive. We spent a week with the rear wheel drive variant and another week with the four wheel drive version. 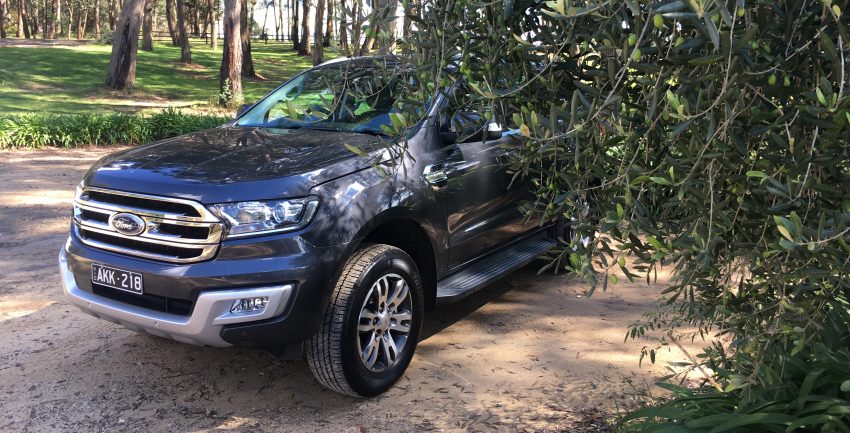 The Ford Everest is firstly a nice looking vehicle, on the road it has a strong character and you’ll be looking down to the cars around you. The safety features in the Everest were much better than expected. Active cruise control, lane assistance and alerts plus active alerts all make the driving experience better, easier and safer. For a long trip it is handy to keep pace with the car in front, maintain the gap and also be assisted away from the white lines if you get too close. It’s also nice to see Apple CarPlay/Android Auto as standard too. 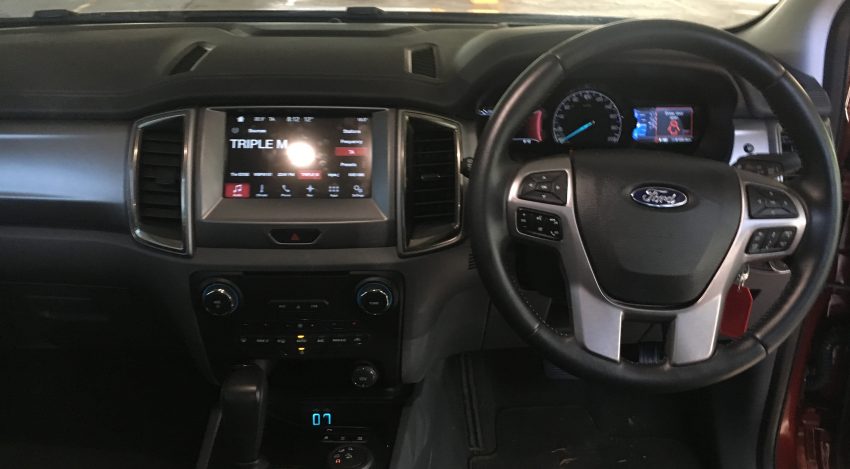 Secondly, space. The Everest in both forms can seat seven people. In our testing we’ve had seven adults in the car for a journey longer than an hour without too much complaining from the third row. Air-conditioning controls and extra charging slots are available to those behind the driver as well as vents a plenty. 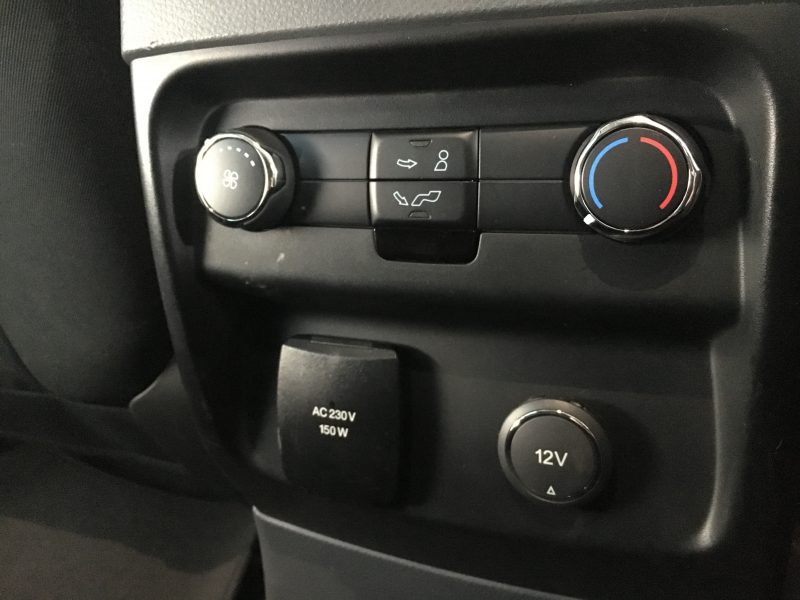 Thirdly, it’s a real SUV. Too often we’re seeing a hatchback sized car with raised suspension and finding itself in the SUV category. It takes away from the real reason people bought one in the past. The Everest, especially in 4WD variant is very capable off the road. We spent the day traversing the Blue Mountains and the Everest made it all feel easy. The 4WD version has modes to use for different driving conditions and they all help the experience. If you take delivery of the 4WD Everest, make it a priority to get it dirty. 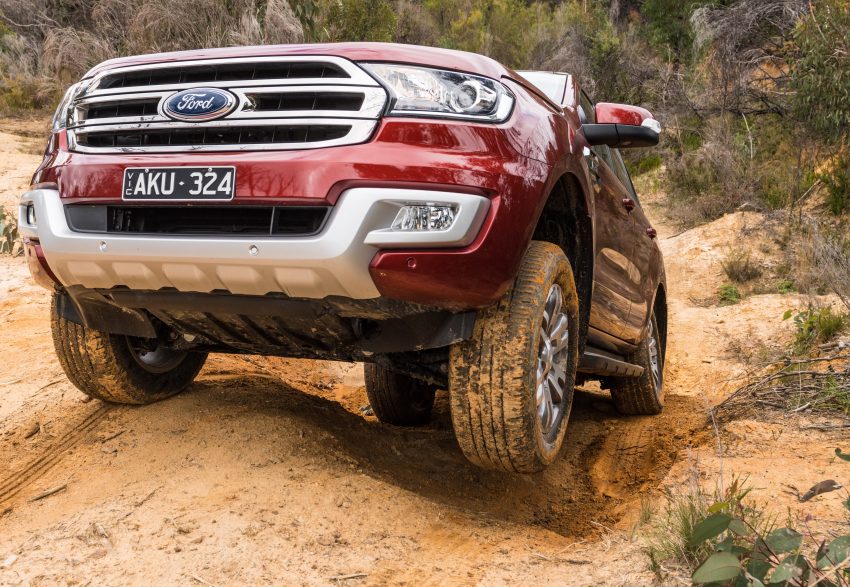 Photo courtesy of Out There Images

It might be stating the obvious here but with the height of the Ford Everest does come with some issues. Entering car parks such as Broadway Shopping Centre or the QVB parking area meant that we were officially too high. The antenna on the roof will be the issue and will exceed the height limits. While it is flexible it won’t cause too many issues but the sound of it hitting a beam overhead will be the scariest and unwelcoming sound ever. 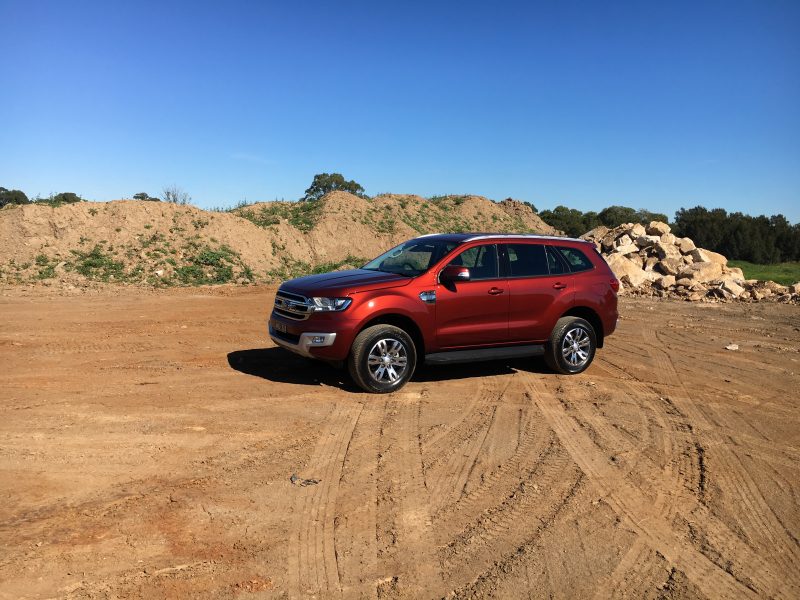 With the height also means climbing into and out of the car, this would be a challenge for those physically restricted. This is what happens when you own an SUV so not really a fault of the vehicle. Beyond that we were a little upset with the average 10L/100km and unimpressive performance but again, it is a heavy SUV capable of carrying seven, not a sports car. 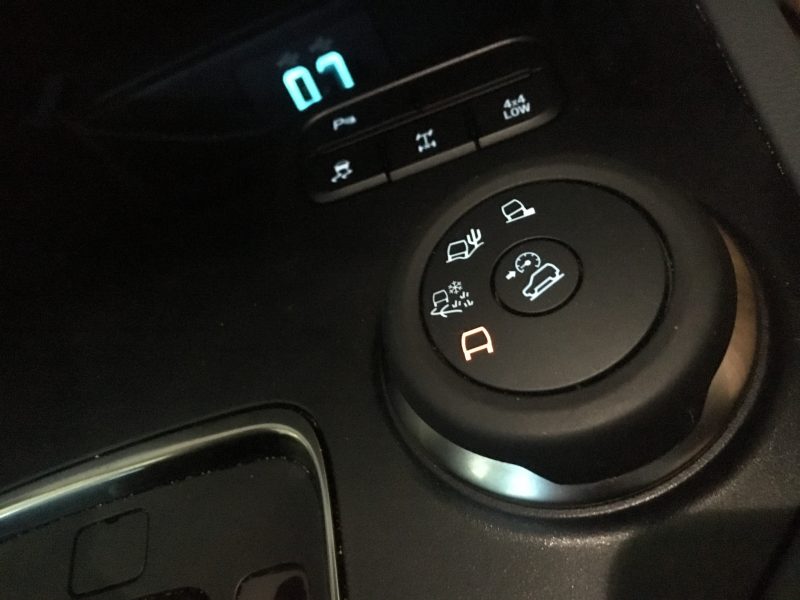 From the outside it will be very difficult to look at either Everest and know which is which. They both appear to sit at the same ride height, have the same accessories and actually drive much the same. When it all comes down to one or the other the main question is about where you will drive the Everest. 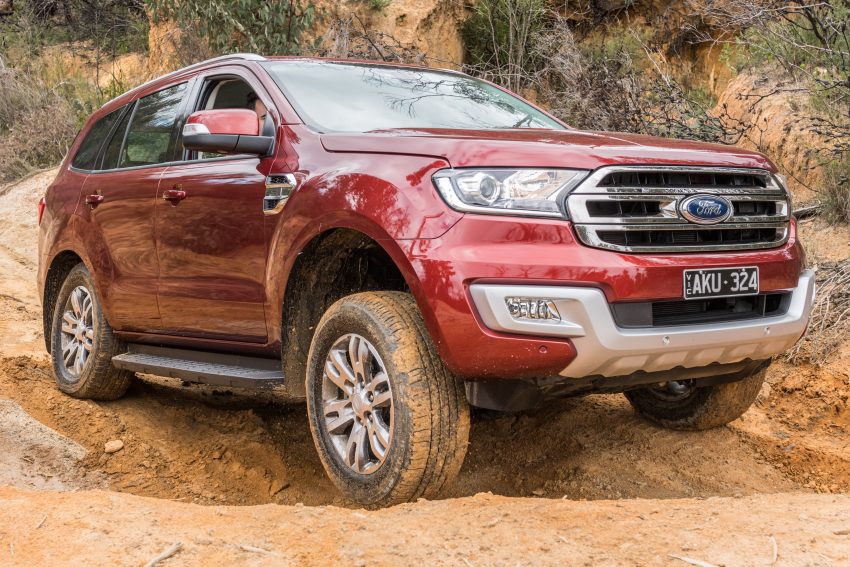 Photo courtesy of Out There Images

For the average SUV buyer, they’re never going to take it off the black stuff, so why spend the extra money? If you do want to be adventurous, and we recommend it, then the 4WD is the obvious choice, it turns the Everest into a very capable machine. 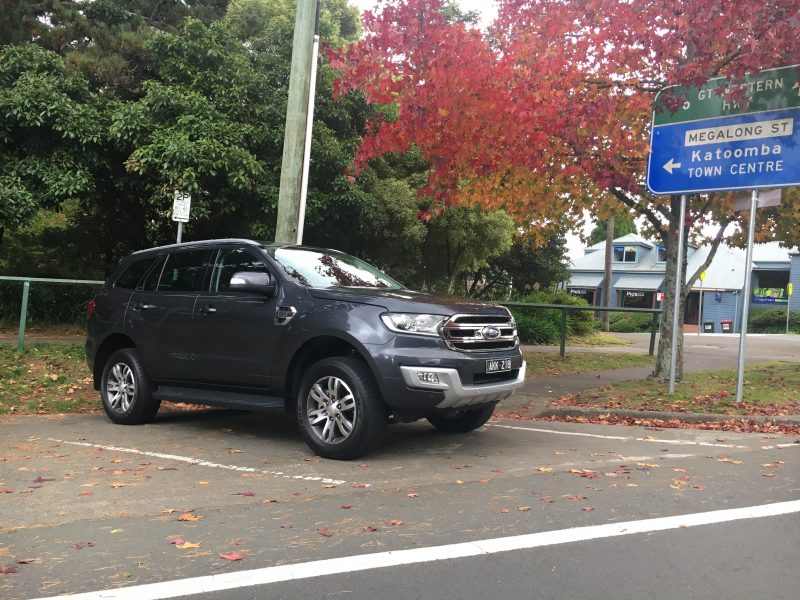 The Ford Everest is the SUV we wanted to see, it’s the true definition of unlimited options. With so much space, safety and capabilities, it is understandable why so many would look at buying one. The real choice we see is on the RWD or 4WD option, and we’ve aided in that area. As a diesel you’ll be doing better than your petrol friends and with the added height you’ll be happy to visit areas you wouldn’t normally venture towards.