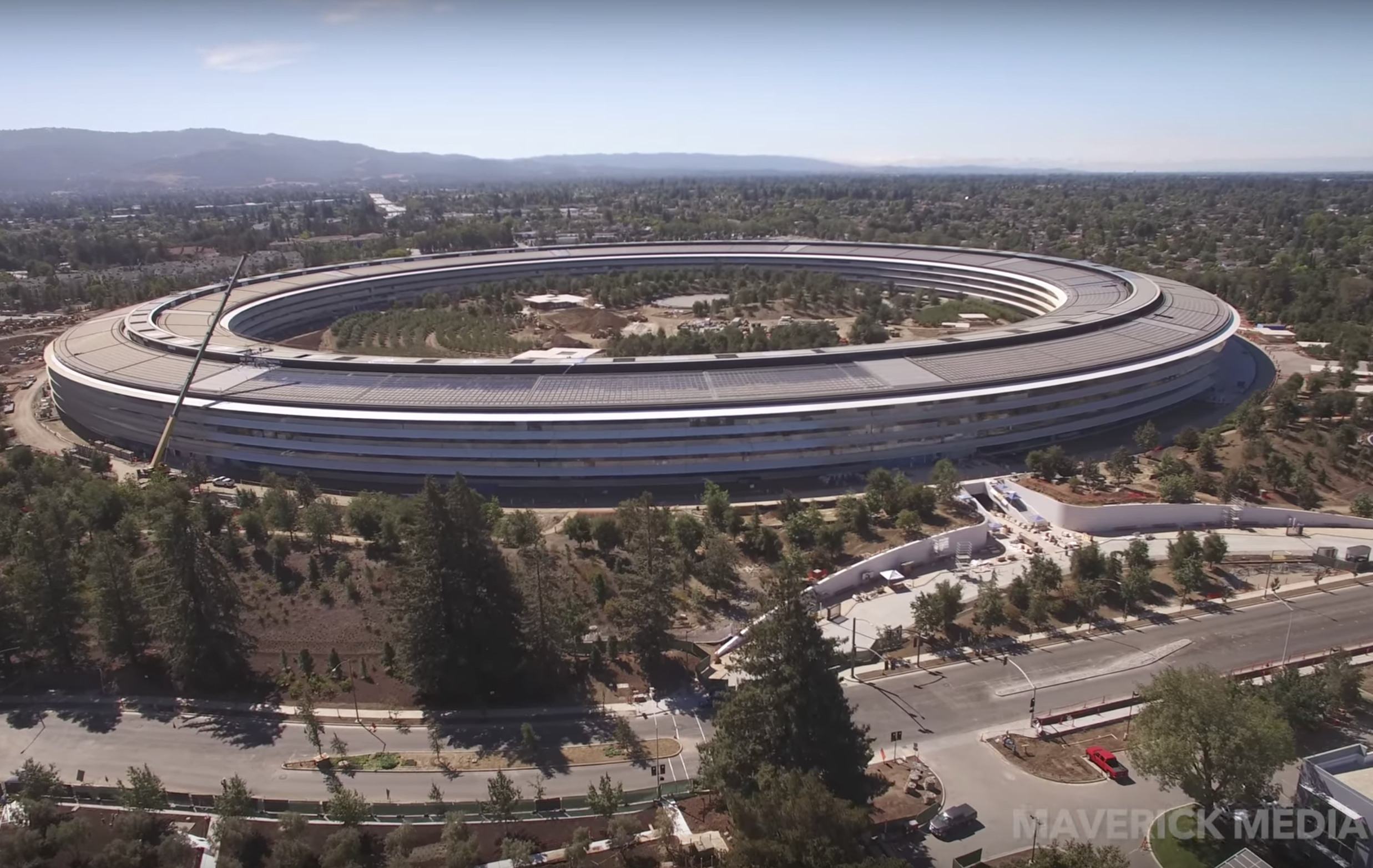 In less than 48 hours the eyes of the world will move to Apple’s new headquarters in Cupertino as the company presents it’s September “event” which traditionally hosts the reveal of the next generation iPhone. 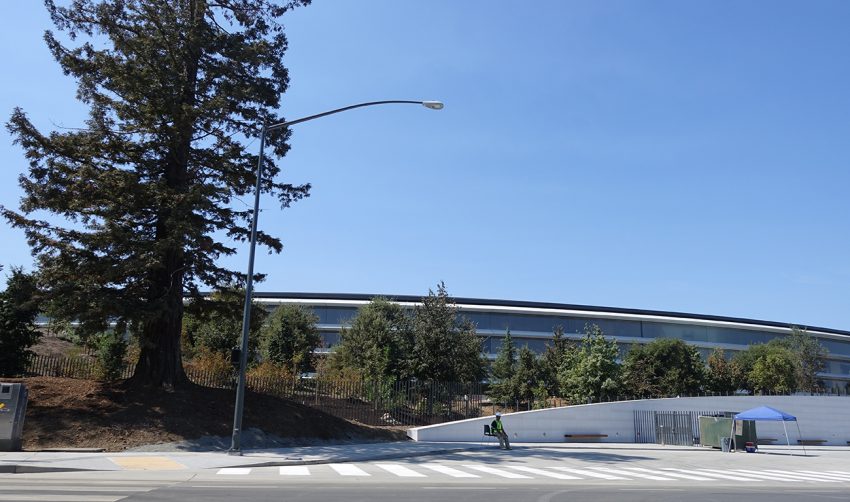 Apple Park was the vision of Steve Jobs, presented to the Cupertino council just over six years ago as the future of Apple having outgrown their current HQ in the area.

After years of construction, most of the building is complete, with large amounts of landscaping and infrastructure remaining, however, this week 1,000 media from around the world will head to Apple Park as current CEO Tim Cook takes the stage to introduce new products to the world. 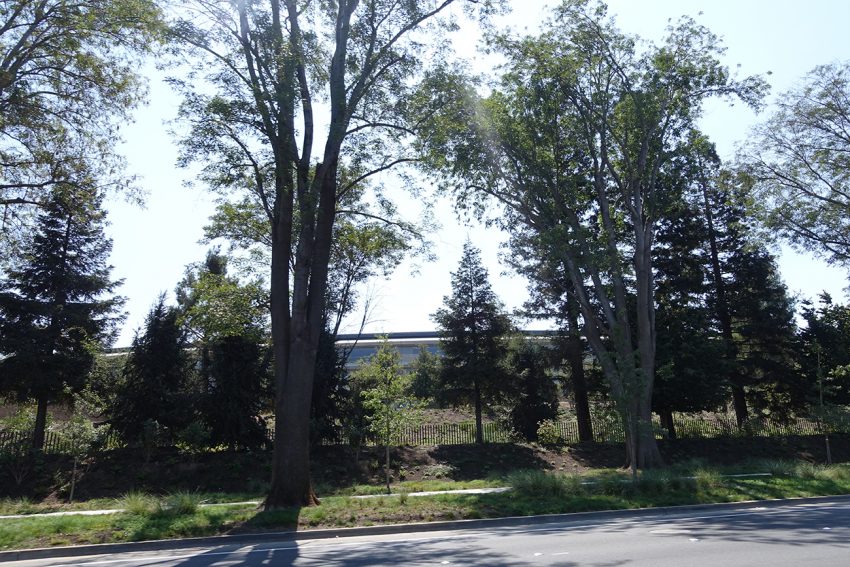 The event itself will take place in the Steve Jobs Theatre.

Located outside the “spaceship” ring – the main office building, Steve Jobs Theatre sits atop a hill, though the theatre itself is built underground within the hill. 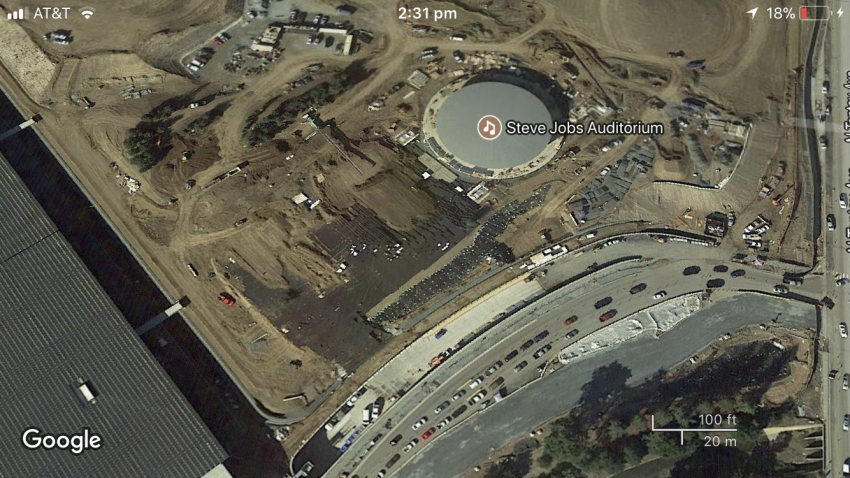 Google Mapping images taken during construction show the theatre layout before it was covered over. 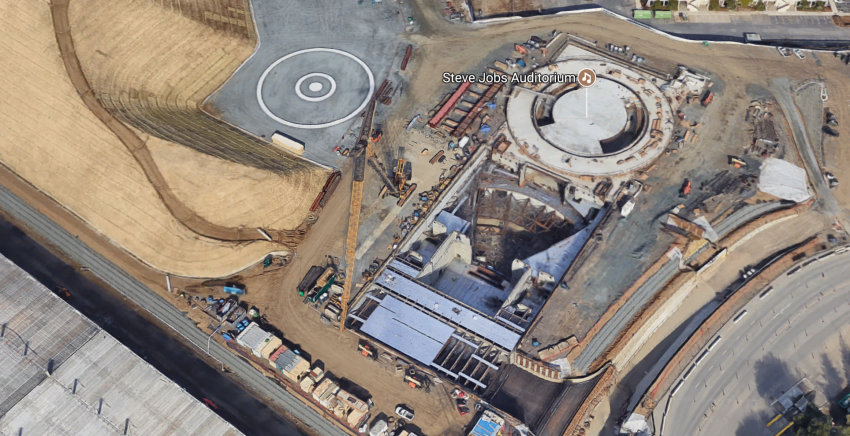 Today, around 30% of the exterior fence around Apple Park is complete, with construction fencing around the rest. 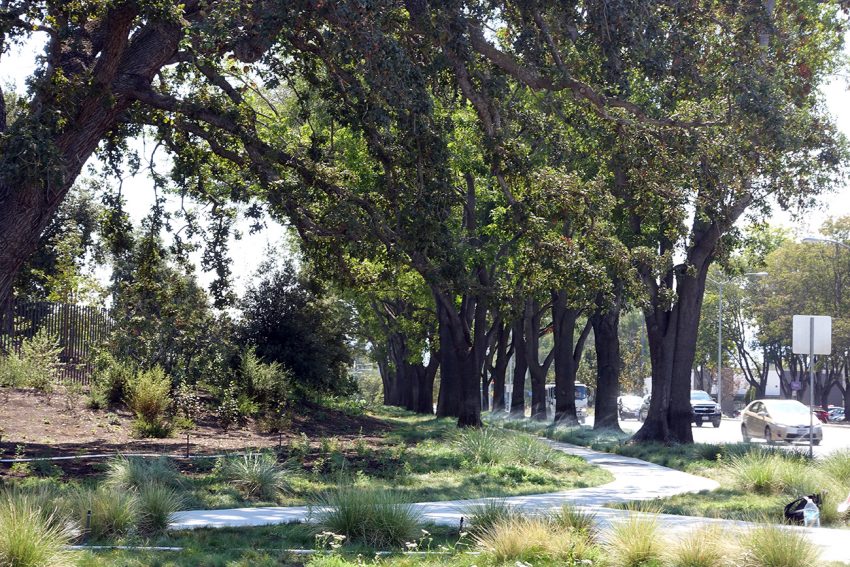 It appears Apple has worked with the local council to re-pave the roads around Apple Park, while the footpaths and landscaping to the curb are also being rejuvenated to make a fresh new look.

Behind some fences around the park, small buildings can be seen to showcase the “Glass Wall” and thin sloping rooflines of the buildings around the Park.

The entrance to Steve Jobs theatre is just like this, with a large white floor surrounded by glass, escalators head down into the theatre itself.

Across the road from the main building is a Visitors centre which also carries this design theme through, and will likely be the home of a merchandise store just like the one at the current HQ at 1 Infinite Loop, Cupertino.

This is the first time Apple has welcomed the media en mass onto the Apple Park location, and it’s also the first time they’ve hosted their own event. 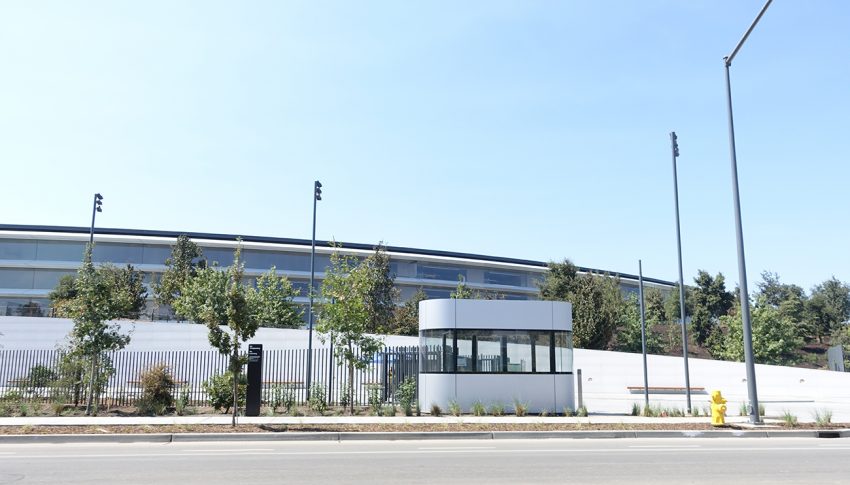 One or more roads around the building will be closed off for 48 hours in the day leading up to the event and on the day itself as large numbers of people visit the buildings for the expected launch of three new smartphones due in stores in the weeks ahead. 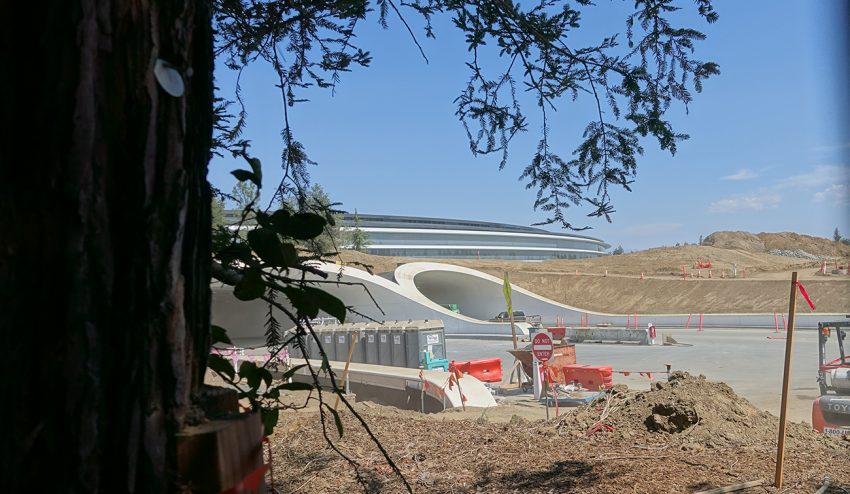 Steve Jobs pointed out at his presentation to Council that the buildings were just four stories tall, and he described the whole thing as “Human size” – amazingly, despite the buildings housing over 12,000 employees, it is quite “small” from the road.  There’s no tall building, just the “spaceship” roof visible above the treeline.

In time the trees will grow to surround the building, and with 80% of the entire land space being landscaped it’s a huge amount of “green” space for Apple employees to enjoy.

From the street, it’s a bloody impressive structure.