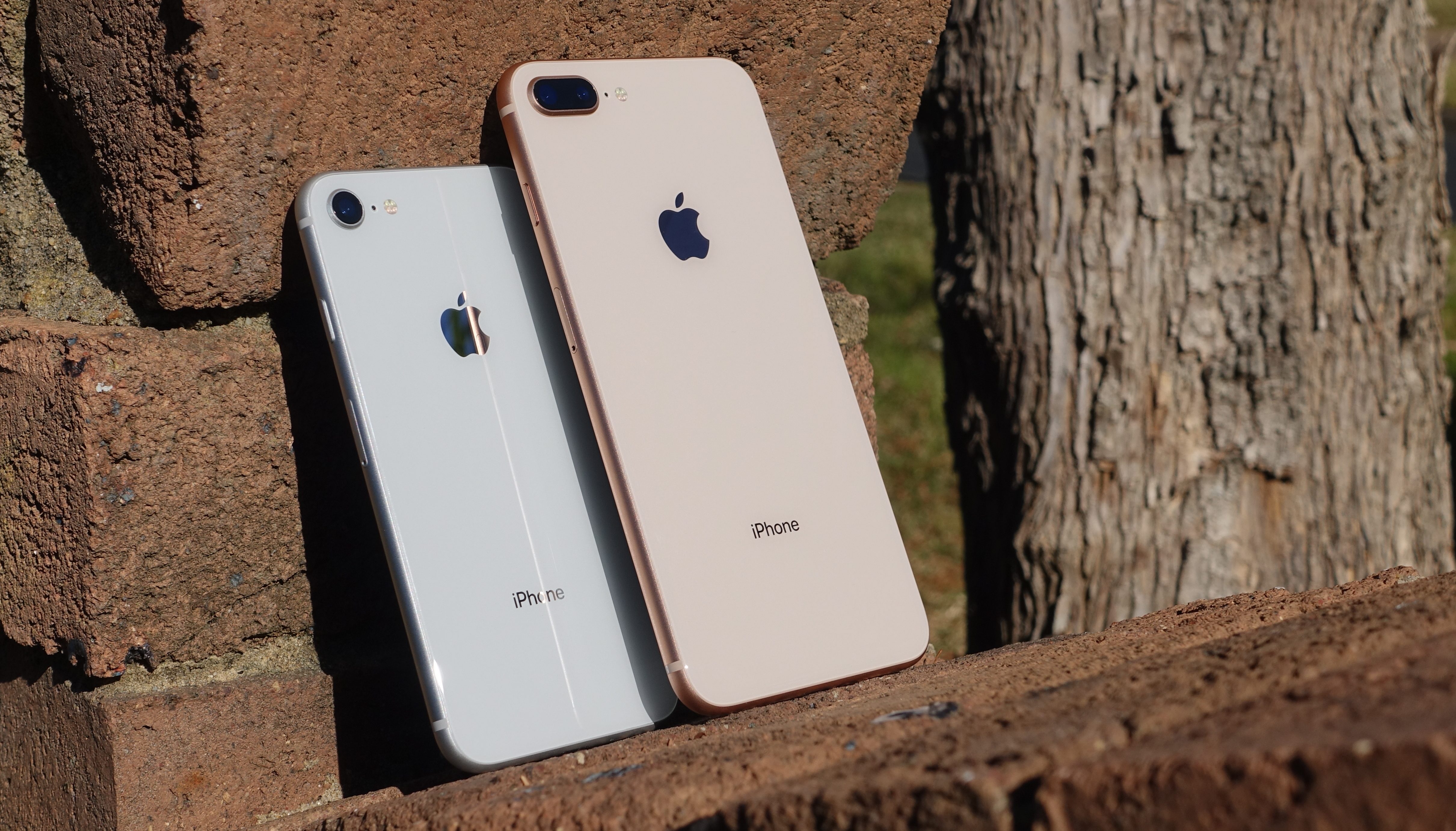 So here’s the thing, you won’t notice much difference at a glance when you first pickup the iPhone 8 or 8 Plus. Front on, they look the same as the iPhone 7, and 6s, and 6 for that matter. To understand the value of the iPhone 8 you’ve got to look much deeper.

Before you ask – the iPhone X isn’t even close to coming out, so we’re not comparing these devices to that in any way – but as you look at the iPhone 8 you realise why the iPhone X was so important.  After ten years, Apple can’t evolve the iPhone much further without a radical leap in a new direction. 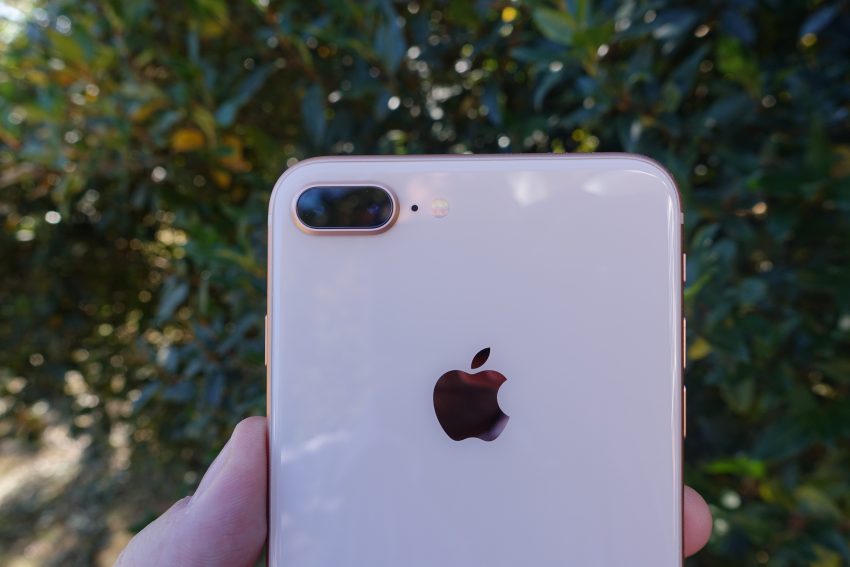 The iPhone X is that new direction, the iPhone 8 and 8 Plus are the youngest members of the old generation.

Despite looking the same from the front, lay your iPhone 8 screen down on the table and everyone will know you have an iPhone 8. 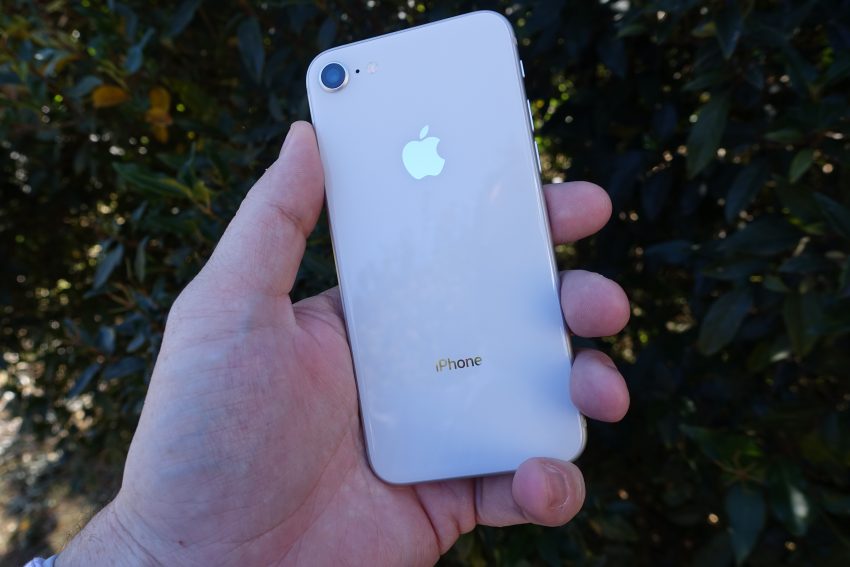 Replacing the metal back of the three previous generations is a glass back which immediately creates a new look with the Gold iPhone 8 having a cream-like back and the Silver iPhone 8’s back looking a light grey shade and the Space Grey iPhone 8 has a dark grey almost back back, though nothing as black as the Jet Black iPhone 7. 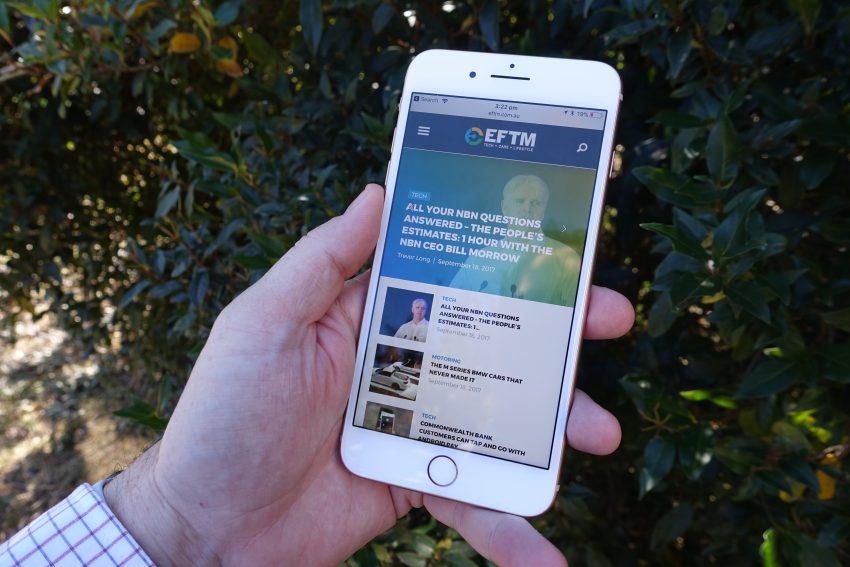 That’s all lovely, but it’s not a reason to upgrade to the iPhone 8.  Here’s three reasons why the iPhone 8 and 8 Plus are the best iPhone’s ever (until perhaps the iPhone X).

Apple have a way with words and numbers, under the hood here is the A11 Bionic chip – something 99% of users will never know, never be wanting to tell their friends nor really appreciate.

In a world where other smartphones are sold on being “octa core” or some other power term, Apple dazzles us with the simplicity of their processor naming. 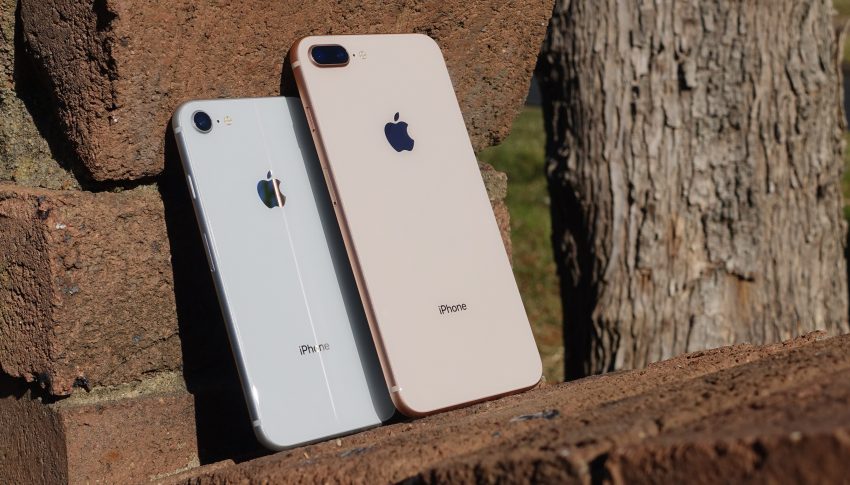 The A11 is actually six brains (cores), two of them for for performance tasks, four of them for everyday tasks.  The four every-day cores are designed with high-efficiency in mind, meaning optimal battery life – one of the reasons Apple hasn’t had to add battery capacity to maintain or extend the battery life.

Those performance cores kick in when you’re playing games or doing complex tasks, at the same time the graphics processor will kick in, and this is where the 3D gaming power comes from, as well as Augmented Reality (AR).

I’ll cover Augmented reality in a seperate review, needless to say – it’s simply amazing. Naysayers will argue there are other solutions out  there, Google too have launched their own smartphone based AR processing but what Apple has no-one else can offer; Software to hardware integration to the masses. 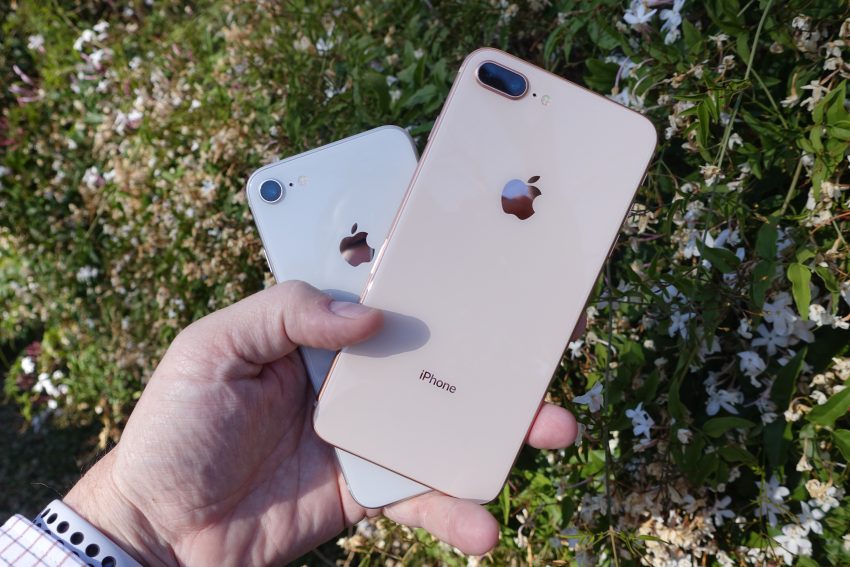 As of the release of iOS 11 any iPhone user (iPhone 6s onward) has this amazing power in their hand.  From IKEA to game developers and education this is a genuine game-changer.  One of the reasons the iPhone X is so compelling is because it removes the borders and puts AR into a really immersive space.  That said, given the power of the iPhone 8 and 8 Plus it’s bloody amazing here too – though to be clear, it’s not a reason to upgrade because it works really well on iPhone 7 too.

Once again, the sales problem for Apple is that the advances in camera tech are very much under the hood.  This isn’t the leap from 6s to 7 where they added the dual lens to the plus model.  Unfortunately the dual lens didn’t come to the smaller iPhone 8.

Instead, everything is improved. “Deeper pixels” which I can’t really explain are there to simply add quality.

iPhone 7 Plus and iPhone 8 Plus side by side

Optical image stabilisation on photos means less blur, and the new True Tone flash has a slow sync to give you a more uniform flash performance without hotspots. 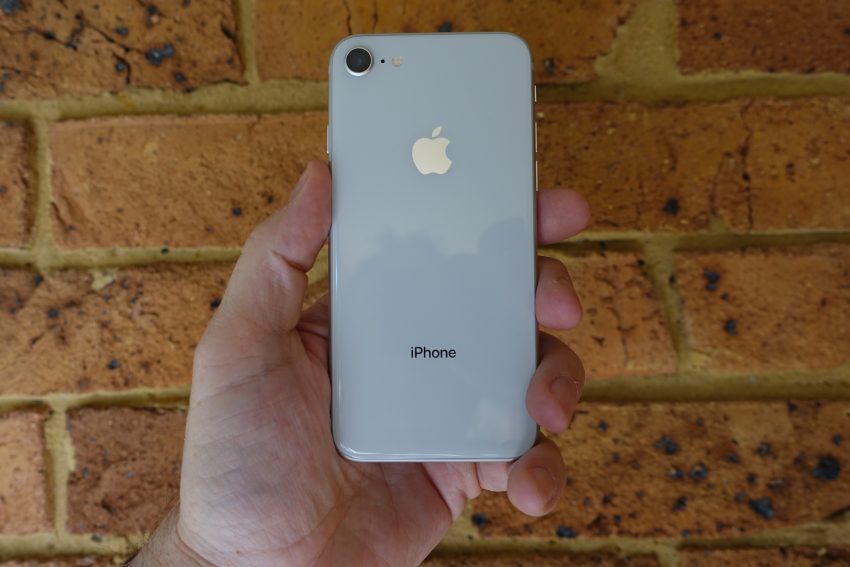 HDR is now an option deep in the iOS settings, not on the Camera interface, because it’s so common now that why would you bother turning it off? 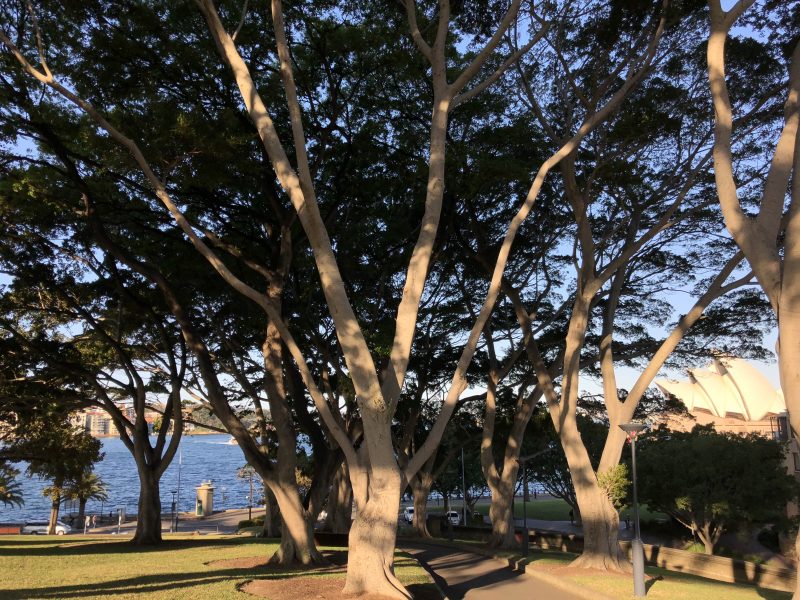 Portrait Mode on the Plus model was innovative last year, and has been enhanced this year with new studio lighting effects.  A great photographer will take some amazing shots with this, but my initial experience is that it’s a lot of effort!

There are now five portrait modes to choose from, each of them take the depth information from the dual cameras and allow you to “light” the person in the foreground in different ways:

I didn’t have much luck with the Mono stage light, I think you really need a crisp clear background to get the right “cut out” of the subject. Of course, I’ve had limited time and practice, and also, no real “reason” do use it, so my example shots are simple and just there to demonstrate the difference in the effects.

With a great subject, composition and also location, I can imagine some impressive shots coming from these effects.

You can take the shot in one mode and change the effect any time later.  Images on the phone are stored in HEIF format, and will be editable on other iOS 11 or MacOS High Sierra devices, when you share them to another device they are compressed down to JPG and lose that information.

While the ability to edit in post is fantastic, Samsung are still one up on Apple with the Note 8 which allows you to adjust the blur of the background in post, and also captures the full frame image too.  Likewise the Huawei P10 and Mate 9 phones allow a fantastic aperture adjustment after the fact, Apple would do well to include these in portrait mode sooner rather than later. 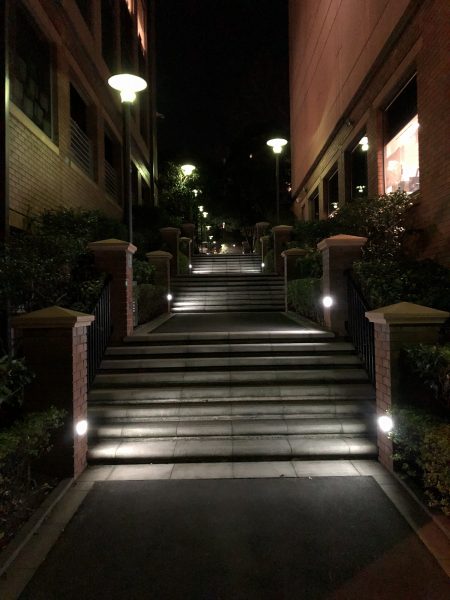 I’ll have a full camera comparison soon, but I have to say the low light performance of the iPhone 8 and 8 Plus is excellent and is yet another example of the little things that have improved on this new device.

With a week of usage now in the bag, I have to say though that the standout feature of the iPhone 8 and 8 Plus is wireless charging.

So very late to the party here, Android fanboys across the internet are laughing at those of us who claim this to be a revelation.  Samsung phones and others have had this for some time, true – but ladies and gentlemen, no-one boosts a technology globally like Apple does. 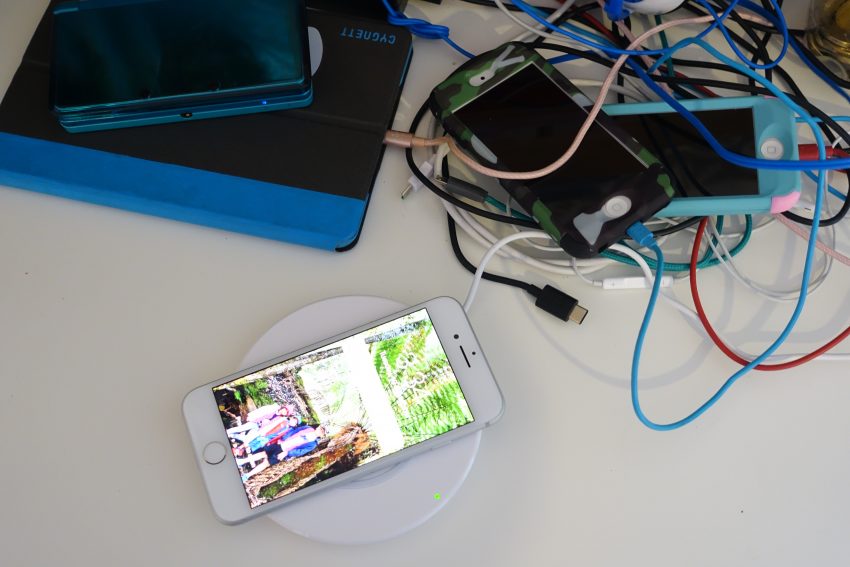 Already Belkin have a wireless charging station, others too and many more will come.  Thank goodness Apple went with the Qi standard and didn’t develop their own because we now have a universal charging platform that will suit everyone.

Frankly, it’s awesome.  Funny thing is, despite having tested many compatible phones before – I’ve never actually used it day to day.

Having a charger on the kitchen bench or bedside table is just simple – and it just works. 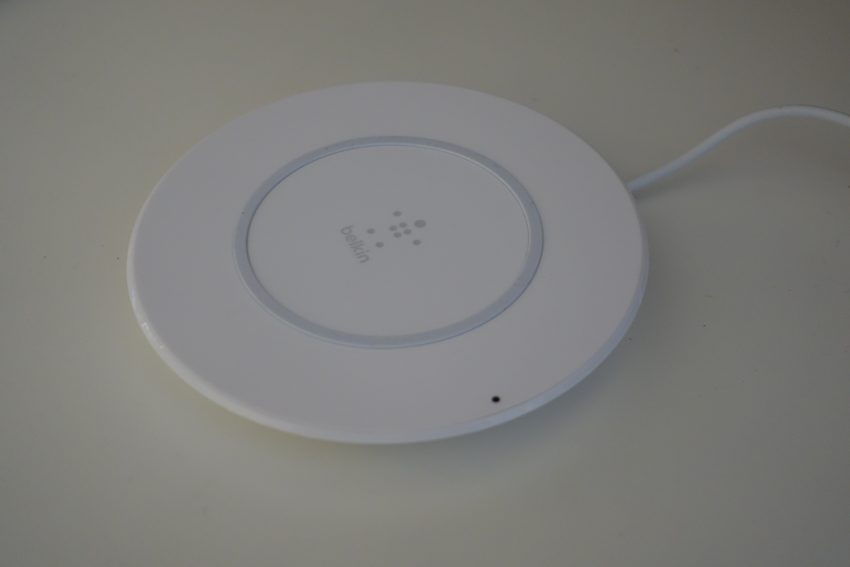 Some cars already have wireless chargers built in, and this will skyrocket through cafes, airports and a range of other places now that Apple is on board. 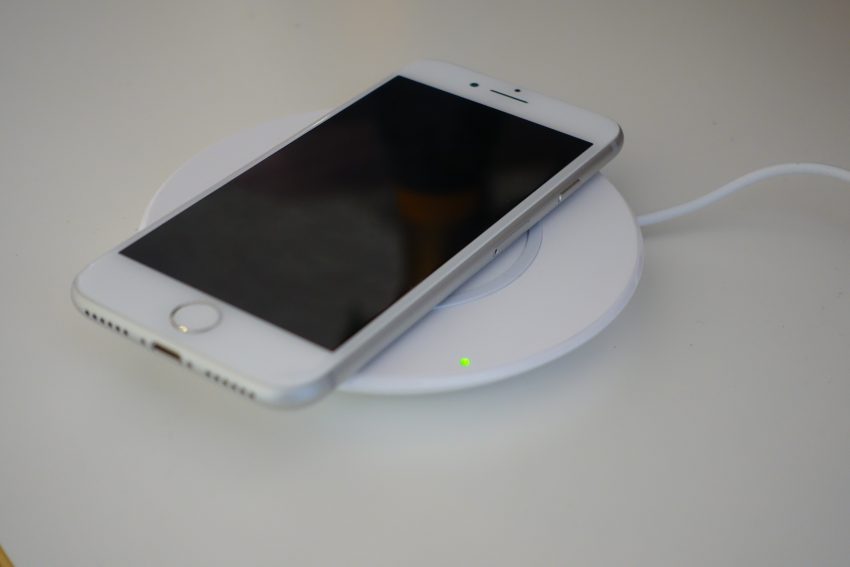 It might seem simple, but to me it’s the number 1 reason to upgrade to an iPhone 8.

An iPhone 8 is not a remarkable upgrade alongside the already excellent iPhone 7. 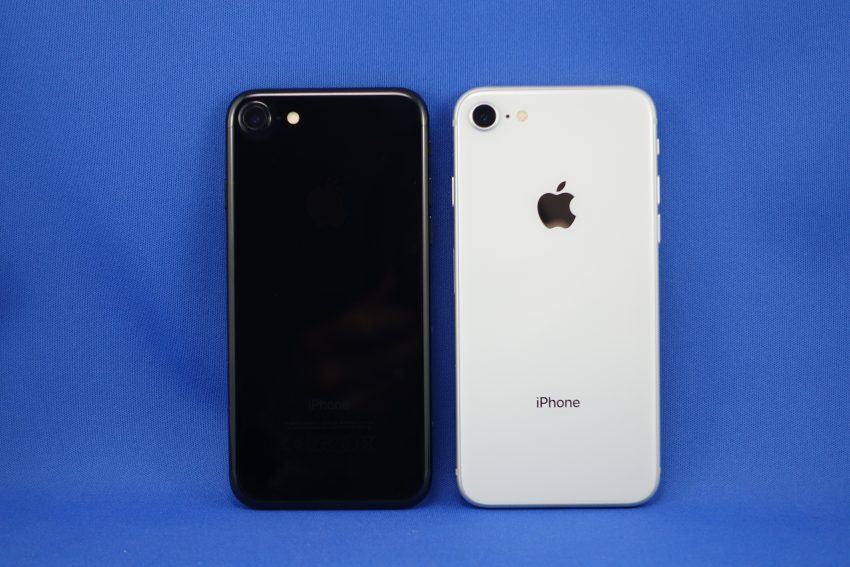 However, iPhone 6 users (and those before then) will really notice an improvement in the device.  A camera that is many generations improved, performance that will be noticeable at every tap and the leap forward to Wireless charging.

iPhone 6s users, again, if you’re keen on the iPhone X – hang out, if you’re off contract and think it’s two years on and time to upgrade, remember, there’s a new one next year too – even better, and you’ve already got a great device. 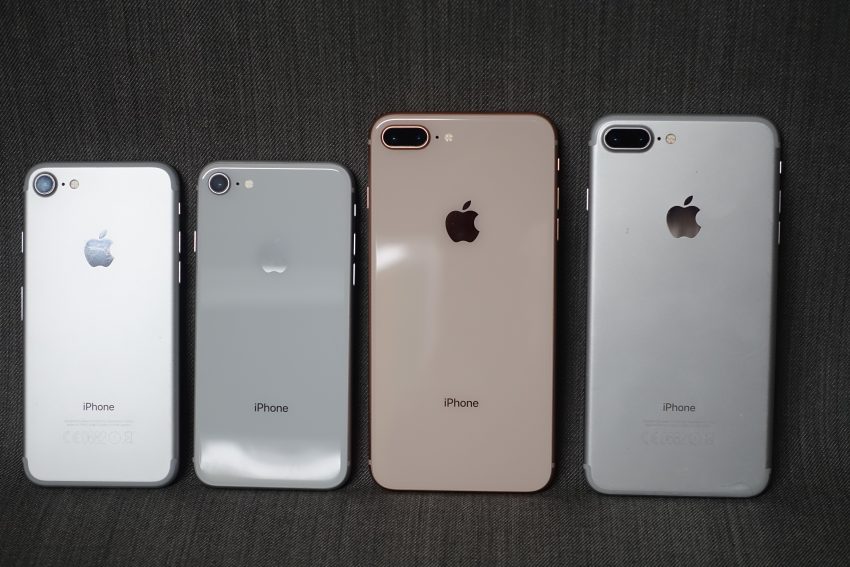 The old and the new, side by side

I think the iPhone 8 and 8 Plus are aimed at iPhone 6 users and earlier, while the iPhone X is likely to lure the more frequent updater.

Wireless charging may not be a new technology, but it’s certainly the most noticeable improvement day to day, while the power of the device and the AR capabilities will be the long term benefits of this upgrade. 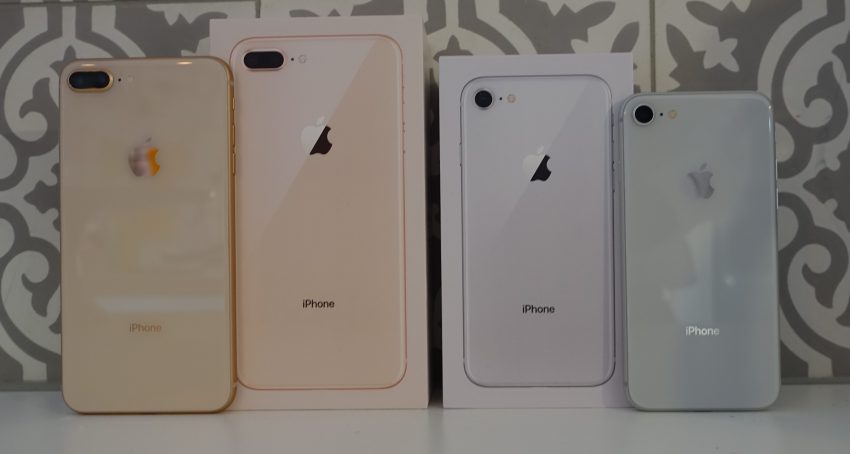