Sony RX10iv Review: Is this the ultimate travel camera?

Every now and then a camera comes along that is so much fun to use it’s hard to put it down – the Sony RX10iv is such a camera.

With a massive 24-600mm equivalent F2.4-4 lens, combined with a 20MP 1″ sensor, it certainly looks the goods but the question is, can it take a good photo or compete as a video camera for videographers?

I think the RX10iv is the ultimate all in one camera for travellers because it’s 24-600mm equivalent lens makes it so versatile.

It would also be perfect for those wanting to indulge in some sports, action or wildlife photography.

Could it also be the family camera? Absolutely, it has everything the family would need however the price ($2599) might be a hurdle, as well as the size (considering how many fine point and shoot options there are on the market).

Rather than getting too technical, what you want to know is, does this camera perform in the areas that you may want it to perform?

The Sony RX10iv doesn’t disappoint when it comes to taking a photo.
It’s wide enough to please most people that like landscapes, cityscapes or a good plane shot.

The longer end of the lens range is when it’s the most fun and challenging, it can take a little adjustment to shoot at 600mm, however it performs effortlessly once you do.

Processed with VSCO with s2 preset

For travellers it is win, win.

And while it can’t quite see in the dark, it performs well in low light conditions.

The video capabilities of the RX10iv are certainly worth looking at for videographers and those that are looking to dabble in video.

One of the gems built into some of the higher end Sony cameras is Clear Image Zoom, which allows up to 2 x magnification of the image on the RX10iv, without much noticeable image degradation.

This effectively takes the lens from being a 600mm to 1200mm.

Very useful when you need some extra range at the long end.

As you can see in the images below of Centrepoint Tower in Sydney, it can be be effective.

WOULD I BUY ONE?

I’ve used the Sony RX10iv for the last few weeks on both professional and personal projects and it has been a revelation and as I mentioned, damn fun.

I have shot numerous videos for clients, the results have been impressive and the footage has sat well alongside files from my Sony A7rii.

The stills have also been impressive and it’s been nice not to have to change lenses moving from subject to subject.

Would it replace any of my other gear for a job, probably not, but it would absolutely work alongside that gear as a B camera for stills and video and definitely step in when longer range is needed with the zoom.

The RX10iv is the perfect camera for those that want something more than their phone or point and shoot, and don’t want to lug their DSLR or mirrorless camera around the world with an array of lenses.

I would most definitely use this if I was travelling and I’d be very tempted to make this the only camera I was carrying.

My advice would be to go into your local camera store, have a play with it, see if it feels right in your hands, and if it fits within your budget, go for it. 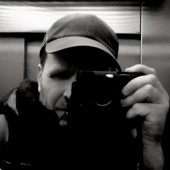 Rob produces photo & video content for brands across Australia. Passions include travel, running and Las Vegas nightclub documentaries. He once worked in the media, and survived having his ears pulled at a couple of Olympics with Trev & Bowen. He’s known Greg for a few years..good kid

Facebook launches sports score and conversations within its app