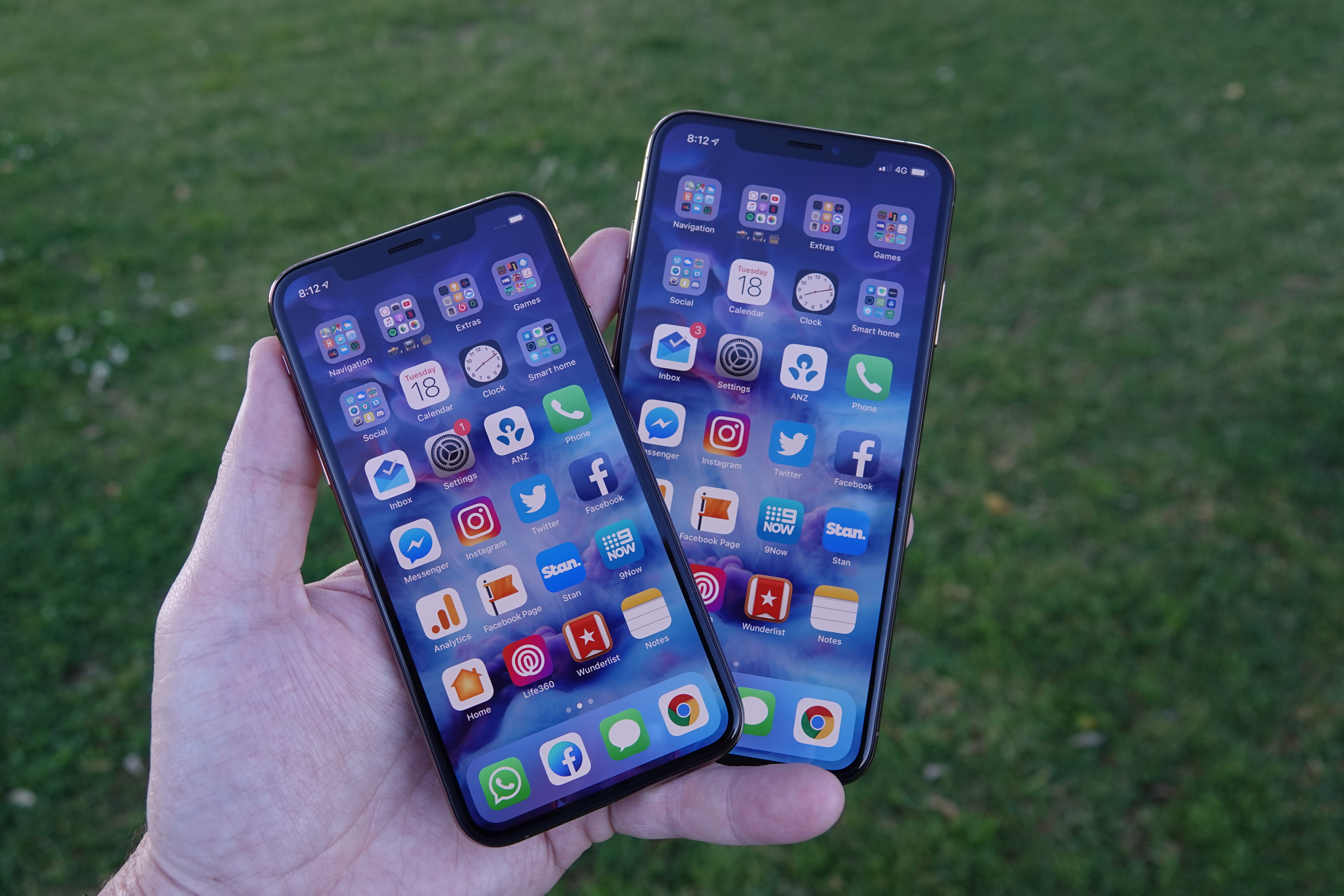 Leasing – the great mobile rip-off: Telcos should be forced to be clearer in their marketing

I don’t wanna tell you how to run your finances, but please – don’t lease a mobile phone. For a long long time now we Aussies have been set in our ways, signing one and now days two year contracts with Mobile Telcos to lock into their plans and get a brand spanking new mobile phone.

At the end of the two years, we’d get stung big time if we didn’t bother calling the telco, because often they would keep charging us the same amount when we could realistically drop down a peg – but you know one thing, we always knew that at the end of those two years – we owned that phone.  We deserved it.

Not any more.  There’s no guarantee.

Leading into the launch of the new iPhone, Telstra were sending marketing messages like this: 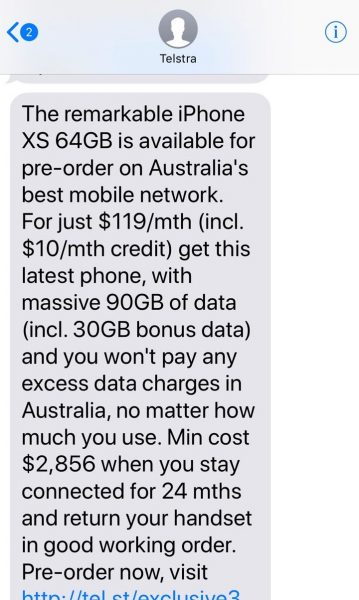 Wait, what?  Come again?  “Return your handset in good working order.”?  Why?

Because this is not your regular contract.  For the last 12 months or more, the big Telcos have been angling us more and more toward the “Lease” plans – where they own the phone, you just get to use it.

One reader Ben suggested that Optus’ most recent email marketing about the new iPhone looked to good to be true – because it was – you don’t own the phone.  They do. 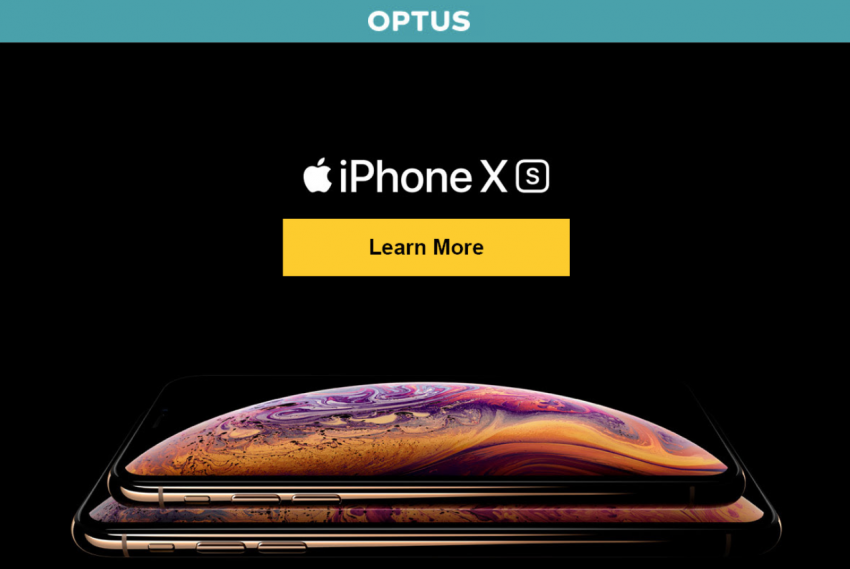 No-where, absolutely nowhere in their marketing email did they mention now owning the phone. 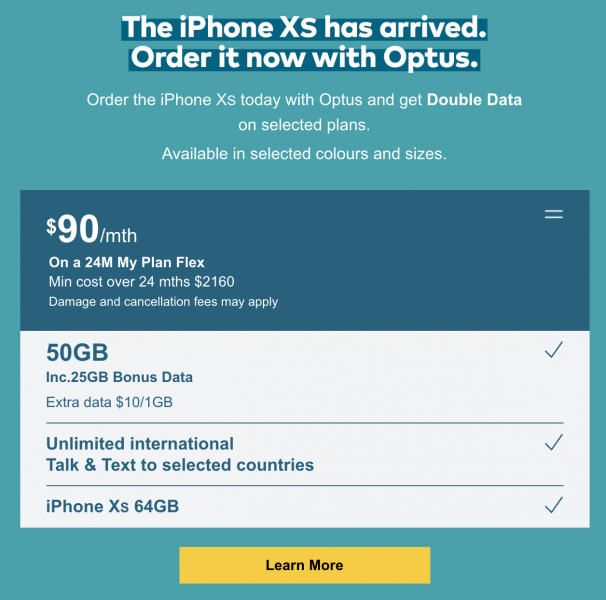 Their website was only slightly better – referring to Leasing in the pricing area, and putting an explainer into the site too.  But not as prominent as you might think. 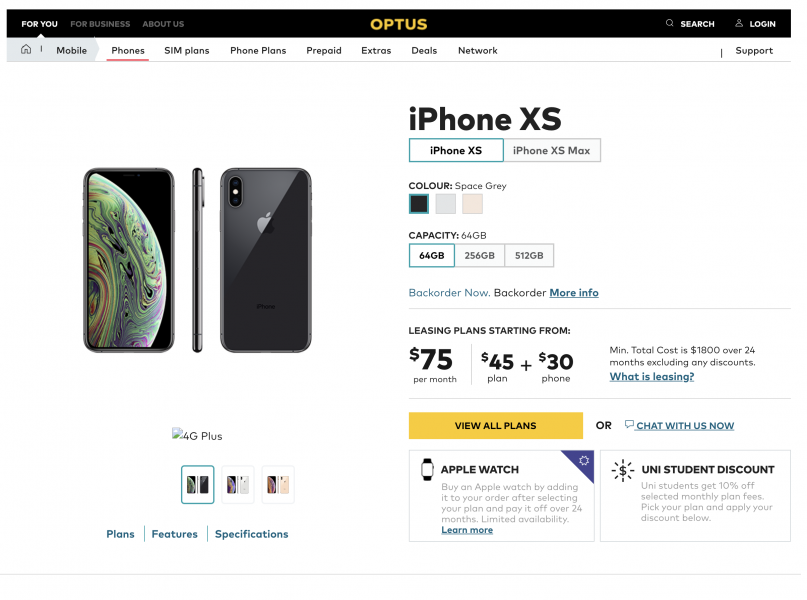 I’m not suggesting their marketing breaches any regulations, I just wish it was a hell of a lot clearer the way they define all this.

Take Optus for example, it’s $5 to $15 cheaper per month to lease a phone on a plan.  That’s a saving of between $120 and $360 over the two years.  However, what that utterly and completely guarantees you is that you will have to keep spending those high amounts.

Someone on 40-50GB of data per month could save easily $30-$50 PER MONTH if they own their phone and drop down to a SIM ONLY plan, or switch to a smaller telco and see mega savings.

On a two year phone replacement cycle, ownership contracts mean you have an asset you can sell – even if you sign up again for a new one, you’ve got maybe $500 or more in your pocket.

If you can hang onto your phone for longer, that means ongoing savings of a few hundred dollars per year.

Oh and if you’re looking for pitfalls – don’t be scratching and damaging your phone – you’re up for that cost! 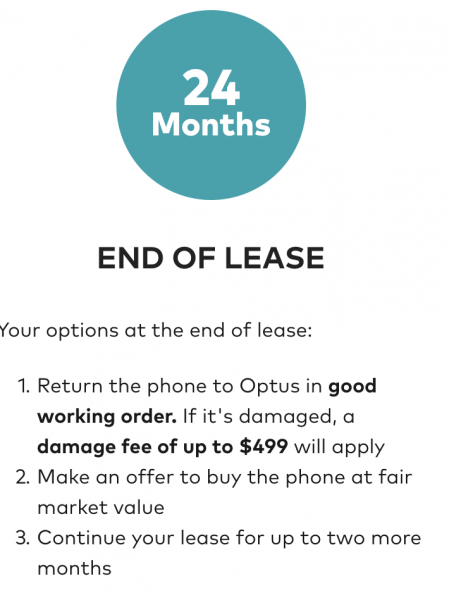 Perhaps your accountant will tell you it’s a better way to go – for Business users.  But for the average Joe, I see no good side to Leasing a phone, in fact I discourage it completely.

Vodafone are the only one of the big three not to offer Lease plans, they are sticking solid to their SIM only pricing, with handset payments transparently split over the timeframe of your choice.

We need better understanding of the pitfalls of Leasing in the public, and we need much more clarity from the Telcos when marketing to customers – there should be no mistake – call it Flex, call it leasing, whatever you want – if you ain’t going to own the phone at the end of the period – the buyer must be made more aware of this.

Happy to be proven wrong here, but for my liking – if you Lease a phone – you’re getting screwed.

Leasing – the great mobile rip-off: Telcos should be forced to be clearer in their marketing