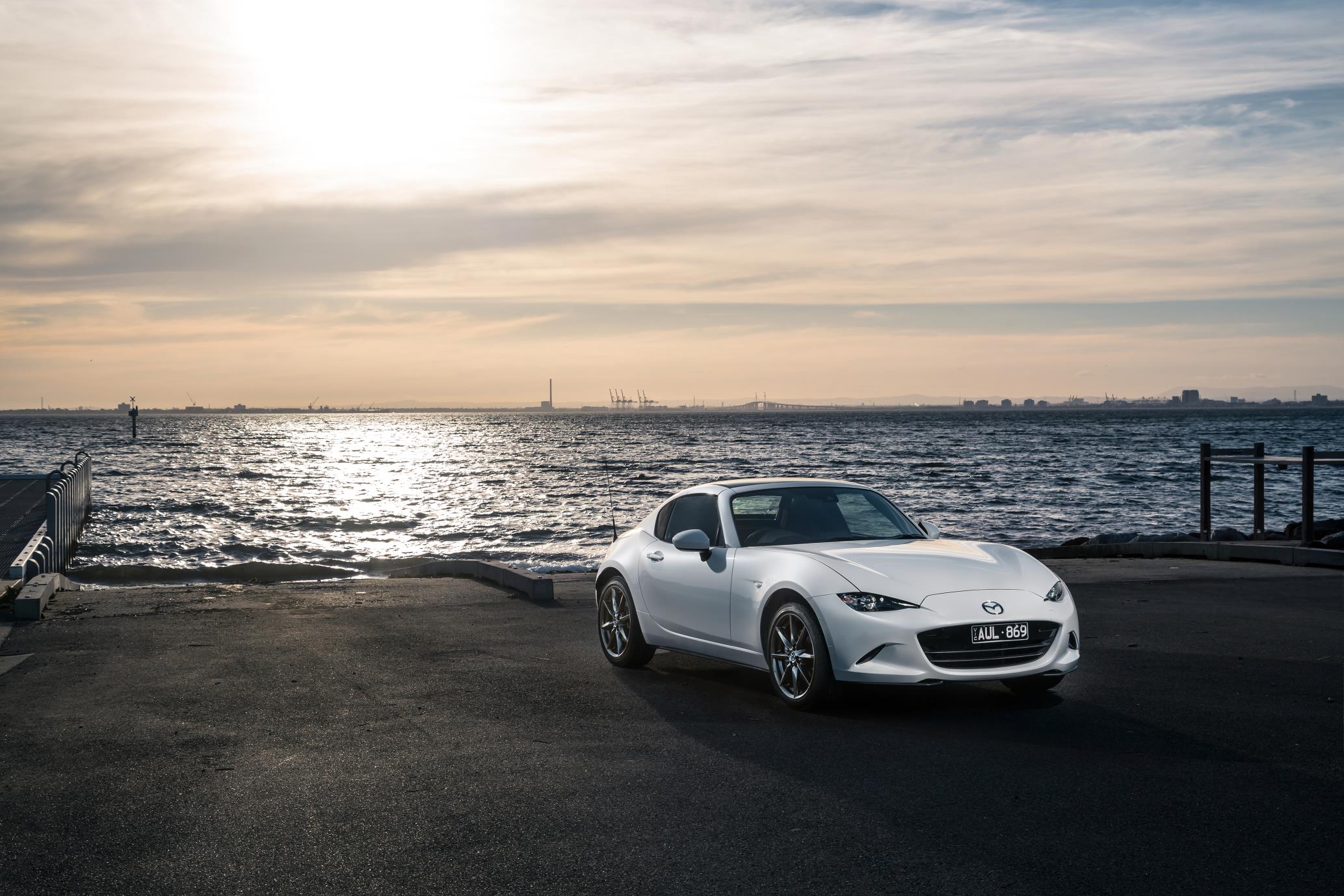 The iconic Mazda MX-5 has received an update that sees power gains, ergonomic and cosmetic improvements plus some added technology. The refreshed MX-5 goes on sale late in September but most interest will revolve around the extra punch added to both SKYACTIV engines. 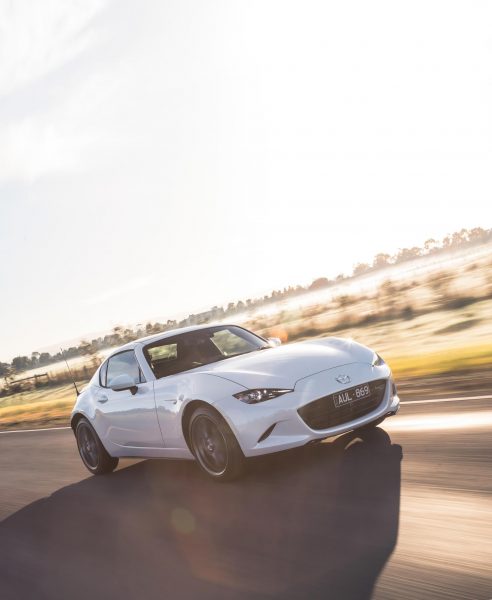 The SKYACTIV-G 1.5 is reserved for the entry-level Roadster while the Roadster GT and RF models get the pumped up SKYACTIV-G 2.0 engine.

Along with work on the exhaust and mechanical engine refinements both manual and automatic transmissions have also been tweaked. Shift timing has been sharpened at turn-in while torque control at turn-out are now better calibrated for greater precision.

This is the kind of car that really calls for the perfect driving position, so Mazda has finally introduced telescopic steering adjustment.

Mazda Australia Director of Marketing, Alastair Doak, said, “Every time we update Mazda MX-5, it’s in pursuit of refining and enhancing the thrilling drive that is so unique to our iconic two-seater,”said Mr Doak.

“Added power has been finely balanced to ensure the same smooth, direct response is felt from the moment the throttle opens up.”

The MX-5’s five-star ANCAP safety will be enhanced via the addition of a standard reversing camera. Mazda’s safety suite i-ACTIVSENSE throws in other standard safety technologies such as Smart City Brake Support [Forward] (SCBS-F) and Traffic Sign Recognition (TSR). 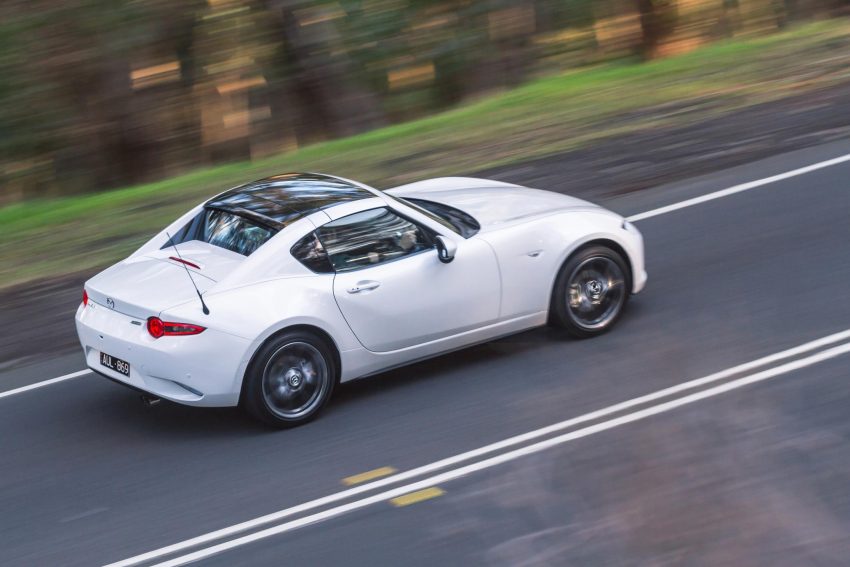 Externally there are new 16-inch black metallic alloys available for the 1.5L Roadster. The RF scores 17-inch versions while the Roadster GT and RF GT models roll  on 17-inch alloys with a bright silver finish.

Even the detachable cup holders have been given some attention. They’re said to be more ridged with thicker internal frames, so basically your latte is now somewhat safer. 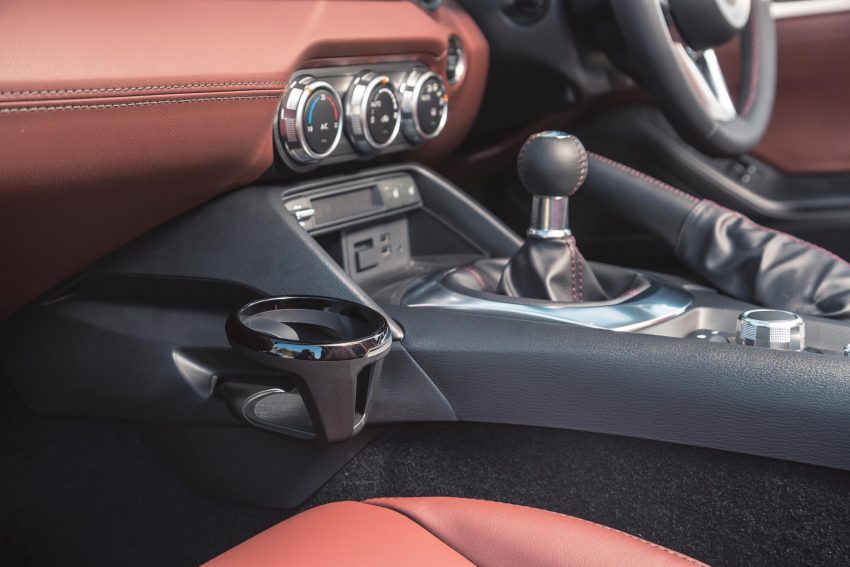 Interior wise there are five trim levels including Mazda’s Chroma Brown nappa leather as an option for RF GT. 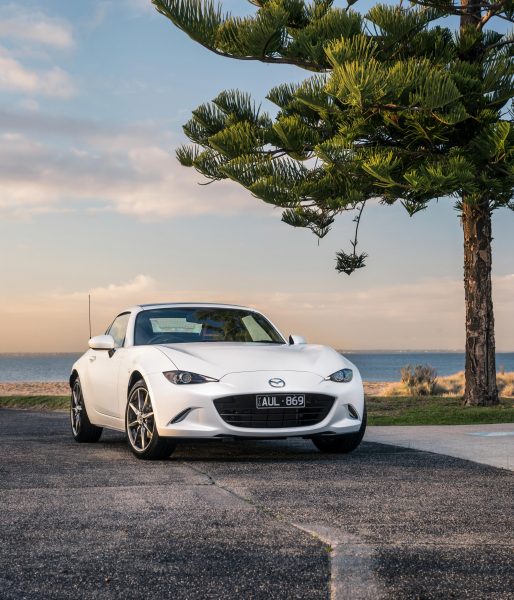