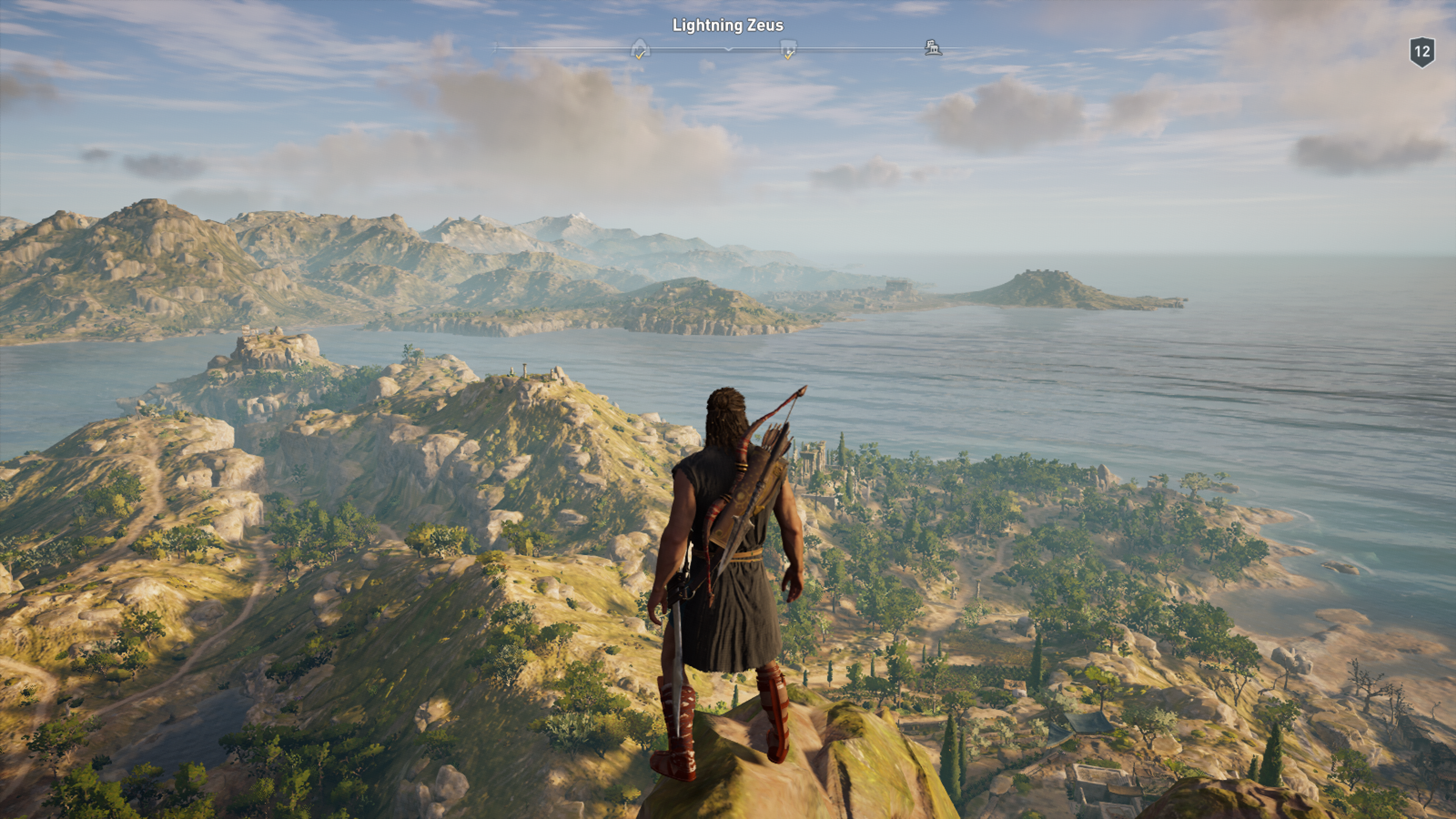 Review: Assassin’s Creed Odyssey – A step in a fresh direction

The Assassin’s Creed series has been a staple of my life, which not only says something about my age but also how many friends I had as a child… so you could imagine my excitement at being able to demo the Assassin’s Creed Odyssey game, set in Ancient Greece and following protagonist Kassandra OR Alexios. That’s right, this is the first AC game that lets you choose your gender! And it’s not all you get to choose… It’s been out for just over a week now and if you haven’t already got your hands on one, have a read through of my experience.

Despite all the relatively big changes and additions to the game, it still feels inherently ‘Assassin’s Creed’ – which is a compliment and testament to the series. While I suggest considering whether you have the time to invest in the role playing and open-world grinding experience of this game, it’s also definitely worth your consideration. I even had the girlfriend (who does NOT play games) hooked for awhile. 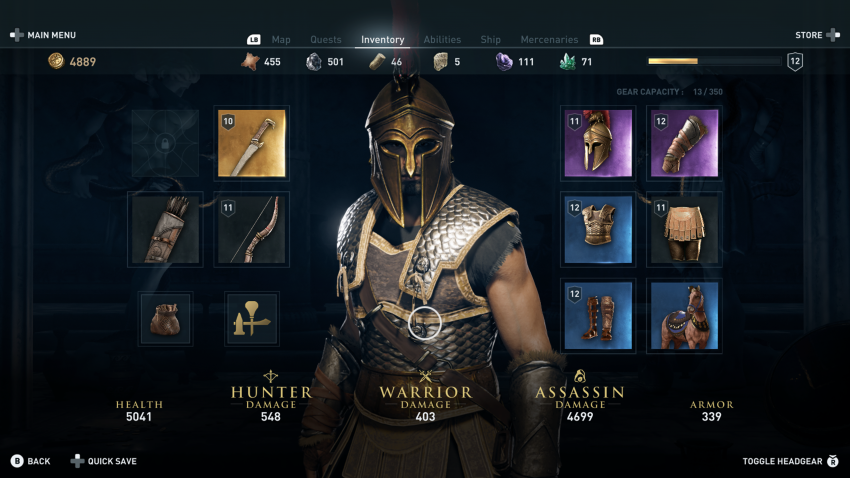 AC: Odyssey is centered around the Peloponnesian War that took place between the Athenians and Spartans. Your protagonist is a Spartan mercenary or ‘misthios’ as they’ll call you in game. Beautiful landscapes, story-lines and a captivating plot are nothing new to Assassin’s Creed, but game altering decisions are, and they help build the role playing aspect of this game, it feels significantly less like a movie than previous iterations have.

The decisions are primarily made through conversation, pictured below; 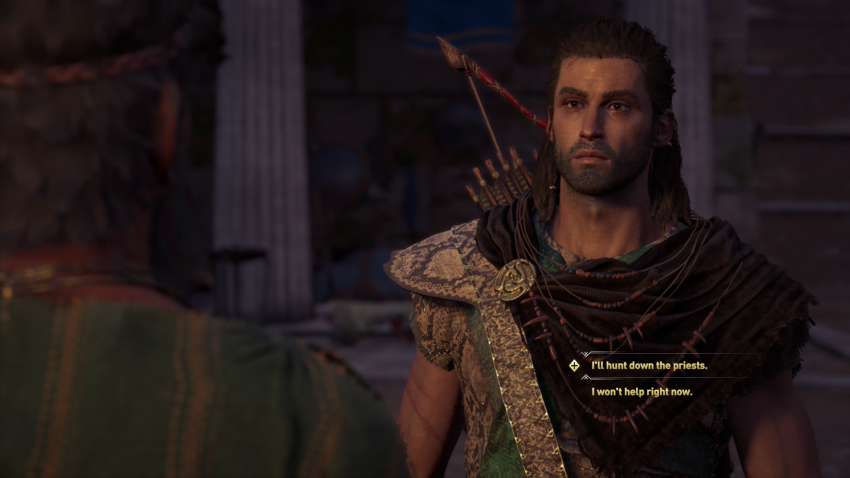 A few more interesting changes were made in Odyssey with the addition of a parry combat system and the ‘ability’ section that provides you access to four skills, adding another aspect to the fight. These are alongside an additional four skills in the archery department. All of these are in the name of customization, which is really nice to see in the franchise. 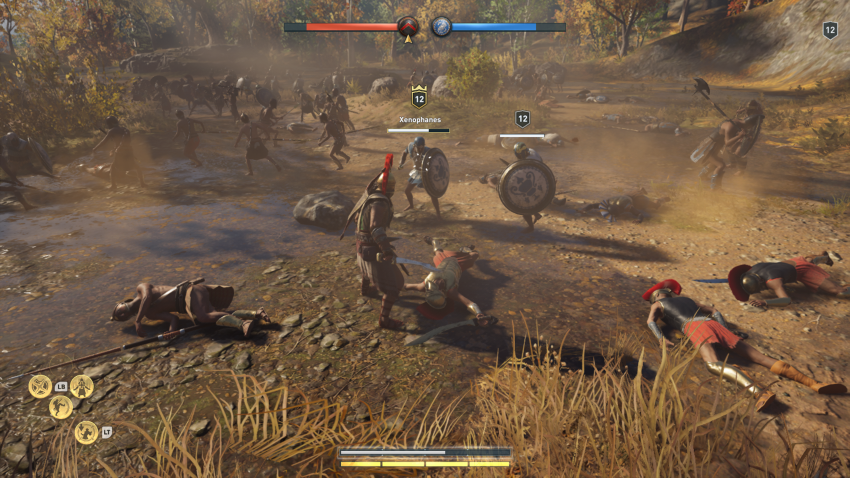 At it’s core I’ll argue we’re still seeing the same ‘old’ Assassin’s Creed combat system, but that’s never anything to complain about – it’s fun. Boat combat is also very present in Odyssey, which leads me to my next point…

As you’re aware this game is set in Ancient Greece, with a wonderfully blue ocean and the stunning islands that make up the nation. The map is huuuuuge and a lot of the travel ingame is boat travel, which can get tedious due to the sheer size. The world is made up of one mainland and several islands that can all be explored by ship. 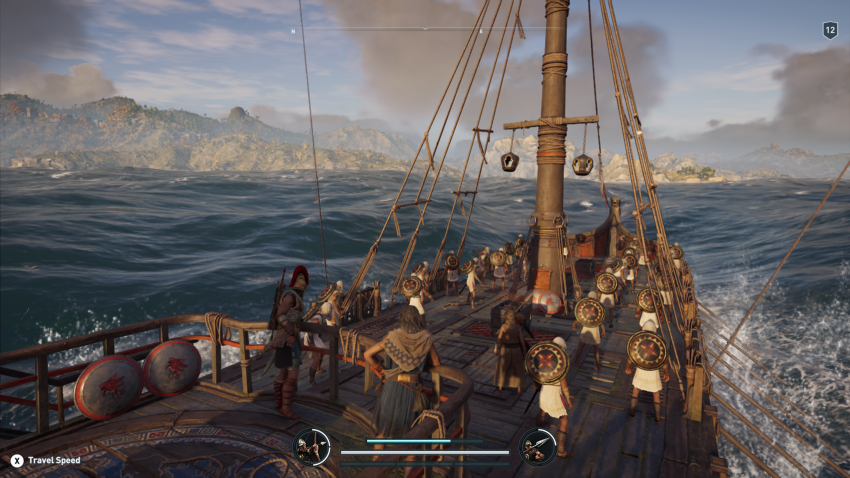 Similarly to AC: Black Flag you’ve got your own vessel complete with every customization/upgrade you can dream of. Built into this system is the ability to pillage other ships for resource which makes for a good mechanic.

Look, I’m not here to tell you what to allow your kids to play or not play, where to draw the line or what should be considered acceptable in society – while that’s a debate that’s always open for discussion (feel free to email me), all I’ll ever write in an article is the facts. 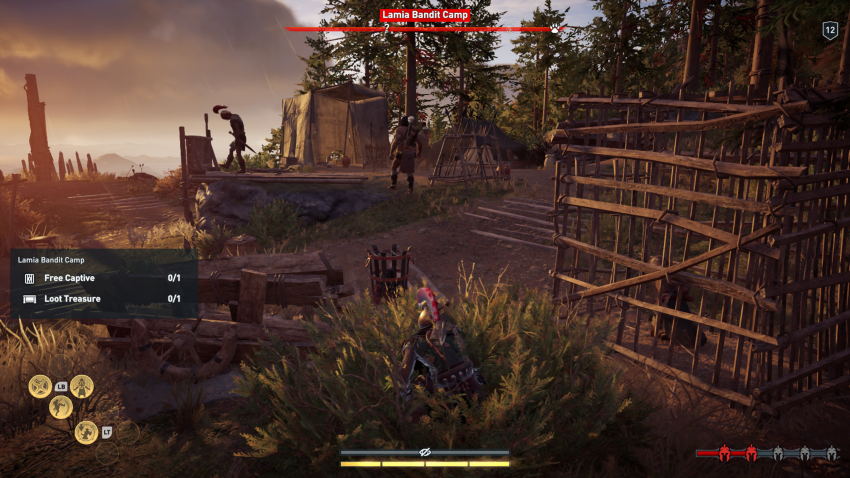 Factually speaking, this game is violent. If you couldn’t gather from the title, you’re an assassin. Almost all of the game involves killing one person or another and while it’s not unbelievably graphic, the base principle of ‘murder’ still pertains. Officially it’s rated MA15+.

Review: Assassin’s Creed Odyssey – A step in a fresh direction