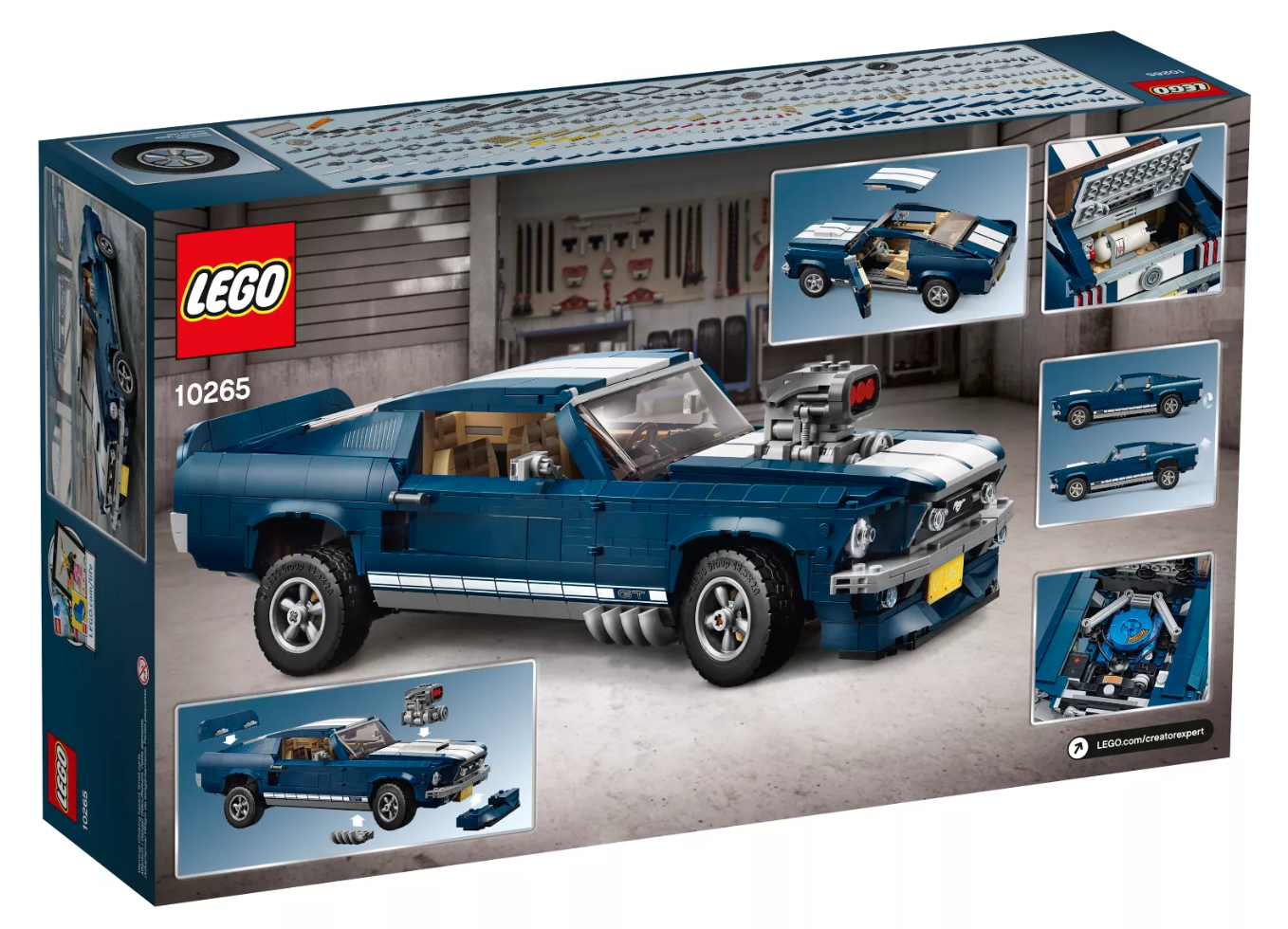 Fans of LEGO will be well aware of their Creator Expert edition models which are hard to find and hard to build replicas of some amazing things like roller coasters and cars.

As the owner of a few, including the Ferrari F40, Mini Copper and VW Beetle they are a really amazing model given the constraints of traditional LEGO bricks.

Dark Blue body, white stripes, the air intake, 5-spoke wheels and even a lift kit to boost the rear end – this is a Mustang lovers dream.

It’s marked as “coming soon” and should be available by mid-year.

You know you want one.