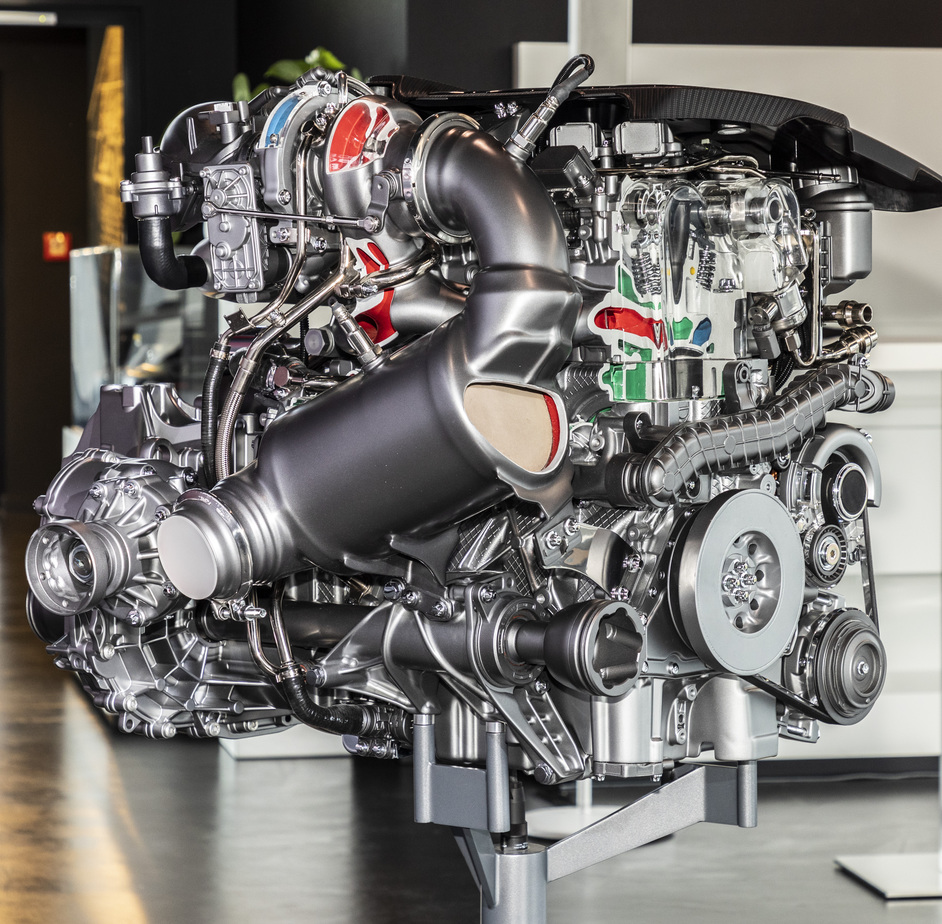 Mercedes-AMG can now claim a significant mantle, the world’s most powerful turbocharged four-cylinder in production. The 2.0-litre unit (M 139) is capable of 310 kW / 500Nm and will debut on the next generation of A45 hatchbacks.

The engine is made on a special production line in Affalterbach, using the “One Man, One Engine” principle. This method of construction sees the engine entirely assembled by hand. It has taken a new production line on the first floor of the AMG factory to pull off this feat.

The process uses Industry 4.0 methods, this buzz phrase refers to a “Fourth Industrial Revolution.” It brings together the very latest in ergonomics, materials handling, quality assurance, sustainability and efficiency.

Think of this as “smart production” where assembly lines are able to be flexible and efficient using digital technologies.

Emmerich Schiller, COO and member of the Board of Management at Mercedes-AMG GmbH, said: “We have completely revised the principle of “One Man, One Engine” for assembly of the M 139,”

“The result is an ultra-modern production process that places the focus on people. To achieve this, we created the ideal working conditions in a bright, precisely organised and clean environment for our employees.

“This provides the best basis for continuing to ensure our high-quality level even as the technology becomes more complex.”

The four-cylinder will be available in two output versions for compact Mercedes-AMG models, one producing 285kW the other the aforementioned 310kW. Think about it, a four-cylinder engine that can produce 310kW?? It’s remarkable!