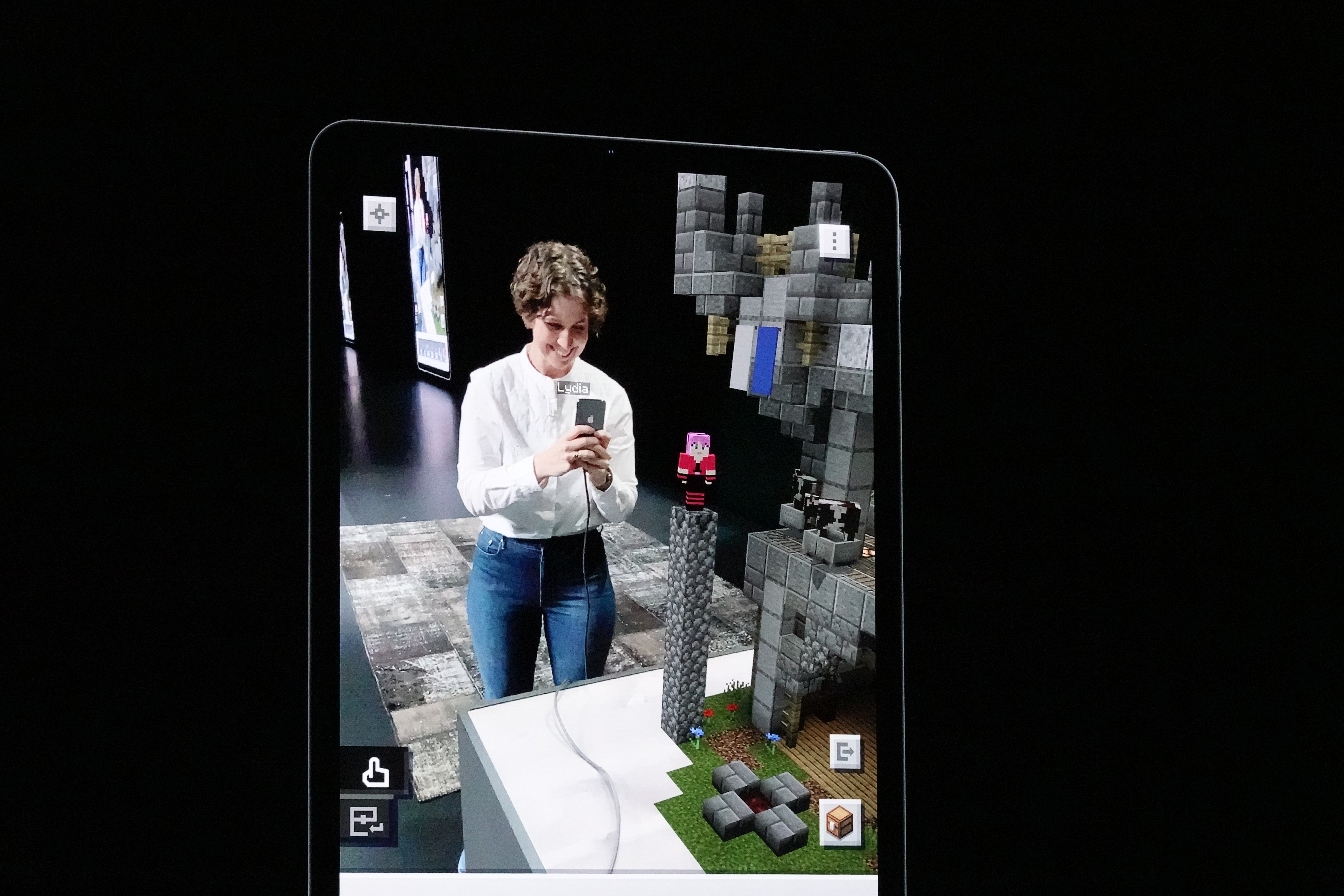 Minecraft Earth Demo: It may be better than we thought

When Microsoft announced their new Augmented Reality game project Minecraft Earth all the thoughts went to Pokemon Go and how this next level of AR would re-ignite those out and about gaming vibes.

But it could be even better than we thought; At Apple’s Worldwide Developer Conference Keynote yesterday two Minecraft engineers performed the first ever public demonstration of Minecraft Earth.

Using just iPhones the pair were able to view a small castle like structure built from Minecraft blocks which was sat on top of a real-world table – but of course to anyone without the app they would see just a table.

While the building itself was amazing – what was most eye-opening was the multi-player experience on show.

Each player could see the other through the lens of Minecraft earth, but in addition to seeing the real-world player, a tool would appear next to the other players phone representing what their Minecraft player was holding in their hand.

So if you are playing with a friend and they are digging, you would see your friend, their phone and a shovel icon.

If they are holding a granite block, you would see a small granite block, and as they place the blocks you see them fly out of the phone, but then get placed more specifically onto the model being built.

That’s all very cool, and demonstrated to me that this was a game that could be played in the lounge room – I can imagine building with my kids in the Augmented world, just like we do in a shared world on Minecraft.

Taking it to the next level, the model was then able to be upscaled onto the full WWDC stage – perhaps representing how a model would be placed out in the real-world in Minecraft Earth.

While this was impressive no doubt, what Apple demonstrated was a feature exclusive to iOS devices which allowed other players to appear as part of the built object.

Using the latest iteration of AR Kit, and a new advance within it called “Reality Kit” programmers can allow a real-world human being to appear within the augmented virtual object.

Depth and distance calculations are used to ensure a person can appear in front of a virtual object, and not just have it placed on top of them.

This same technology is used to map the movements of a human in the scene and mimic them in the virtual world – with the demonstration showing a player raising their arms, with their Minecraft character doing the same.

It’s next level AR and should be very interesting to play with when it launches in Beta in the coming months.

Minecraft Earth Demo: It may be better than we thought