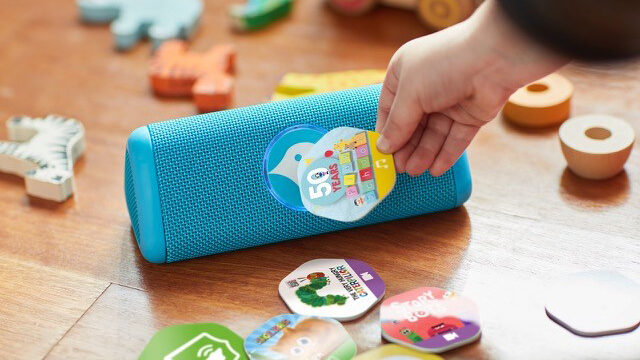 When you’re a startup and you’re trying to get ahead one of the challenges is to ensure you have the right relationships and partnerships to further both your business and the product in the eyes of consumers.

Aussie startup Birde have had one heck of a success story hit their business through a new partnership with Nickelodeon.

Birde is a speaker – not a Bluetooth Speaker – a speaker that is Wifi connected and app controlled but aimed at kids.

Parents use the App to set it up, kids use smart tokens called “Seeds” to play content.

Audiobooks, Music and TV shows are played directly off the device’s built-in storage and are started with the tap of a “seed”

Kids can simply pickup their favourite bit of content, and tap it on the speaker for it to instantly play.

If it is video content the Parent can set the Birde up to pair with a Smart TV in the home to show the video too.

Great idea, and we’ll have a full review soon. At launch Birde were fortunate to have great content available from the ABC and even the Wiggles, so when the founders received an email from Nickelodeon you can imagine their jaws dropped.

Nickelodeon come knocking, you run to answer the door.

And they did. A few months later and Nickelodeon content is now available for Birde speakers.

Amazing story of success in a company with a product that has only been in market for a little over six months.

“We are excited to be adding Nickelodeon titles to provide an even larger stable of quality content for Australian kids, as we continue to provide growing options for young children to access content and technology in a safe and controlled manner,” said Jack Lord, Chief Executive Officer of Birde.

“We have received overwhelming feedback from our customers and content providers, with today’s announcement a strong endorsement of our direction and potential as we address concerns important to so many parents around the world. We are excited as to where this opportunity may take us.”

There are thousands of hours of content from places like Nickelodeon, ABC Kids, Universal Music, StoryBots, Dinosnores and Omens Studios.