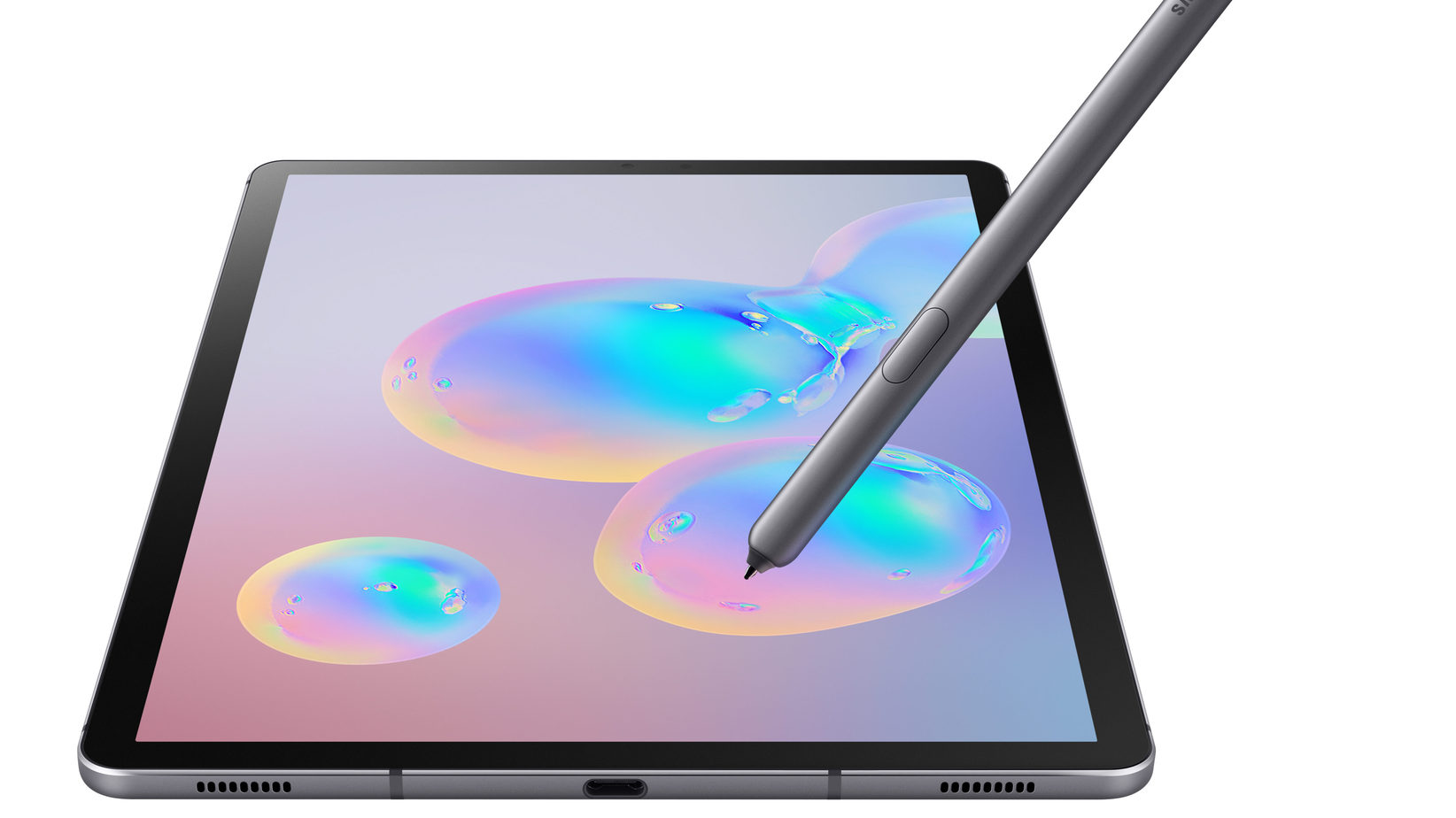 With a starting price in Australia of $1099 there’s no question the new Samsung Galaxy Tab S6 is aiming at the top level of then tablet market.

Samsung’s DeX is on-board the Galaxy Tab S6 which is no doubt it’s stand-out feature allowing an owner to turn their device from a Tablet to a PC in an instant. Use the Samsung Book cover with keyboard and all you need is a USB-C monitor to get a PC experience at your desk.

But just like the Note series smartphones, the Galaxy Tab S series is “S Pen” capable and with new features like a magnetic attachment to make keeping your pen close, and note-to-text conversion the S-Pen is coming into its own as a primary accessory for this tablet – just as Apple have done with their Pro iPads and the second generation “Pencil”

Seriously though, can they make these things any lighter? 420 grams, just 5.77mm thin. Crazy.

Security is next level with an on-screen fingerprint reader taking from then Smartphone world and coming to the Tablet market.

And then there’s gaming! Yes gaming in a tablet – the performance (a 7nm application processor), a CPU which is 81% faster than the Tab S4, and graphics 64% faster. Yep, the kids will be able to enjoy Fortnite on this one:)

In the basics, it’s a 10.5 inch AMOLED screen, with quad AKG powered sound.

This beast will go on sale on September 13, with pre-orders starting on August 27. Pre-Orders are being encouraged by offering the 256GB variant for the price of a 128GB.

Garry McGregor from Samsung Australia says “The Galaxy Tab S6 combines the best of mobile innovation in a refined form factor that is perfect for Australians seeking a tablet that supports mobile functionality, entertainment performance and productivity.

Australians’ expectations of tablets have evolved beyond simple media consumption. They now want a device that seamlessly adapts to their changing needs and enables them to do more both in their personal and professional pursuits, whether that’s delivering a presentation at work, creating content on the go, or enjoying a high-intensity gaming session on the commute home.

By combining an amazing multimedia experience with new innovations like the enhanced S Pen and our first on-screen fingerprint sensor on a tablet, the Galaxy Tab S6 accommodates both work and play to create a premium tablet experience that is ideal for Australians’ mobile lifestyle.”