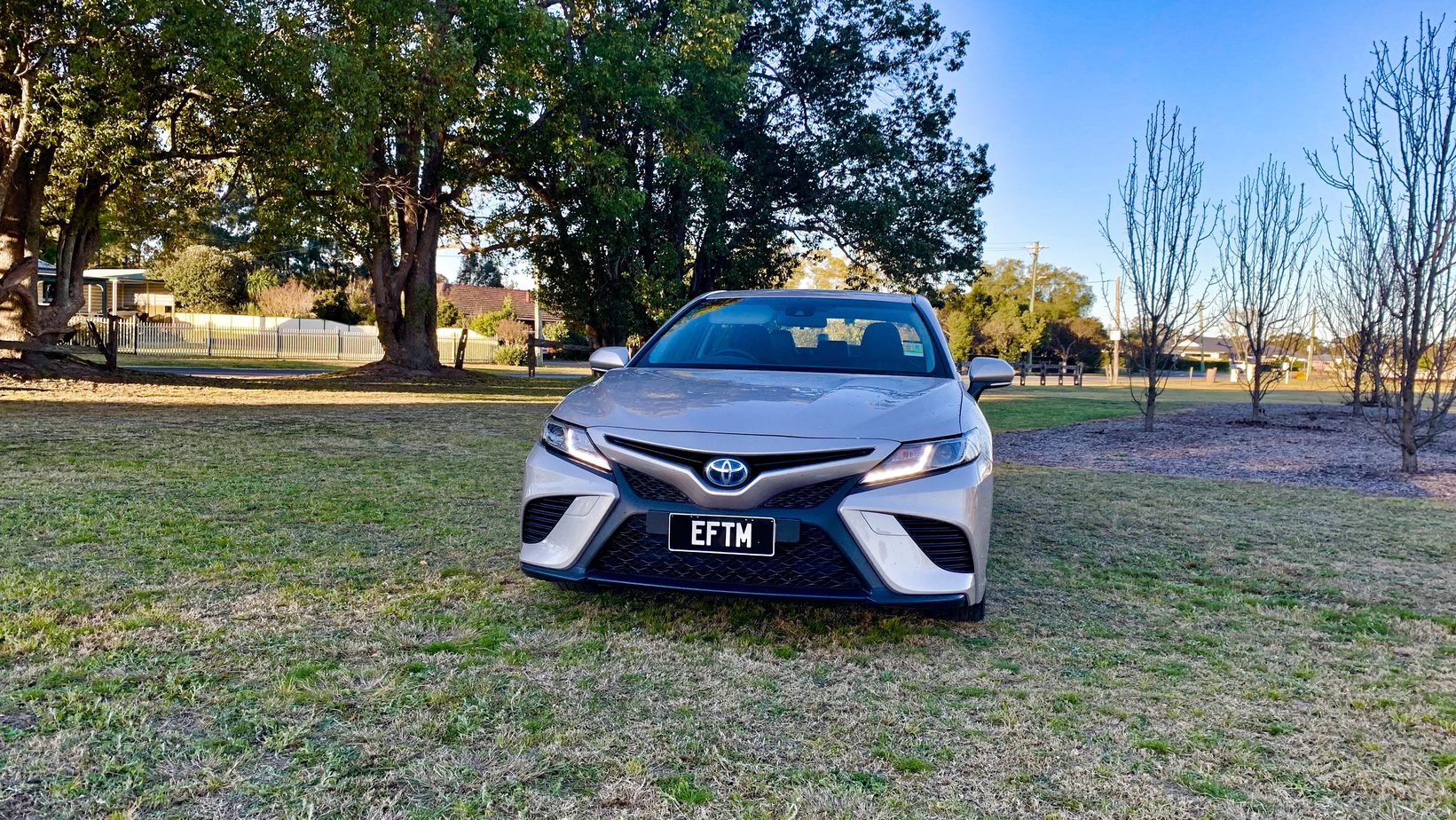 I’ve owned a Toyota Camry Hybrid since 2010 and I’m not ashamed to say so. I did own a VE Holden Calais V8 V but when I moved 60 kilometres from work, well fuel economy was a massive drama. Now these days I obviously don’t drive it much, so it became my wife’s car. The Australian made Toyota Camry Hybrid is possibly the best locally produced car ever. So, it was interesting this week jump into the 2019 model and see first-hand how far things have come.

In case you’ve been living under a rock Toyota has been toiling away at hybrid technology since 1997. That’s when the Prius first went on sale, the Camry went down the hybrid path from 2006. After some sizable cash was handed over by the Federal Government, we started making the Hybrid Camry here in late 2009.

My wife and I have just spent a week in the Toyota Camry Ascent Sport Hybrid. First and foremost, the Camry in general, is no longer simply a means of getting around. It actually, if you drive one, puts to bed the zillion Camry jokes on offer. It looks modern, sophisticated and dare I say stylish!

But the thing that stuck me instantly is how well the Camry is sorted these days. While our own car has never missed a beat, it does handle like a rowboat and has since day one. Now the new generation car can honestly claim to be a good steer. The other surprise is just how much pace the hybrid combo delivers, I mean there’s even a sport mode!

I love the rear taillights, which look like they’re crying. Plus, I revelled in the fact that the Ascent body kit doesn’t look like it’s been bolted on by a moron. The front end has more creases than all my shirts but manages to look very attractive.

My wife drove this thing to Canberra and back and averaged just 4.7L/100km. There’s a reason why cab companies use them.

In fact, let me hand over to my much better half for a moment.

I found the Camry was a smooth ride. The buttons and centre console were all within easy reach. It felt comfy and everything made sense, but I am a Camry driver from way back. Adaptive cruise control was the best!

It was perfect for the long drive and fuel economy, well that’s so good. It shows really why such cars have a place in the market, it’s great on the hip pocket.

I found the boot was a great size for moving around a toddler. Our 2010 model has half the battery taking up cargo space, which is a massive problem.

It did have material seats which isn’t ideal when there’s a two-year old eating in the back. Plus, no sunroof but that’s not a deal breaker. And auto windows on all doors, that’s very convenient.

The Camry Hybrid scores a 2.4-litre four-cylinder engine paired to a hybrid motor. That results in 160kW and 202Nm of torque. Power is sent via a CVT style transmission to the front wheels. These days many CVT’s try to mimic traditional automatics, with six steps in this instance. It kind of works, but I’m still no fan.

The Camry Ascent Sport Hybrid will set you back $32,090 before on-roads. Claimed fuel economy is just 4.2L/100km which seems astonishing, but my wife did near it. I wouldn’t of course. Toyota now offers a five year/unlimited kilometre warranty. Five services are capped at $195 with intervals being 12 months/15,000km.

It’s an educated and informed purchase, one that doesn’t suggest you have a love of cardigans anymore too.

It’s still not the most exciting means of transport, I mean who gets a four-door sedan these days? But as Camry veterans we’re very impressed. It absorbed our SUV sized pram like a whale eating krill. It’s a 7.5 out of 10 from now.