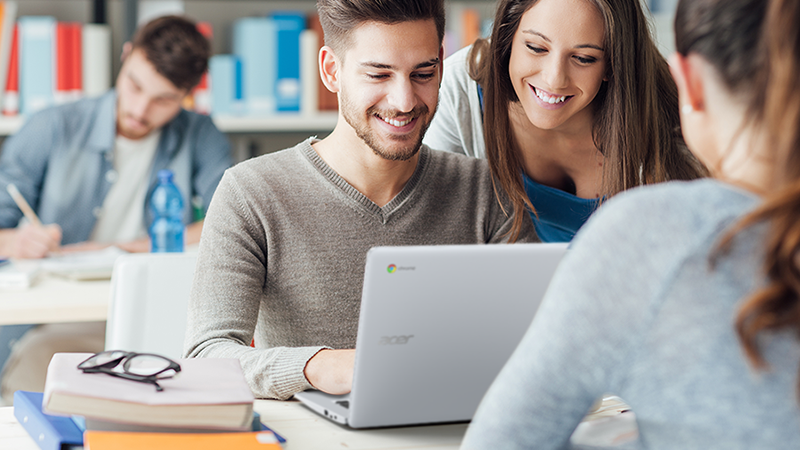 Acer announces four new Chromebooks, and some new laptops as well at IFA

As IFA ramps up, Acer has unveiled their new range of laptops and Chromebooks and they’re a cracking bunch with a heap of features.

The Chromebook 315 and 314 are the largest with 15.6” and 14” Full HD (1920 x 1080) resolution IPS LCD displays that offer wide viewing angles. The larger footprint also affords users up to 12.5 hours battery life – and the Chromebook 315 has the bonus of a dedicated numeric keypad.

The Chromebook 311 and Spin 311 come in a more compact form factor with 11.6” displays with the Spin model offering a 360-degree hinge letting the Chromebook be used in tablet, notebook, display and tent modes.

The Chromebook 311 will be offered in both non-touch and touch versions, while the Spin is touch only to support finger and stylus input. The Chromebook 311 and Spin 311 also offer a full days use with up to 10 hours of battery life.

All four include two USB 3.1 Type-C Gen 1 ports (one either side for convenience) and a microSD card slot to expand storage easily.

Acer has advised that all four of the Chromebooks announced will be heading to Australia, with exact dates and pricing to be announced.

If Chromebooks aren’t your thing, Acer also has a range of Windows machines on offer with the Predator Triton 300, Acer Swift 5, and the ConceptD9 Pro and ConceptD 7 Pro also announced.

The Predator Triton 300 is a thin, and light gaming laptop which packs a punch without breaking the bank.

Weighing in at 2.3kg, Acer has managed to include a 15.6-inch 1080p LCD display with 144Hz refresh rate powered by an NVIDIA GeForce GTX1650 GPU. The laptop itself is powered by the latest series of Intel Core i7 processors, and 16GB RAM with options for either a 2TB hard drive, or two1TBPCIe NVMe SSDs for storage.

Acer has advised the Predator Triton 300 will arrive late in Q4 in Australia for $1,999

Acer’s Swift 5 is an ultra-portable style machine weighing in at 900grams, which Acer is spruiking as the world’s lightest 14” Notebook. It’s light, but still includes plenty of power with Acer offering new 10thGen Intel Core processors and an option for a discrete NVIDIA GeForce MX250 GPU.

Finally, if you need raw power on the go, the new ConceptD Pro range which include Nvidia’s latest Quadro GPU look phenomenal for creators wanting a portable option.

There are two models heading to Australia later this year, the ConceptD 7 Pro and ConceptD9 Pro.