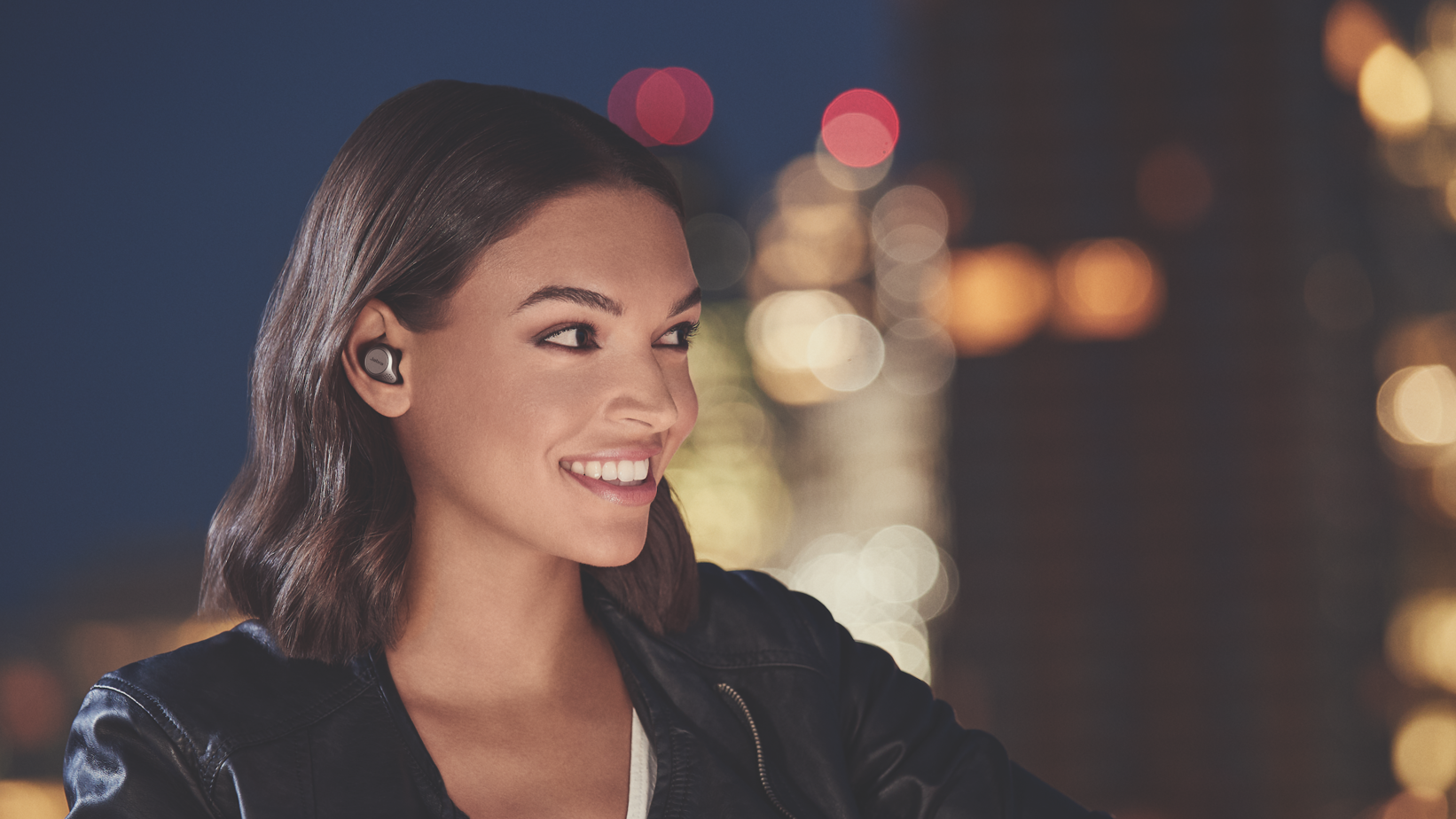 Jabra has announced a new addition to their truly wireless earbud range with the 75t arriving in stores soon.

The Jabra Elite 75t are a follow-up to last years phenomenally good Jabra Elite 65t, which blew us all away with their comfort and sound quality.

The newly updated buds are 20% smaller than the previous model, with Jabra saying the buds are more comfortable and securely fitting – especially for users with smaller ears.

You’ll get longer life out of them too, with 7.5 hours of battery life – up to 50% more than the 65t – as well as being able to wirelessly charge them in the battery case for a total of 28 hours of use. The case has also been updated with a USB-C connection for charging.

The Elite 75t are IP55 rated, so you can truly work up a sweat at the gym without worrying about them, and a 2-year warranty on dust and water ingress should add peace of mind.

Of course they’re from Jabra so they’ll sound good – especially if you use the Jabra Sound+ app – but they’ve also integrated 4 microphones to reduce ambient noise and wind when you’re on a call. They’ve also improved the reliability with Bluetooth 5.0 so you won’t get audio dropouts.

The Elite 75t also include support for Google Assistant and Amazon Alexa to let you quickly check information, add appointments and more, on the go with the push of a button on the earbuds.

Jabra will release the Elite 75t wireless earbuds in Titanium Black in late October, with a Gold Beige colour option to be released next year. The buds will cost RRP299 AUD when they arrive.