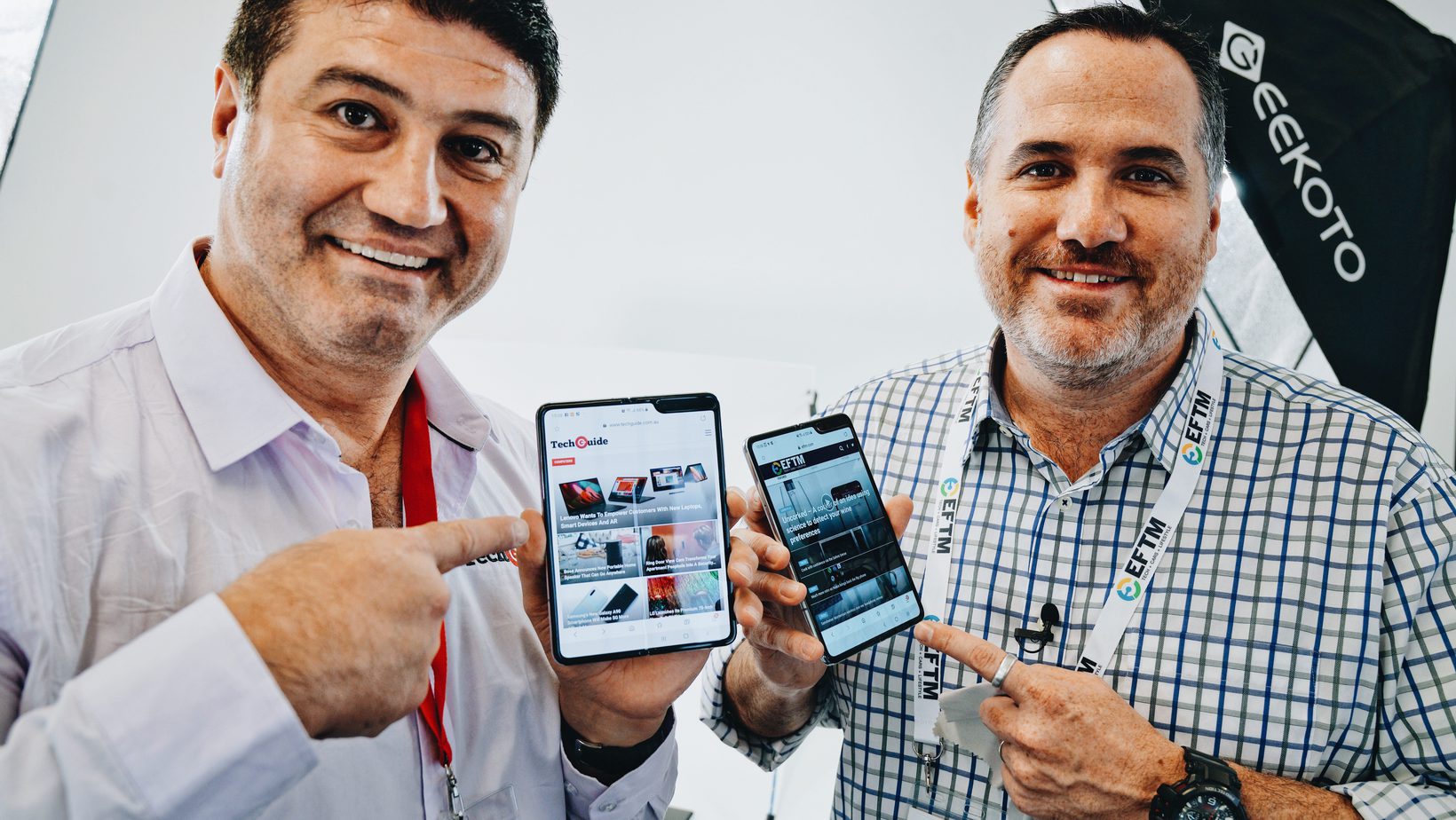 Trev and Steve have gone hands on with the year’s most anticipated and controversial device, the Samsung Galaxy Fold.

There’s a bit of controversy swirling around about 8K which the blokes discuss, Lenovo have a bunch of smart new products and they’re really thinking smart here

Sony have a brand new Walkman that’s a tribute to the classic from 40 years ago, TCL showcase their brand new Smartphone.

Ecovacs have a new robot vacuum, that can remember multi story homes and Trev wonders if Stephen would consider the Electric Porsche Taycan.