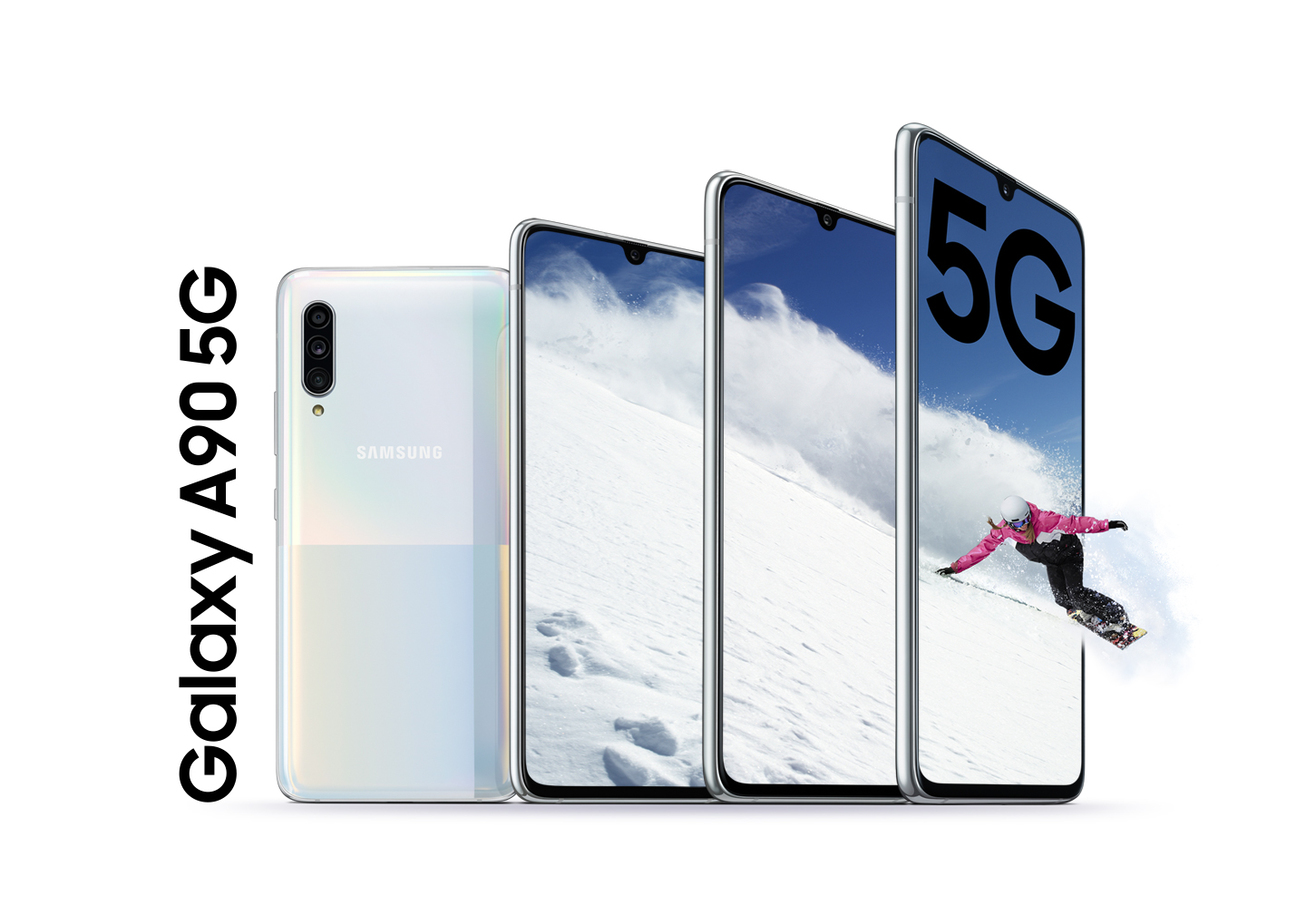 The pricing barrier for 5G phones is set to be broken with Samsung today announcing the mid-range Galaxy A90 with 5G connectivity, and it’s coming soon to Australia.

While the A-series triple camera setup classed as mid-range, the internal specs on the phone are impressive by any standards including a huge 6.7″ Full HD+ Infinity-U display which includes an embedded fingerprint reader, an octa-core processor and a triple rear camera array consisting of a 48MP main sensor with 8MP ultra-wide, and 5MP depth sensor units.

Samsung will launch the Galaxy A90 with Android 9.0 (Pie), though an update to Android 10 could be on the cards once its released. The Galaxy A90 is also the first A-series phone to support Samsung‘s DeX, offering you the option to use your phone in a desktop on a monitor or TV.

Unfortunately Samsung is only offering the Galaxy A90 in Black or White with a unique geometric pattern in the rear glass.

Samsung hasn’t announced pricing for the Galaxy A90 as yet, however their mid-range Galaxy A-series are decidedly more affordable than the rest of the 5G enabled Samsung range which currently start at $1,999.

Samsung Australia is currently working with local operators and retailers on the local launch details, which shouldn’t be too far away.