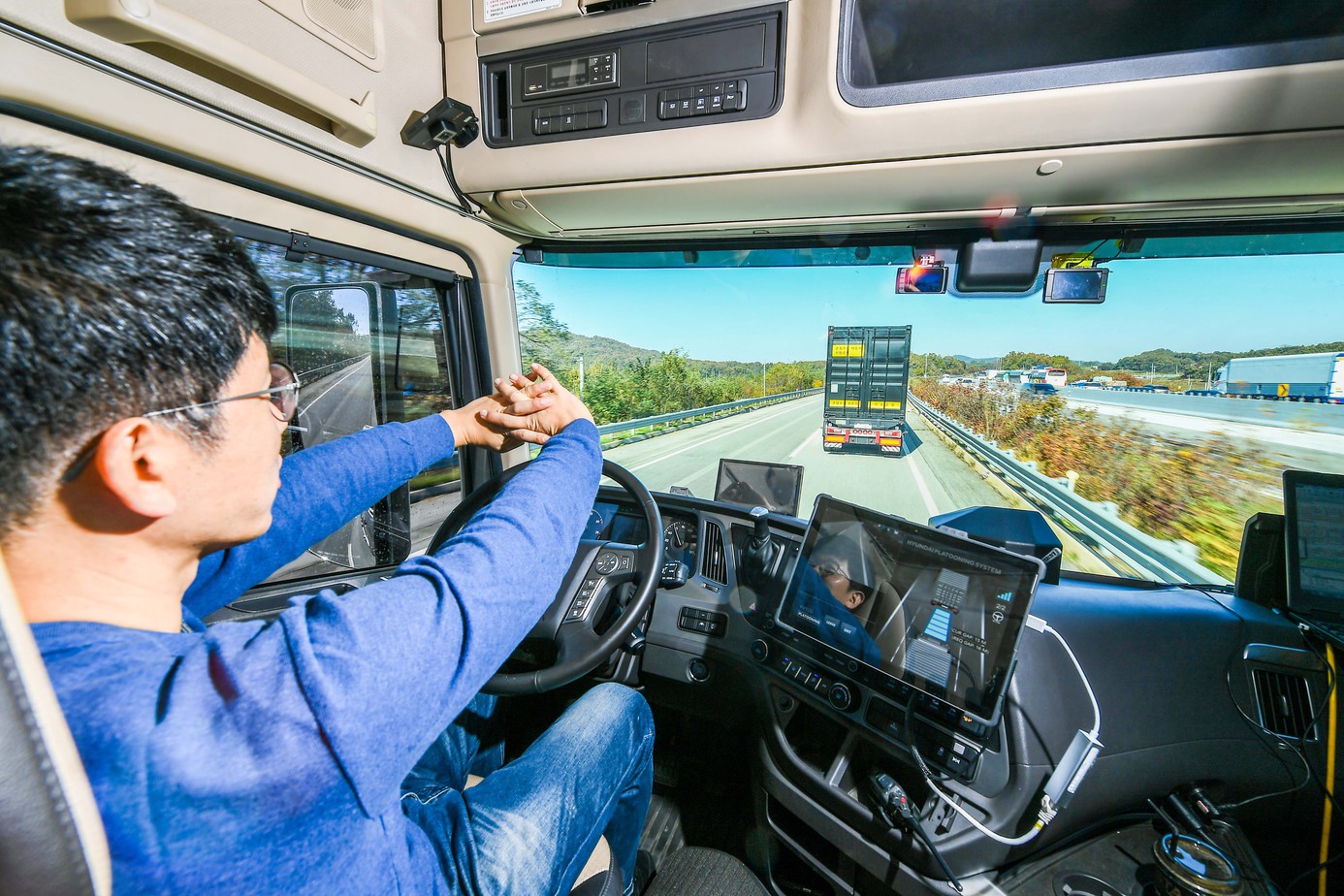 My biggest bugbear when it comes to motoring is crapping on about autonomous driving. I can almost personally guarantee we won’t as a community have the chance to experience this technology en masse, during our lifetime.

However, what we may see is projects like the following from Hyundai. It has just completed a trial of sending a platooning of trailer trucks down a dedicated smart Highway.

The Yeoju Smart Highway is a 7.7km test stretch that forms part of a region expressway established by the Korean government purely for the development of autonomous driving technology.

The demo showed the following, Vehicle platooning (closely following each other), cut-in/out by other vehicles, simultaneous emergency braking, and V2V (Vehicle to Vehicle) communication tech. The speed limit was set to 60km/h.

Jihan Ryu, head of Hyundai Motor’s Commercial Vehicle Electronics Control Engineering Group. “We are confident that our industry leading autonomous driving technology in commercial vehicles showcased in this platooning truck demonstration will lead into a revolutionary paradigm shift in the freight and logistics industry,”

The Ministry of Land, Infrastructure and Transport (MOLIT) backed the project. It has been providing support since 2018 and ensures the project is viewed as a national project, bringing together government, corporations, and academia.

Vehicle platooning is like slip streaming, plus improves fuel efficiency and lowers emissions. The platooning begins when the driver approaches the leading vehicle and activates ‘platooning mode’.

The distance maintained is 16.7m distance, with real-time adjustments made based on the vehicle’s acceleration and deceleration. Lane keeping technology is also used so the driver can take their hands of his wheel.

The V2V system is vital as for all this kind of tech to work, vehicles do need to communicate to each other, various sensors like cameras and radar are also used.

The following driver is also broadcast a video of the road ahead, sent from the lead vehicle.