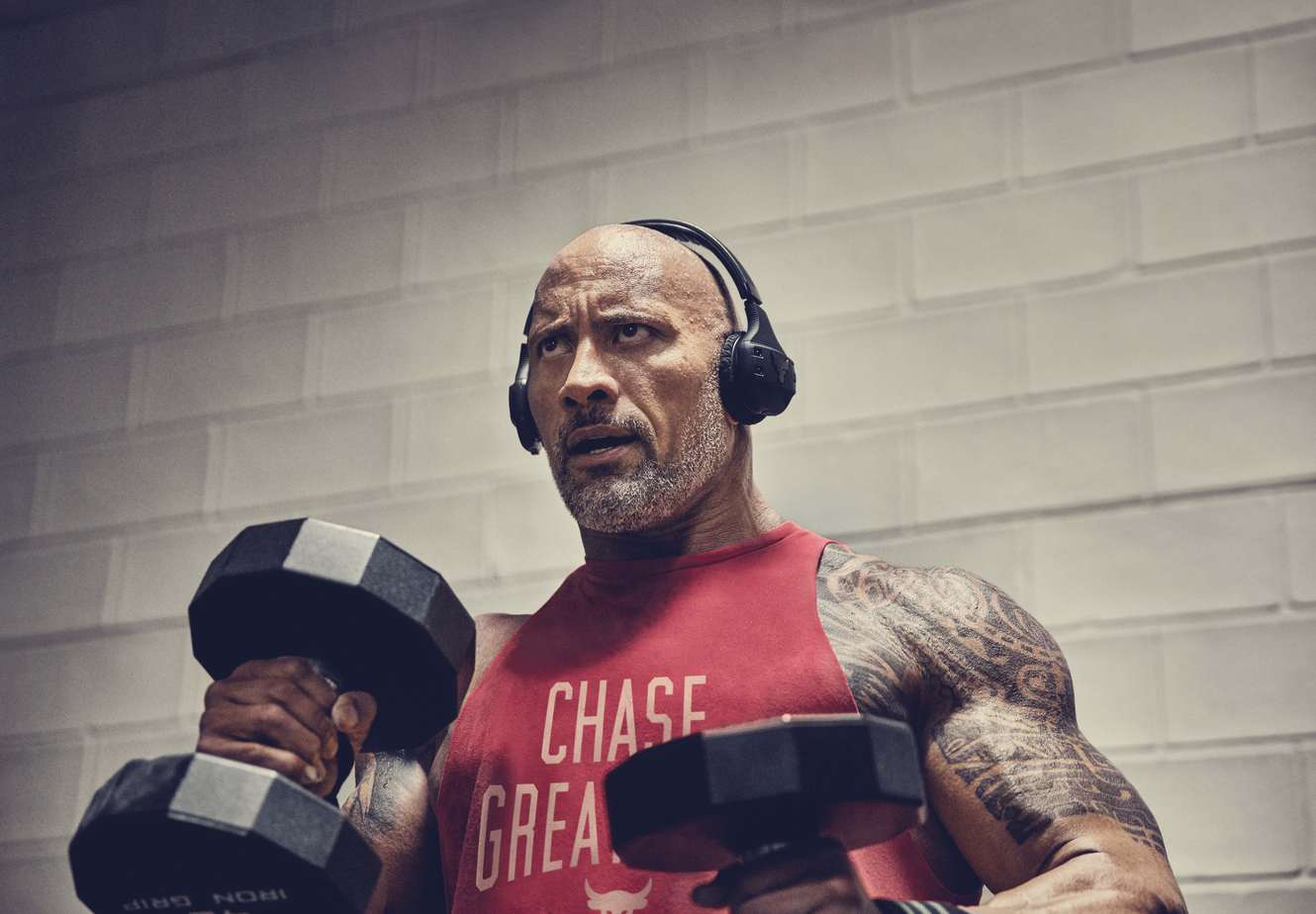 You know why Dwayne ‘The Rock’ Johnson is so damn rich? Hardest working man on the planet – just ask him. It’s bloody true.

That, plus when he puts his name to something it sells, like hotcakes.

Over the last while he’s been showing off some epic audio gear which hasn’t made its way to Australia sadly – until now.

They are a limited edition, and you’ll have to throw down $400 for them!

Strong JBL sound, with “Talk Thru Technology” which allows you to chat with your gym buddy without taking off the headphones.

16 hours of battery life is epic and made for big Rock style man hands, all the buttons are oversized to make it easy to locate your pause and track adjustments.

Australia is the first market outside of the USA to get Project Rock headphones – we can only assume that if they sell well, more will come!