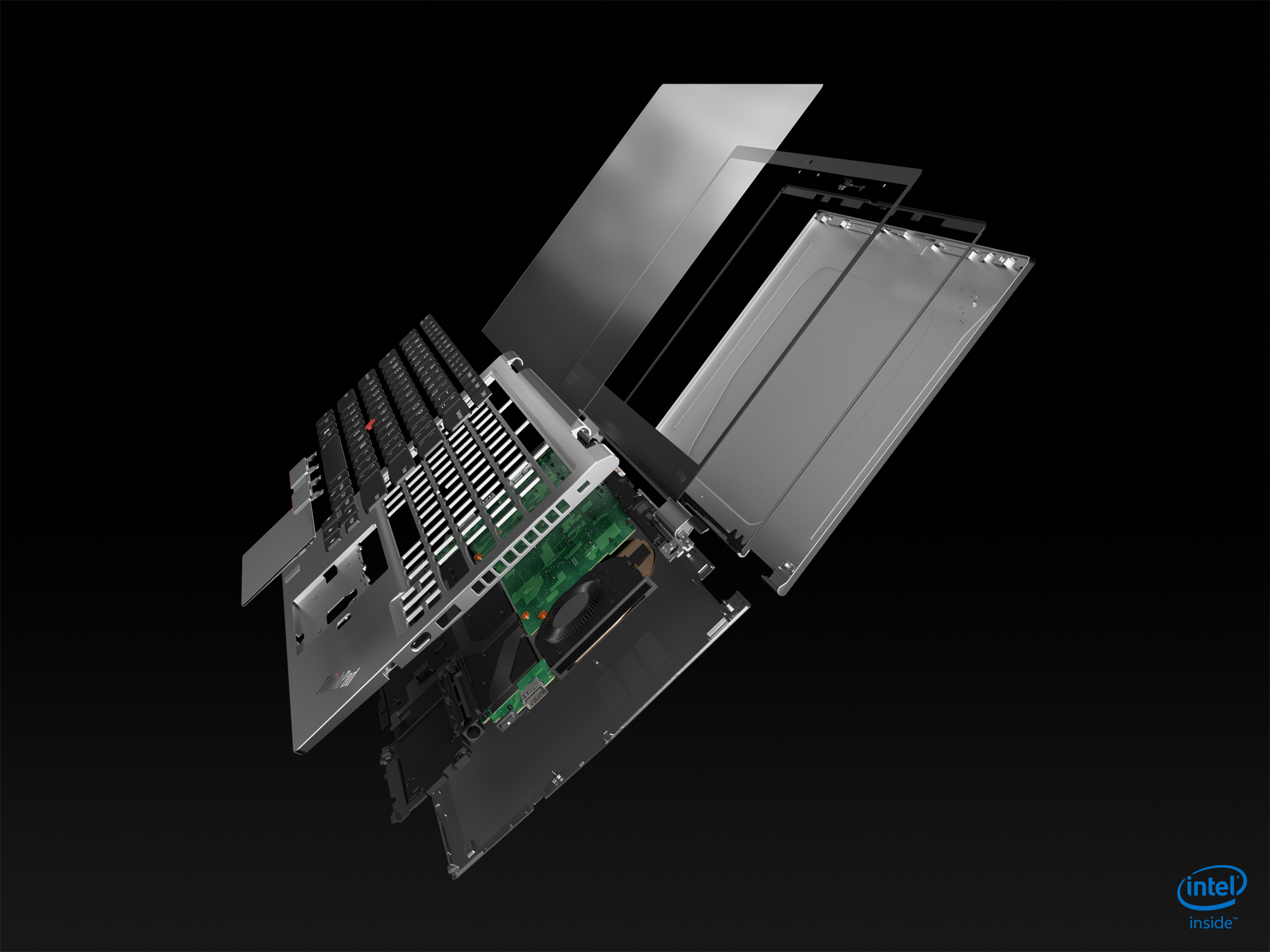 At CES next week Lenovo will be showing off a range of new devices including a refresh of their Thinkpad X1 Carbon and X1 Yoga laptops, as well as the new ThinkCentre M90a all-in-one desktop.

ThinkCentre M90a
The ThinkCentre M90a all-in-one is powered by the 10th Generation Intel Core U i7 vPro CPU and AMD Radeon 625 graphics with a large 23.8-inch FHD display which will automatically blur when you turn away from it, frustrating anyone who tries to read over your shoulder.

Users can use the Match on Chip Touch Fingerprint Reader or the IR Camera with ThinkShutter for biometric security with face recognition login through Windows Hello. The camera can also be locked off when you’re not wanting to be watched.

ThinkPad X1 Carbon Gen 8
Spruiking the X1 Carbon as the ‘thinnest, lightest, commercial 14-inch ultrabook device on the market’, Lenovo has refreshed the X1 Carbon with a new 10th Generation Intel Core U i7 vPro while still weighing in at a remarkably light 1.09kg.

The laptop comes with 16GB of RAM and 2TB SSD, and will offer a 14″ display with options ranging a FHD IPS through to a HDR400 LP UHD IPS (500nit) 10bit display. There is also an option for a FullHD resolution PrivacyGuard Touch AG IPS display which will make it hard for anyone to view your work over your shoulder.

Privacy is also a focus with the webcam which has a ‘ThinkShutter’ physical slider which will block the camera when not in use.

The laptop will be available later this year, starting at $1,499 USD, with local pricing to come closer to launch.

X1 Yoga Gen 5
For those wanting something a little more versatile, the X1 Yoga Gen 5 is more durable, with a MIL-SPEC rating and built from CNC machined aluminium with a 360-degree hinge offering four modes: laptop, tablet, tent, and stand.

The X1 Yoga comes with a 14-inch display which can be configured in a range of ways ranging from a FHD IPS through to a HDR400 UHD IPS (500nit) display. There’s also options for privacy guard for those looking to work privately.

The laptop is powered by a 10th Generation Intel Core U Processor with up to 16GB LPDDR3 RAM and a 2TB SSD. It’s got plenty of ports as well with two Thunderbolt 3 ports, two USB 3.1 ports, an HDMI port and a headphone jack.

All day battery life is on offer with up to 18.3 hours of life, and it can be quickly recharged through the 65W USB-C connector, with Lenovo advising that the battery charges from zero to 80% in one hour.

Lenovo will be launching the laptop later this year, with the price starting at $1,599 USD. We’ll have more details on local availability closer to launch.

The keyboard can be connected to your laptop or desktop and offers the same design and function you’ve come to know and love from Thinkpad keyboards, including the awesome Trackpoint.

The keyboard has a long, two month battery life and will recharge up to a week of charge in just 15 minutes via a USB Type-C charger.

Want to get your hands on one of these? They’re going on-sale in May for $99.95 USD, and we’ll be updating with local pricing when it’s available.