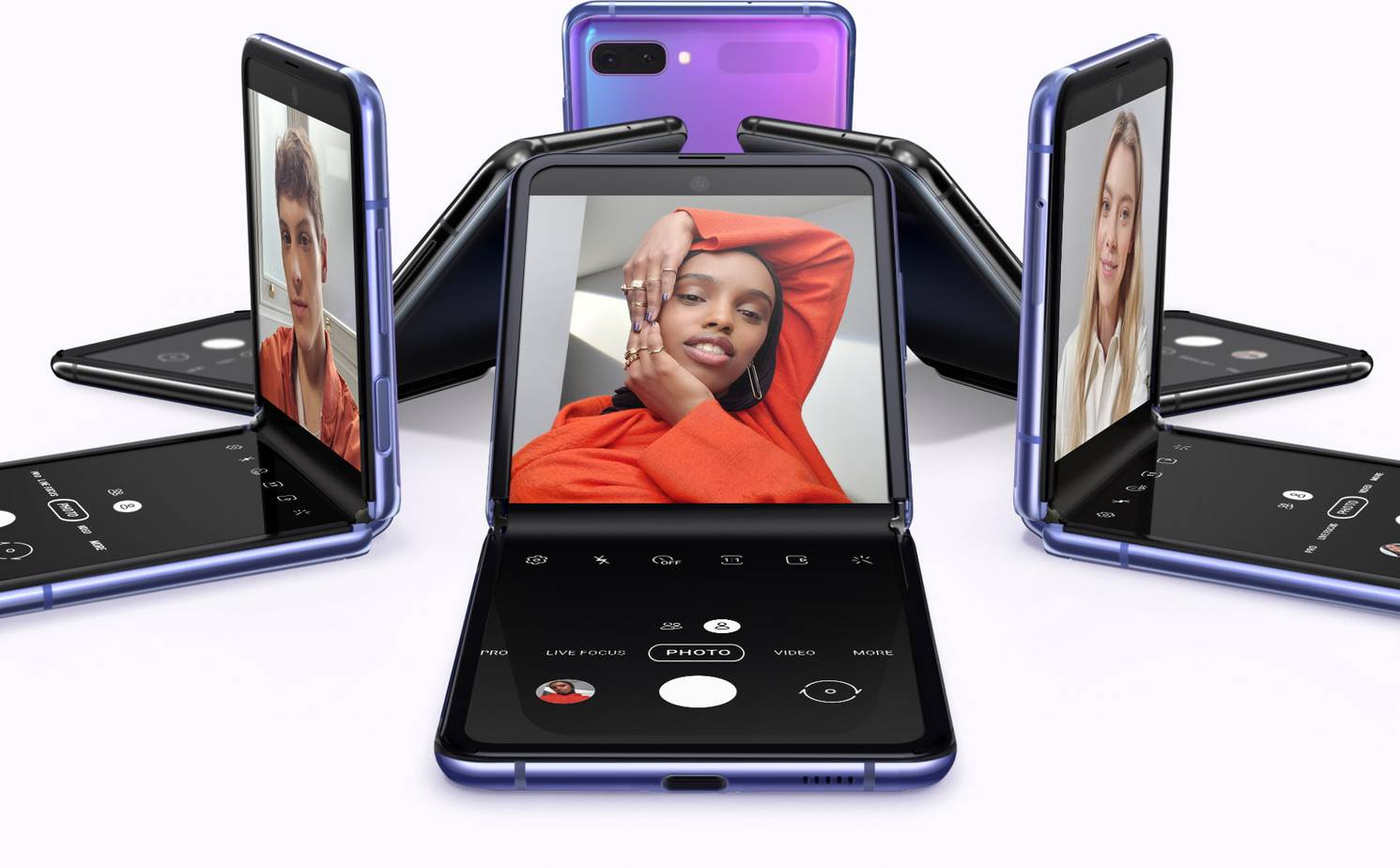 Well here’s one we can’t wait to get our hands on – Samsung has confirmed the Galaxy Z Flip smartphone.

Somehow doing more to challenge the laws of physics the Galaxy Z Flip has a folding glass screen – yes, glass.

In what could be an effort to address the durability issues of plastic folding screens the Glass display is a revolution.

Closed, it’s small and easy to carry or put away. On the front near the dual cameras is a tiny 1.1 inch touch display for notifications and always-on display info.

Introducing the phone in San Francisco, President of Mobile at Samsung Dr TIM Roh said “At Samsung, we were encouraged by the excitement for the Galaxy Fold. Galaxy Z Flip is an important next step as we look to build the foldable category by bringing to consumers a new form factor, new display and most importantly, a new kind of mobile experience,”

“With Galaxy Z Flip’s unique foldable design and user experience, we’re redefining what a mobile device can be, and what it enables consumers to do.”

The company refers to the Galaxy Z Fip as the “first device in the Z series” which points to a range of new form factors to come.

Most importantly, the company has done more than just add a fold to the screen, they’ve thought about how it might be used.

That 1.1 inch screen on the outside? Also a preview of the photo you’re taking on the rear camera if you choose.

The phone isn’t just open or shut, it can be opened and left on like an L shape or other angles. This allows you to sit it on a bench and use it for video calls, or perhaps on a ledge with the timer on the camera shutter for group photos. Real cool.

We’ll have more details and impressions once we’ve had a chance to check it out.

Here are the details of the Galaxy Z Flip, which while detailed, do not include the intricacies of local versions or fine print:

Trevor Long travelled to San Francisco for UNPACKED as a guest of Samsung Australia.