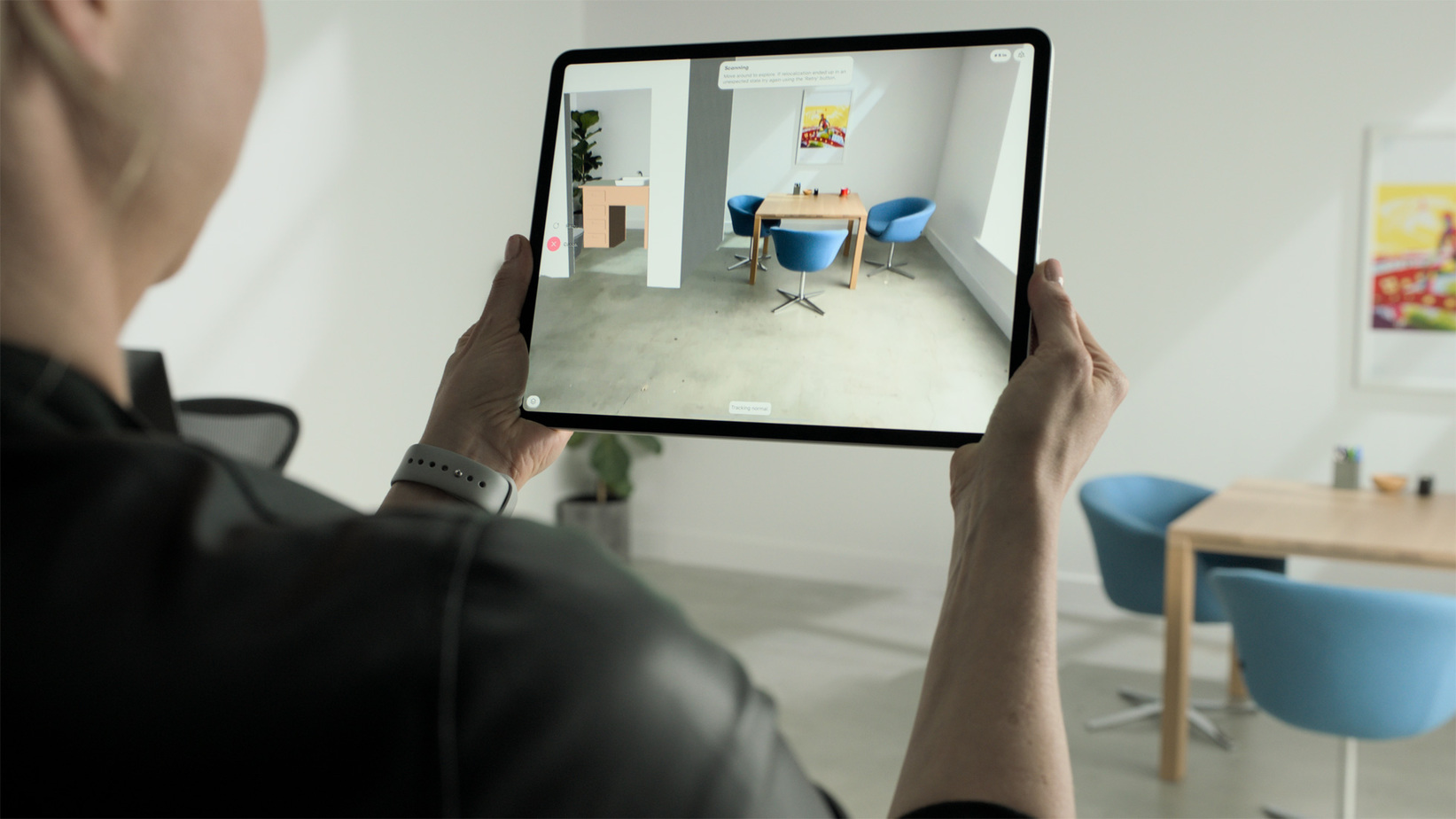 Four out of the last five years Apple has made product announcements in March, the last three have been near the end of March – around this time of year.

But with the world quite frankly in chaos, there was no way Apple could put 1500 people in a room having flown them from all around the world.

Featuring upgrades to the processor that Apple are claiming make it “faster and more powerful than most Windows PC laptops” the iPad Pro is aimed fairly and squarely at the highest end users.

I’ll go through the camera upgrades shortly, but it seems the LiDAR scanner is their headline act as they’re calling it a “Breakthrough”

LiDAR is a scanning technology being found in many of the most advanced autonomous car concepts, scanning the world around them in real-time to update the car on what’s happening.

In an iPad Pro it will scan objects up to 5 meters away working both indoor and outdoor.

This is so much more than what the Augmented Reality processes within the cameras on iOS devices to date can do.

It’s possible the iPad Pro could be used in indoor surveys of rooms or furniture, but most importantly it brings an amazing new level of accuracy to the AR world, and the Measure App is now best in class – able to accurately calculate someone’s height.

This keyboard looks amazing. It’s a multi-hinge design which sits the iPad up off the desk, and has a USB-C pass-through port on it to leave the main USB-C connection free.

Sadly, it’s not available until May.

“Combining the most advanced mobile display with powerful performance, pro cameras, pro audio, the breakthrough LiDAR Scanner and new Magic Keyboard with Trackpad, this is another huge leap forward for iPad. There’s no other device in the world like the new iPad Pro and we think our customers are going to love it.”

Taking aim at the Laptop was Apple’s Craig Federighi “We’re making iPad even more capable and versatile by bringing trackpad support to iPadOS,”

“We carefully considered the best way to integrate trackpad use into a touch-first environment while retaining everything our customers know and love about iPad. We’re thrilled to bring this new way of interacting with iPad to the millions of people using iPadOS today.”

When you connect a trackpad, the cursor appears as a circle that “highlights user interface elements, text fields and apps on the Home screen and Dock, giving a clear indication of what users can click on. “

Apple says the battery life will be 10 hours, and given there’s an eight-core CPU in there with their new A12Z Bionic Chip – that’s pretty good.

On the camera front, the new iPad camera module looks a lot like the iPhone 11, featuring a 12MP Wide camera, and a 10MP Ultra Wide.

They’re available now, though with Apple Stores closed, you’ll have to wait until next week for Shipping to arrive.