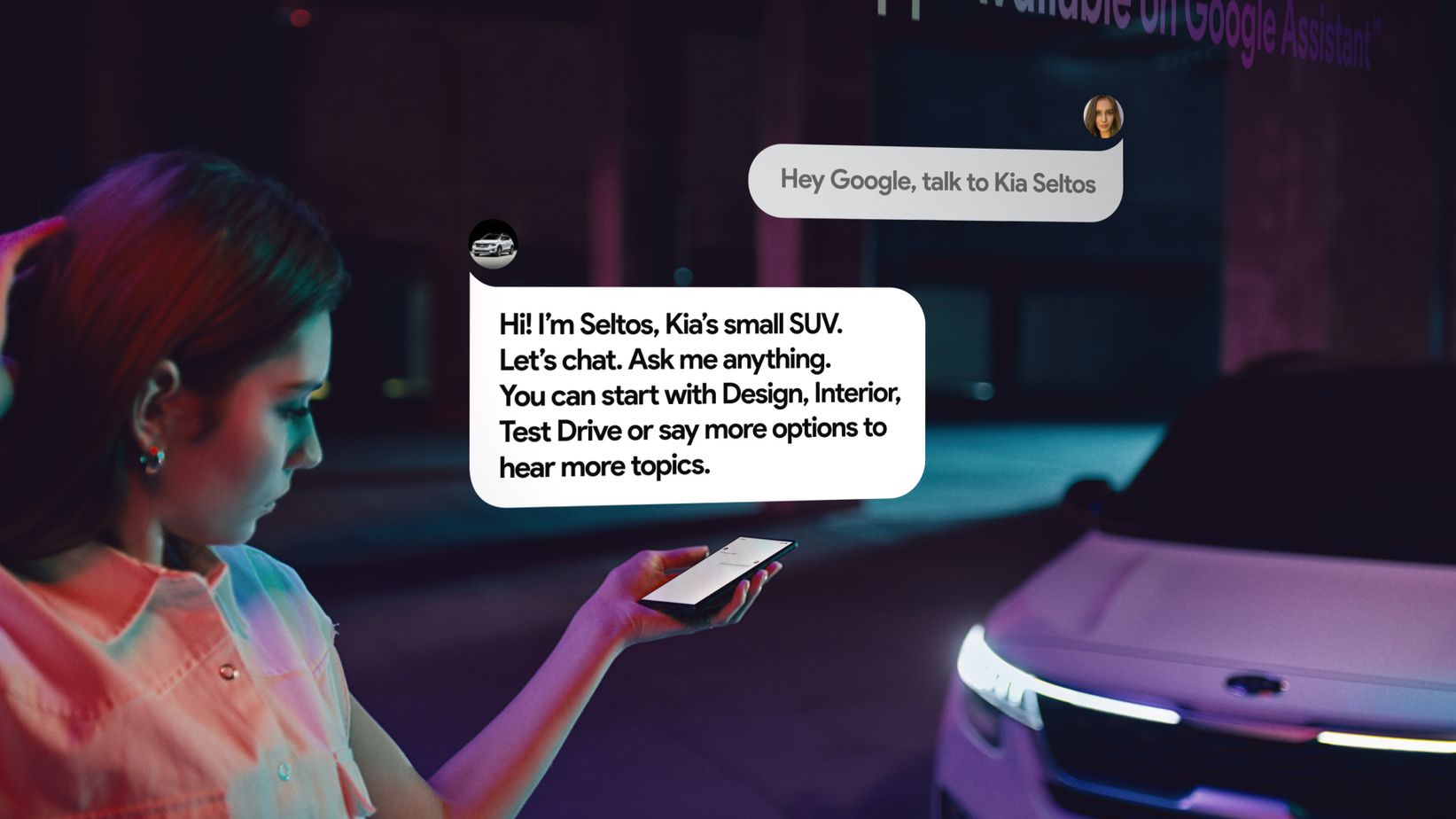 Hey Google, tell me about the Kia Seltos

Yep, that’s a thing – Kia have worked with Google to build a Google Assistant sales representative.

It’s a massive gimmick, but, it actually works. I just had a five-minute conversation with Google about a car.

I was able to find out the price range, confirm it has electrically adjustable seats (though Google made it clear that was only in the GT line), and check it has Apple CarPlay.

Basically, think of it as a contents page for a really simple sales brochure. You can choose any section, like Interior, Safety or Technology, and it will list additional sub-topics you can ask about.

Kia says, and it’s true – asking a question is faster than typing, so once you get into the gist of how it works, it is actually pretty bloody cool.

Perhaps knock off a bunch of basic questions before you go into a dealer to drive a hard bargain.

Oh, and you can ask for a test-drive too – of course, that’s going to require connecting you with your nearest dealer.

And when you’re done, you’ll probably find it a bit frustrating, so let me save you the problem. If you’re finished. Just say “Exit” and you’ll be clear from the conversation.

Hey Google, tell me about the Kia Seltos